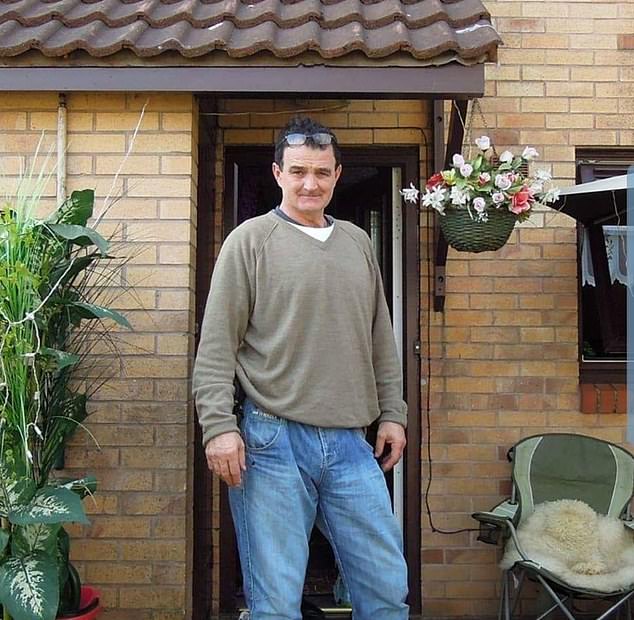 Serb war crimes A wanted suspect for torturing civilians during the war in the Balkans has been tracked down in the quiet suburb of Derby.

Milenko Maric, 62, a father of three who works as an electrician, must wear an electronic tag on his ankle and sleep in his home every night while he awaits extradition proceedings on July 21.

He lives in a modest council house and his wife, who has health problems, helps the children get to the nearest primary school every day.

A shocked neighbor told A mirror: “He and his wife are private people – they don’t speak much English, but they are very nice. He worked part-time as an electrician, and she helps out at a local school.

“You wouldn’t think for a minute that he was wanted for war crimes.”

But Maric, who arrived in the UK as an asylum seeker more than 20 years ago, is accused of being part of a ruthless militia that attacked non-ethnic Serbs at the height of the 1991 war in Yugoslavia.

Prosecutors in his home country say the attacks took place in August and September 1991 in a prison after the victims were dragged from their homes.

Electrician father-of-three Milenko Maric, 62, pictured outside a council house in Derby, is accused of being a Serbian war criminal for crimes committed in 1991. 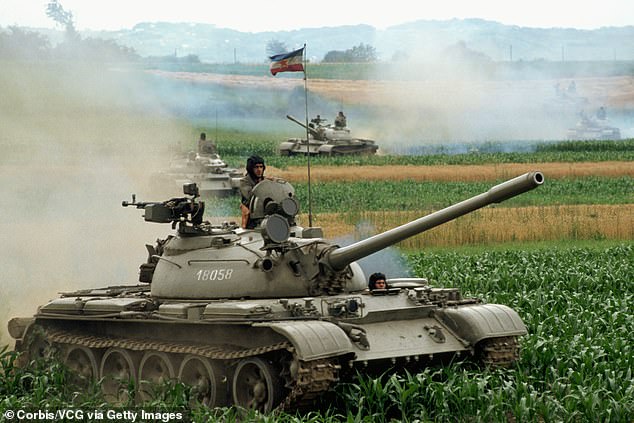 Serbian paramilitary formations occupied the Baran region from 1991 to 1995, where they committed atrocities against the non-Serb population. In the photo: a Serbian tank on the border between Croatia and Serbia 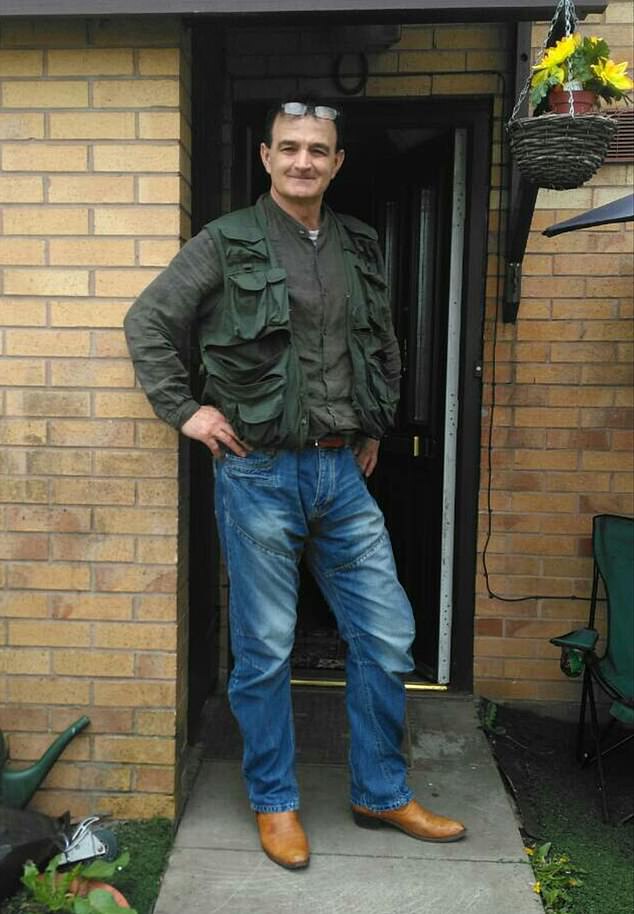 Maric, who arrived in the UK as an asylum seeker more than 20 years ago, is accused of being part of a ruthless militia that attacked non-Serbs at the height of the 1991 war in Yugoslavia. He denies the accusations against him.

One victim, identified as Joho, claims that Maric and two other police officers beat him “several times” with rubber electric batons, causing injuries “all over his body.”

Joha also claims that the militia searched and ransacked his home, taking cash, a gold ring, a gold necklace and a watch.

Legal documents state: “MM [Milenko Maric]as a member of the Secretariat for International Affairs of the Monastery, took out a number of civilians of non-Serb ethnic origin from the Baran region and attacked them.”

The Baranja region, today shared between Hungary and Croatia, was the center of fierce fighting during the Croatian War of Independence between 1991 and 1995, when 1,700 people were killed in Baranja’s main town Osijek alone.

From 1991 to 1995, it was occupied by Serbian paramilitaries, who committed atrocities against the non-Serb population, until it returned to Croatian control in 1998 after being handed over by UN peacekeepers. 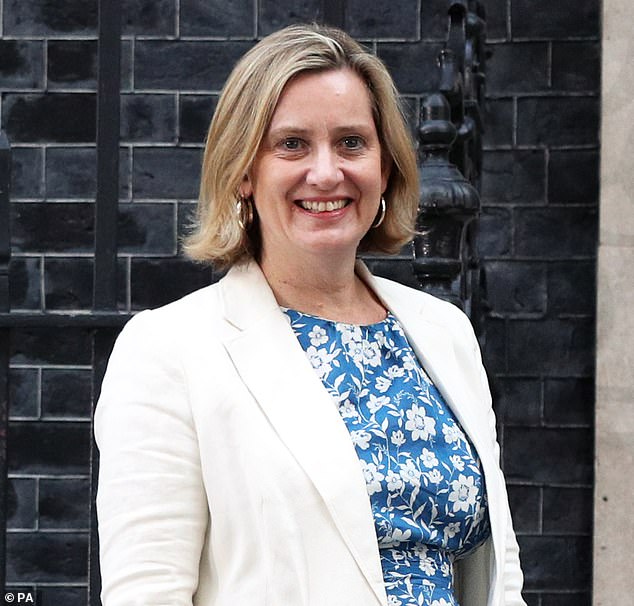 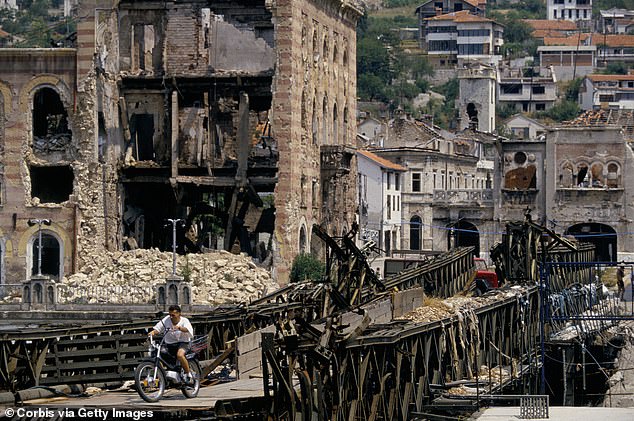 Part-Croat and part-Muslim, the city of Mostar in present-day Bosnia and Herzegovina was besieged and heavily bombed during the Croatian War of Independence. The conflict was very bloody, killing about 140,000 people, according to the International Center for Transitional Justice, and included acts of genocide and ethnic cleansing

An arrest warrant for the father of three was issued the same year by the prosecutor’s office in Osijek for crimes against humanity.

By this time, Maric had already fled to Great Britain, where he received an indefinite stay permit.

But persistent war criminal hunters tracked him down to his home in Derby and arrested him in June 2015. A Westminster judge ordered his extradition to Croatia, and then Home Secretary Amber Rudd approved the decision.

He vehemently denies the allegations against him, telling The Mirror: “I am innocent. I am unfairly accused. I am not happy to do anything without my lawyer.

“I don’t want to give any information, it’s just that I’m innocent.”

A court in Croatia later acquitted him in absentia, but surprisingly, the country’s Supreme Court overturned the verdict and a new international arrest warrant was issued. 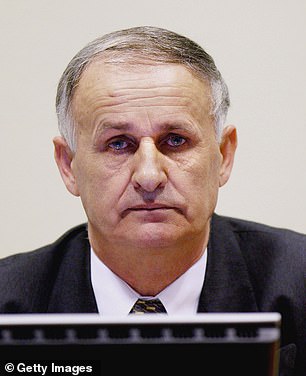 Radislav Krstic, who had his throat slit by Muslim inmates at Wakefield Prison in 2010

He was re-arrested by officers from the National Extradition Squad last March and is due to face a full hearing at Westminster Magistrates’ Court on July 21.

The Balkan Wars were a multi-phase civil war that took place between 1991 and 2001, when Yugoslavia was divided along ethnic lines.

The conflict was very bloody, with an estimated 140,000 deaths and including acts of genocide and ethnic cleansing, according to the International Center for Transitional Justice.

While Maric can expect to serve any prison sentence in a Croatian prison, a number of Serbian war criminals are serving their time in British prisons.

Radovan Karadzic, the former Bosnian Serb leader convicted of genocide by the International Criminal Tribunal in The Hague, Holland, will serve the remainder of his prison sentence in the UK.

His genocide conviction stems from his responsibility for the 1995 massacre of more than 7,000 Muslim men and boys in Srebrenica.

Five people convicted of war crimes by tribunals in the former Yugoslavia have in the past been sent to British maximum security prisons.

Among them is former Bosnian Serb general Radislau Krstic, who had his throat slit by Muslim inmates at Wakefield Prison in 2010 (later transferred to a Polish prison).

PC Grace is heading for a National Police Bravery Award

The victim of a stab wound in Ballycastle is in hospital,...