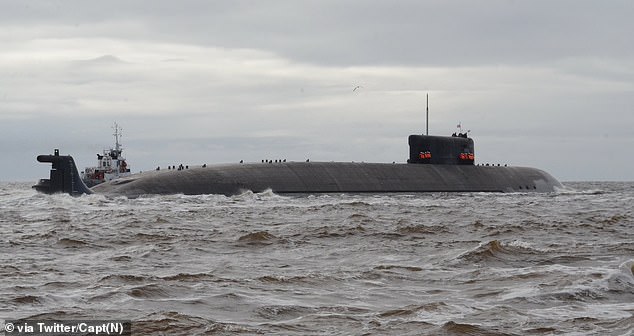 Yesterday, the Russian Navy received a “doomsday” submarine equipped with nuclear torpedoes “the size of a school bus” so powerful they could cause a “radioactive tsunami.”

At 184 meters (604 feet) long and displacing 30,000 tons, the Belgorod submarine is the largest submarine built in the last 30 years and can accommodate six 80-foot-long Poseidon nuclear torpedo drones armed with a nuclear payload of up to 100 megaton. US Naval Institute News reports.

This unmanned weapon can cause tsunamis up to 500m (1,650ft) high and is designed to cause a “devastating” widespread radioactive fallout similar to a cobalt bomb.

The Poseidon torpedoes are designed to “destroy” economically important coastal cities by “creating large areas of radioactive contamination that render them unusable for military, economic or other activities for a long time,” according to a leaked Russian document, translated BBC in 2015.

The ship is believed to be equipped with up to six nuclear torpedoes, each capable of carrying warheads with a yield of up to 100 megatons, which could cause radioactive destruction when used against coastal cities. 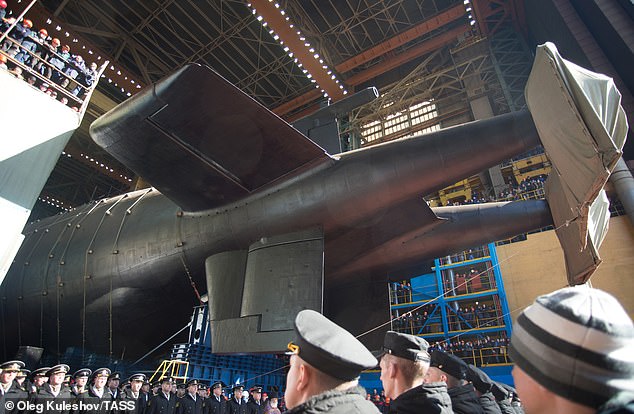 The 80-foot-long Poseidon torpedo drones can carry a warhead of up to 100 megatons, according to a 2015 leak. This unmanned weapon can cause tsunamis up to 500 m (1,650 ft) high and is designed to spread radioactive contamination similar to a cobalt bomb.

The weapon was also found to have a range of thousands of miles.

A warhead of that size would have devastated the US coast with a giant tsunami and radioactive fallout – and Russian military experts suggested the 2015 leak was a warning to the US.

In May 2020, the state-run Russian news agency TASS reported that the payload could be up to two megatons to “destroy enemy naval bases” and have a depth of action of more than 1 km.

Russian Navy Commander-in-Chief Mykola Tevmenov said at the submarine’s handover ceremony yesterday, July 8, that it will be used for “research and scientific expeditions,” TASS reports.

He said: “the Belgorod submarine opens up new opportunities for Russia in conducting various researches and helps to carry out various scientific expeditions and rescue operations in remote areas of the world’s oceans.”

The ship was built at Russia’s largest shipbuilding enterprise “Sevmash” in Severodvinsk and yesterday was transferred to the headquarters of the Russian Northern Fleet in Severodvinsk.

The handover to the Russian Navy takes place after its start first sea trials last year, reportedly under the secretive General Directorate of Underwater Research after threats to sink British and American warships in the Black Sea.

Belgorod is an Oscar-II cruise missile submarine that has been modified to perform covert missions and carry large Poseidon nuclear torpedoes. 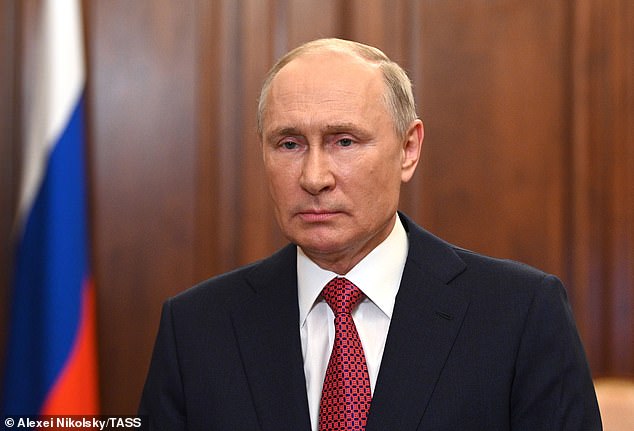 President Vladimir Putin’s giant submarine Belgorod (pictured) could be used to cut underwater telephone and internet cables, which could cause untold damage to Western economies

“On July 8, 2022, at Russia’s largest shipbuilding enterprise “Sevmash Production Association” (part of the United Shipbuilding Corporation), a solemn ceremony of signing the act of acceptance-handover of the research submarine “Belgorod” to the Navy took place. This is stated in Shipyard messages transmitted by TASS.

In January of this year, the Russian Navy announced that it would receive a “special purpose submarine with nuclear drones” on July 31 of this year, meaning that the handover took place three weeks early.

It will be operated by the Navy, but its missions will be controlled by President Vladimir Putin.

The Belgorod submarine was captured by satellite imagery on the surface of the White Sea alongside the world’s second-largest submarine, the Dmitriy Dansky, on June 26, according to defense analyst H. I. Satan, who called the Belgorod “the submarine of the end of the world.” .

He said: “These submarines are gigantic, much bigger than any in the West, even the US Navy’s Ohio class.” 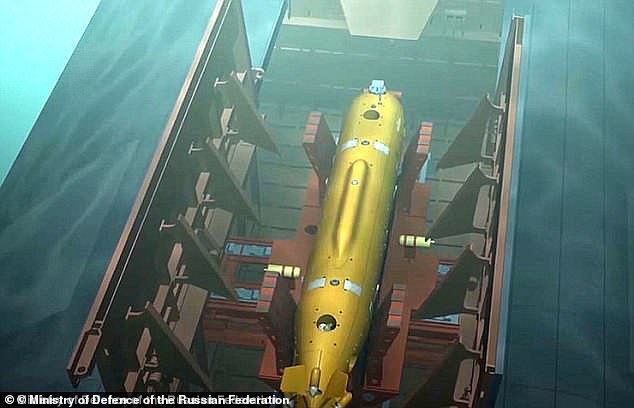 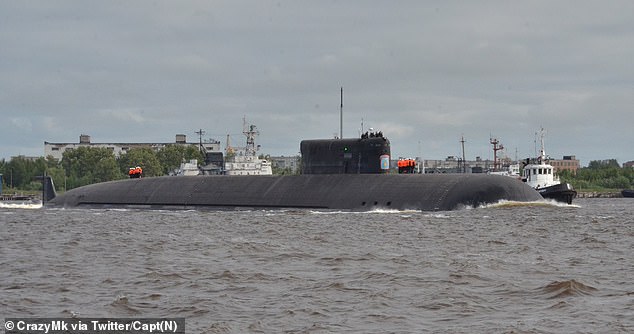 One of the earliest photographs of the 604-foot Belgorod submarine, the largest submarine of its type in 30 years. It was delivered to the Russian Navy yesterday, July 8, after years of testing

Dr Siddharth Kaushal of the Royal Joint Services Institute told The Mail on Sunday last year that he believed a fleet of unmanned underwater vehicles (UUVs) could be of strategic importance to President Putin.

Dr. Kaushal said: Belgorod is large enough to serve as a carrier ship for a unique set of smaller vessels that have deep-diving and subsea infrastructure capabilities.

“It is well equipped for sabotage and covert operations. Its Poseidon nuclear torpedoes can also be a very effective means of attacking an aircraft carrier in wartime, against which there are currently no defenses.

“Belgorod itself will not be part of the Russian navy, which means that its secret and aggressive actions can actually be denied.

“It appears that the submarine is designed to conduct special forces operations, and its commanders are directly responsible [political] leadership and bypassing the Russian naval command.”

Zac Efron is speaking out about facial surgery speculation

“We haven’t won the World Cup in a long time”

Do you guys remember the story? James Corden and Dominic...