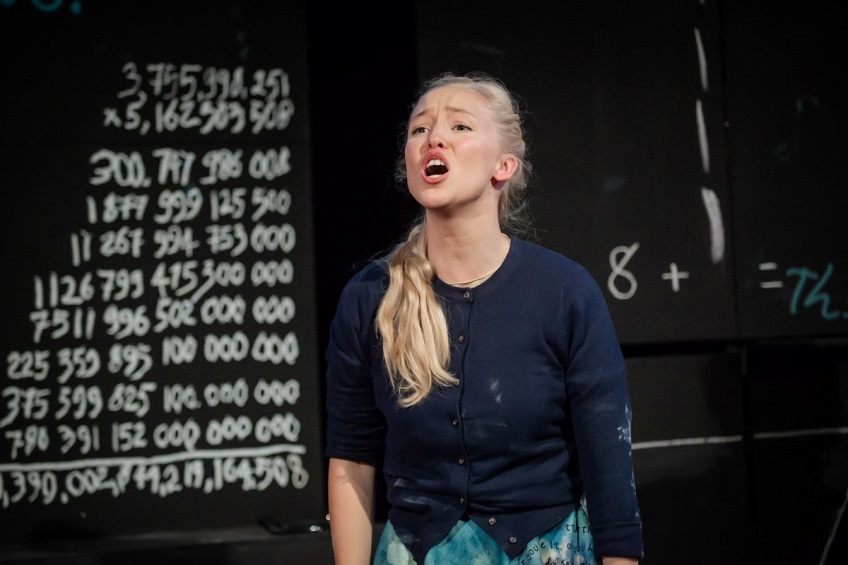 Eugène Ionescu (1909-1994), a French-Romanian playwright who was initially rejected by critics and received little public attention, became one of the leading playwrights of the French avant-garde of the 1950s. His plays have been staged all over the world, attracting big names.

A lessona Theater of the Absurd classic that premiered in Paris in 1951 and has not had a major revival in Britain since a young Prunella Scales staged it in 1957. I last saw the play at the Royal Opera House in a dance theater adaptation by the Danish choreographer Fleming Flint.

A fifty-year-old professor of mathematics and philology is so obsessed with his own words that he rapes, rapes and kills an 18-year-old student.

The girl does not know how to subtract numbers, but she knows how to multiply them and suddenly multiplies the most fantastic sum in her head, explaining to the surprised professor that she has memorized all the answers.

Hazel Caulfield plays a girl with a bright innocent girlish smile. Jerome Nganadi is cast as a serial killer who psychologically manipulates her.

Ionesco’s one-act play, a surreal satire on power and knowledge, ends with a blatant political statement. The professor’s maid and associate gives a Nazi armband to the professor she manages. The maid is played by Julie Stark.

The director is Max Levendel, the founder of the theater company Icarus. The production is never sufficiently fun and sexually terrifying.

Icarus strives to make its work accessible to the deaf and hard of hearing. This is a worthy goal; but in this particular case there are too many creative subtitling technologies. It overwhelms the game. The constant opening and closing of cabinet doors is distracting. There’s so much writing on the panels, words flashing on and off, that the dialogue becomes hard to read.

After the London screening, “Icarus” will go on tour A lesson, having visited 40 venues in the UK. For more information follow this link.

Heat beats down on pets – but new fan in Japan...

I have big boobs – my boyfriend says they’re a “big...