Newsheadlinesuk.com
Home World Protesters storm the home of the Sri Lankan president as the country... 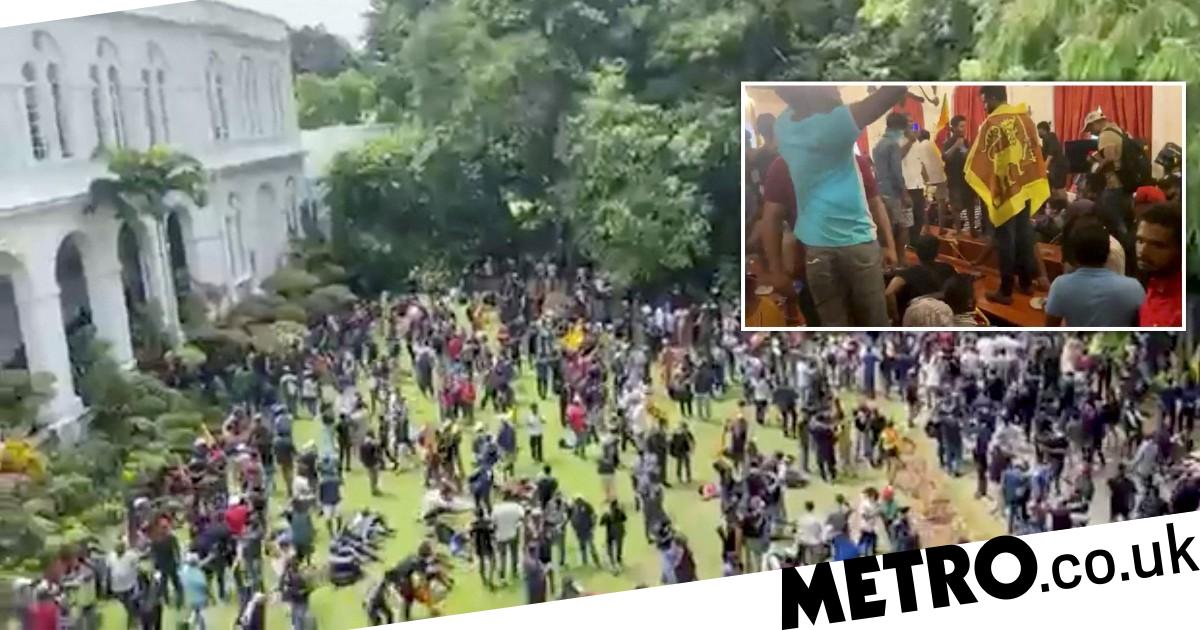 Thousands of people demonstrated in the capital Colombo against the island nation’s worst economic crisis in recent times.

Inflation is approaching 60% and the country is running out of foreign exchange reserves to buy fuel, food and medicine.

People had to queue for supplies in major cities and clashed with police and security while they waited.

Schools were suspended and fuel use was limited to essential services.

It was not clear whether Mr. Rajapaksa was inside the Colombo residence, but cellphone video footage showed a large number of people inside the well-fortified house and in the grounds outside.

Hundreds of protesters, some carrying national flags, also entered the president’s office in a nearby building.

Protesters blame Mr. Rajapaksa for the economic woes and have occupied the entrance to his office building for the past three months, calling for his resignation.

Video posted on social media showed hundreds of protesters running into the president’s residence chanting “Gota go home” while calling the president by his nickname.

Barricades were toppled as protesters pushed past security and stormed the colonial-era parliament building, which had been converted into the president’s office.

At least 34 people, including two police officers, were injured in the fighting as protesters tried to enter the house.

The police fired tear gas into the crowd, but could not control the crowd of demonstrators.

Two of the wounded are in a serious condition, the others received minor injuries, hospital officials said.

Thousands of protesters entered Colombo from the suburbs earlier on Saturday after police lifted a nighttime curfew.

The government’s negotiations with the International Monetary Fund were difficult because it now entered the negotiations as a bankrupt state.

In April, Sri Lanka announced that it was suspending foreign loan payments due to a shortage of foreign currency.

Yesterday, the US ambassador to Sri Lanka, Julie Chung, asked people to protest peacefully and called on the military and police to “give peaceful protesters the space and safety to do so”.

She tweeted: “Chaos and force will not fix the economy or bring the political stability that Sri Lankans need now.”

Months of protests have nearly brought down the Rajapaksa political dynasty that has ruled Sri Lanka for most of the past two decades.

One of Mr. Rajapaksa’s brothers resigned as prime minister last month, and two other brothers and a nephew left their cabinet posts earlier, but Mr. Rajapaksa has retained power.

Mr Wickremesinghe took over as prime minister in May and the protests temporarily subsided in the hope that he could find money for the country’s immediate needs, but now people want him to resign, saying he has failed to keep his promises. .

Emily Maitlis refers to ‘Tory cronyism at the heart of the...

Award-winning author Kerry Hudson will bring the joy of books and...