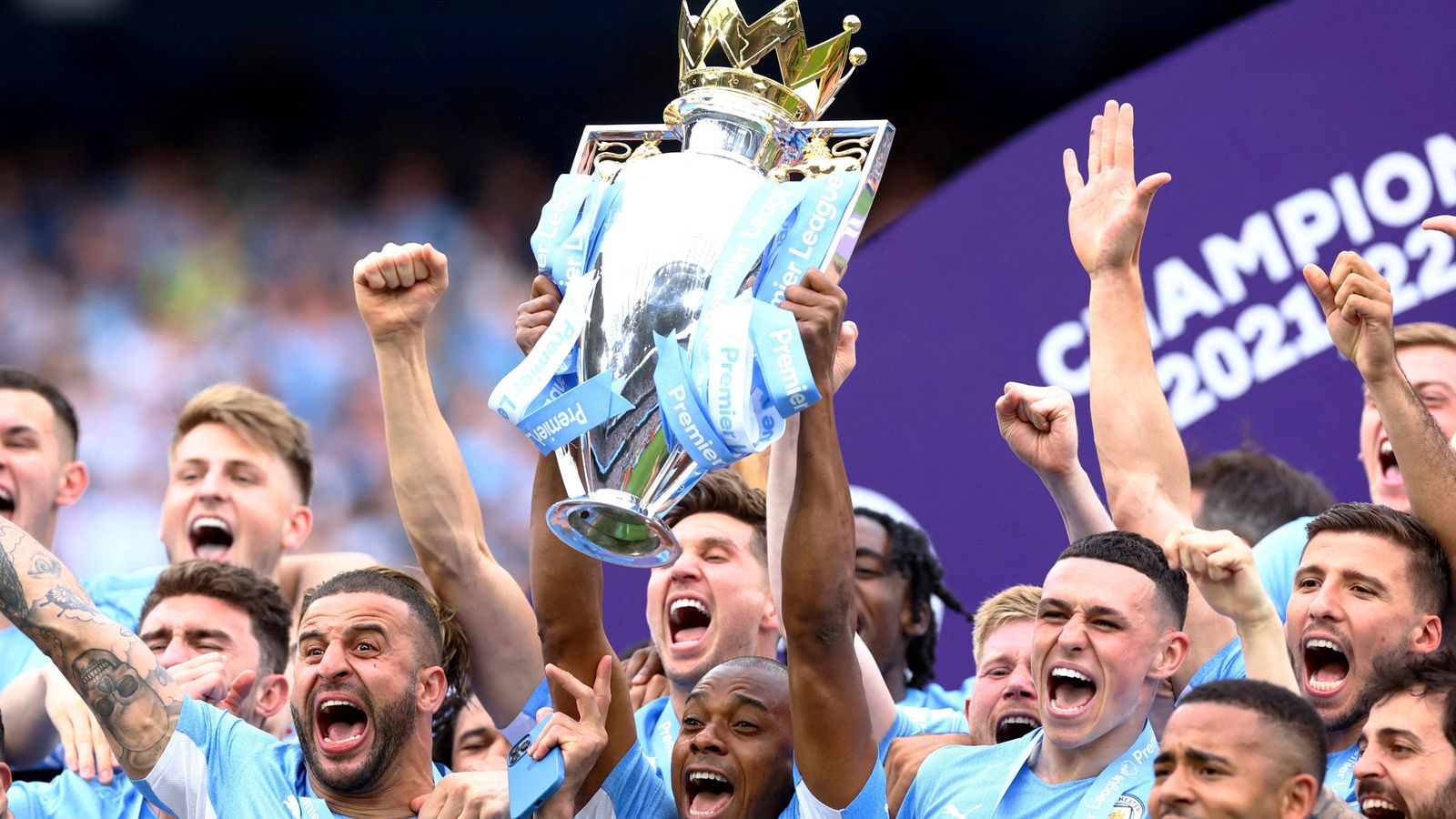 The Premier League has postponed a vote on a voluntary ban on shirt sponsorship by gambling companies as a political crisis in Westminster threatens to delay crucial reforms to the industry.

Sky News has learned that the Premier League emailed 20 top-flight clubs on Thursday, including Arsenal, Liverpool and Manchester United, to inform them that the deadline to support the curbs, was canceled.

Instead, the proposals will be discussed at a previously scheduled shareholders’ meeting on July 26, according to club chiefs.

The delay came hours after Chris Philp, the gambling secretary, resigned along with dozens of his colleagues who tried to force Boris Johnson out of office.

Mr Philp was due to present a White Paper on gambling reform in the coming weeks, with the threat of legislation to remove gambling brands appearing on Premier League shirts still on the table.

One industry source said the delay could be interpreted as an attempt by anti-gambling activists to capitalize on the crisis engulfing Mr. Johnson and his administration.

on monday Sky News has revealed that the Premier League is looking for support from clubs for a voluntary ban that will see betting companies disappear from team shirts for the next three years.

Under the proposal, the voluntary ban would come into force at the start of next season, but would allow existing deals to run, provided they expire no later than the 2024-25 campaign.

One club executive said there was a desire to discuss the plans before the vote.

Premier League rules mean that the approval of at least 14 clubs is required for a vote to be approved.

Another club executive said the Premier League had indicated the betting sponsorship ban should be permanent, but would be subject to a clause allowing it to be lifted with two years’ notice in certain circumstances.

Perimeter advertising for gaming companies will continue, according to one recipient of the proposal Monday.

The issue is sensitive for the leading English football clubs, because many of them have become dependent on income from the gaming sector.

Almost half of the Premier League’s clubs, including Newcastle United and West Ham, sponsored bookmakers last season, although the Magpies are likely to secure a replacement for Fun88 after the upcoming campaign.

One football finance analyst suggested that the big six clubs – Arsenal, Chelsea, Liverpool, Manchester City, Manchester United and Tottenham Hotspur – should support a voluntary ban as none of them have there were no sponsorship agreements with gambling companies.

However, the Premier League’s proposal, if passed later this month in its current form, will anger anti-gambling campaigners as it will not lead to an immediate and total ban on the gambling industry to maintain a presence in the stadiums and on the shirts competing in the most-watched domestic football tournament in the world.