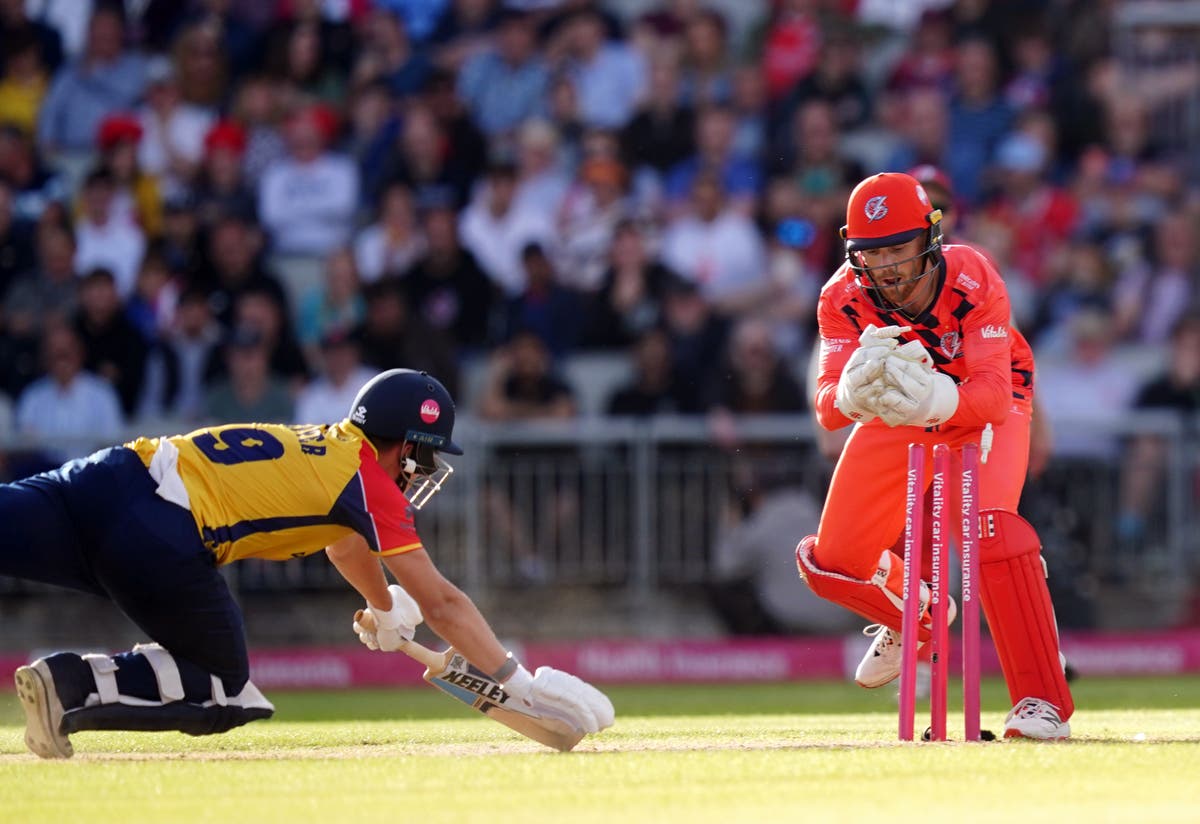 Phil Salt and Michael Pepper caused a stir on social media on Friday when the two aptly named cricketers helped dismiss each other during the Vitality Blast quarter-final clash between Lancashire and Essex.

With Essex batting first at Old Trafford, Pepper was making good progress as he slipped to a spin delivery from Tom Hartley looking to add to his tally of 36.

However, the 24-year-old’s swing and miss was eaten up by Lancashire wicket-keeper Salt, who whipped the pads to dismiss the Eagles batsman.

Essex posted 161 for five from their innings and although the chase proved ultimately comfortable for Lancashire, Pepper avenged Salt with a superb performance.

A powerful attack on the border from the village England the batsman was caught by Pepper who threw the ball to teammate Ben Ellison before stepping over the boundary rope as Salt was dismissed for 27.

However, the Lightning did not let the dismissal derail them as they made short work of their opponents, reaching the target of 162 with over four overs to spare.

Lancashire will compete for the trophy during the final day in the Edgbaston July 16, facing arch rivals Yorkshire in the semi-finals.

Truss tells United Nations UK will no longer depend on those...

Thousands more neighborhood criminals will be tracked by GPS as part...

Where did monkey pox come from?