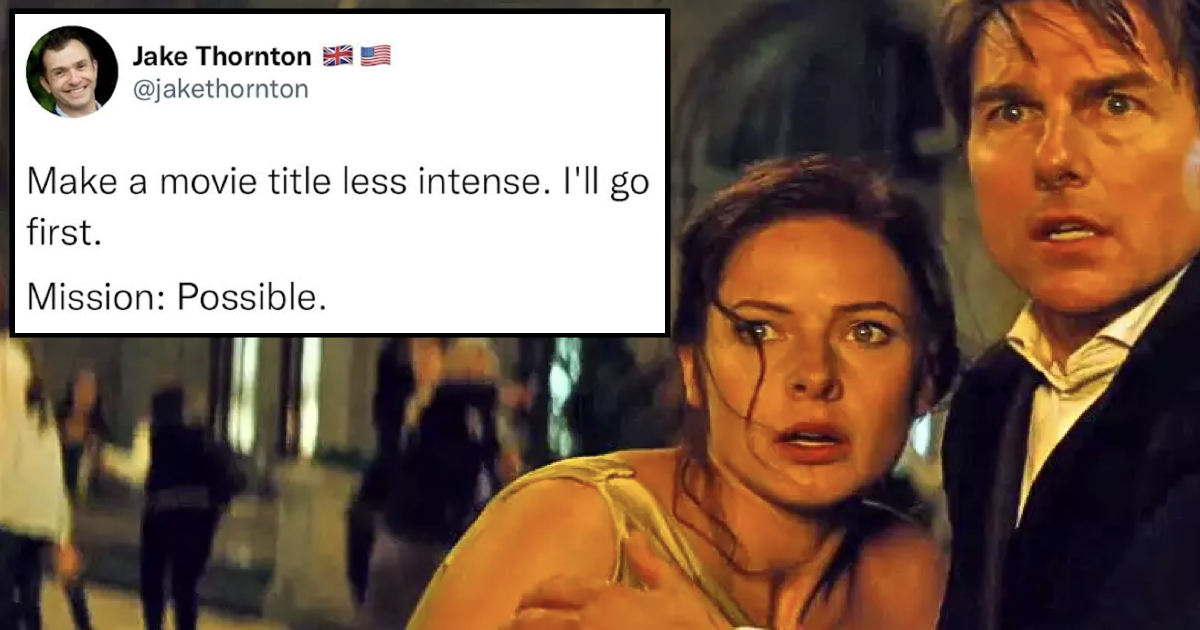 On Twitter, people are messing around with movie titles after the screenwriter, author, and producer @jakethornton encouraged people to do so.

Make the movie title less intense. I will go first.

And it sparked no end of very funny responses, like this one from the great Michael McKean (Better Call Saul Robbed! Again!).

Scott Pilgrim vs. his small circle of emo friends in the Toronto area https://t.co/TXxM6nQOGa

And all of these 30 warm classics deserve an award.

The apocalypse is coming.

Excuse me, but have you seen Red October?

Some of the president’s people

Harry Potter and the Chamber of Public Lore

NIGHT OF THE LIVING

On the East Express

The Empire is minding its own business

A man is in a serious condition after being rescued from...

LDI is not designed to withstand the “fury” of a sell-off...

BBIG FOR YOUR BOTS: Stormzy wants to be on ITV2’s Big...