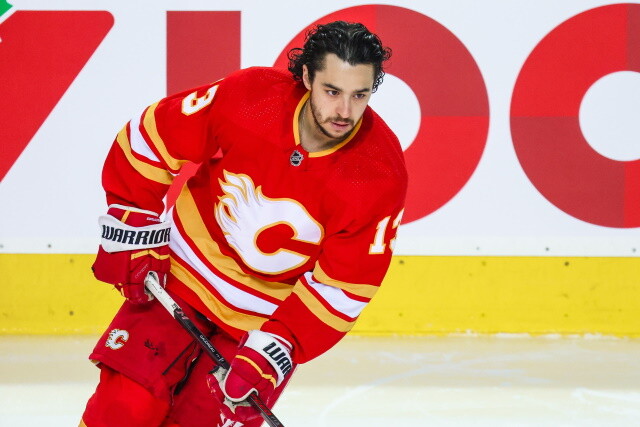 The devils looked at Slafkowski

NHL observer:Pierre LeBrun on TSN 1050: “A Devils source told me last night that their guy was Slofkowski and once the Habs picked him up, New Jersey did think about moving, but obviously there wasn’t time to do it at the time, so they took their next best choice.’

Avs and Nichushkin continue their conversation

David Pagnota: Reportedly pending UFA Valery Nichushkin and the Colorado Avalanche were close to a deal (as of yesterday) were not accurate. The parties are still talking.

“It looks like the Avalanche are making progress on the extension Valery Nichushkin”.

The Flames still want Gaudreau, but Kadri could be Plan B

TSN: Pierre Lebrun says Calgary Flames haven’t given up hope on re-signing Johnny Gaudreau but willing to go in a different direction if necessary.

“But the Flames aren’t giving up hope that they’re going to use the next four days to try to get a deal done with Johnny because Brad Treliving thinks there’s still a chance — maybe not a very good chance — but a chance that he can do it. And in the meantime, if he (Treliving) has to make a turn, he’s ready to do it on Wednesday.”

Chris Johnston wonders if the Flames’ plan B involves the Colorado Avalanche forward Nazem Kadri. Yes, Kadri opted out of a trade to Calgary a couple of years ago, but he wants to cash in and continue to play on a winning team.

“I think those are two things that are important to him. Calgary could be, especially if they can’t sign Gaudreau for the kind of money they’ve been talking about. And you know, it doesn’t look like there’s much going on in Colorado for Kadra. I think in an ideal world he would like to stay there.”

How to “look busy” in the office without having a job...