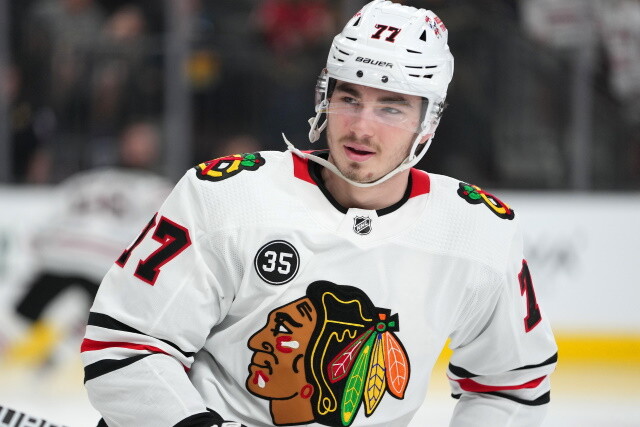 The Bruins are looking to get back to the first round. Could they trade Nick Faligno?

Jimmy Murphy of Boston Hockey Now: Boston Bruins GM Don Sweeney continues to try to return in the first round.

“Ideally we would like to get back to the first round. There are a few teams that are well positioned in the first round with a few, so the conversations are definitely happening. Some teams are just in pick mode and not in draft mode, so it’s a little bit harder to get into that situation,” Sweeney said during a media appearance in Montreal on Wednesday morning. “And give up good players. When you’re a competitive team, it’s hard to part with really good players, even if you want to go in the first round and improve your overall potential. That’s generally what a competitive team strives to be, and we’re no different than a lot of other teams that have given up first-round picks.”

The Bruins talked to the Columbus Blue Jackets about the 12th overall pick.

The Arizona Coyotes are willing to take on a salary cap. Can the Bruins shed $3.8M on Nick Foligno?

Bob McKenzie: Not surprisingly, it doesn’t look like the Chicago Blackhawks will be qualifying forward Dylan Strome. He will become a UFA on July 13th if he does not qualify by July 11th

It’s not a huge surprise, but it looks like Dylan Strome will be moving toward UFA status @TSNBobMcKenzie

Strome has shown some of his offensive skills at times, but he’s been pretty inconsistent at CHI and hasn’t been a favorite either Derek King last season. pic.twitter.com/tIEcypZhjL

Cottage on the block

Scott Powers: The Chicago Blackhawks are listening to trade offers for the forward Kirby Roof.

A top 15 selection will likely be required to acquire the Dach.

Pierre Lebrun: The Blackhawks listen on the front lines and are open to almost anything.

Acquiring teams would be a bet on potential https://t.co/ZAnw7IDrze pic.twitter.com/idGcr5sl1F

Royal Mail renews speculation that it may split

Jamie George is a suspected concussion in a potential blow for...

Religious conversion therapy “torn me apart.” We need a ban