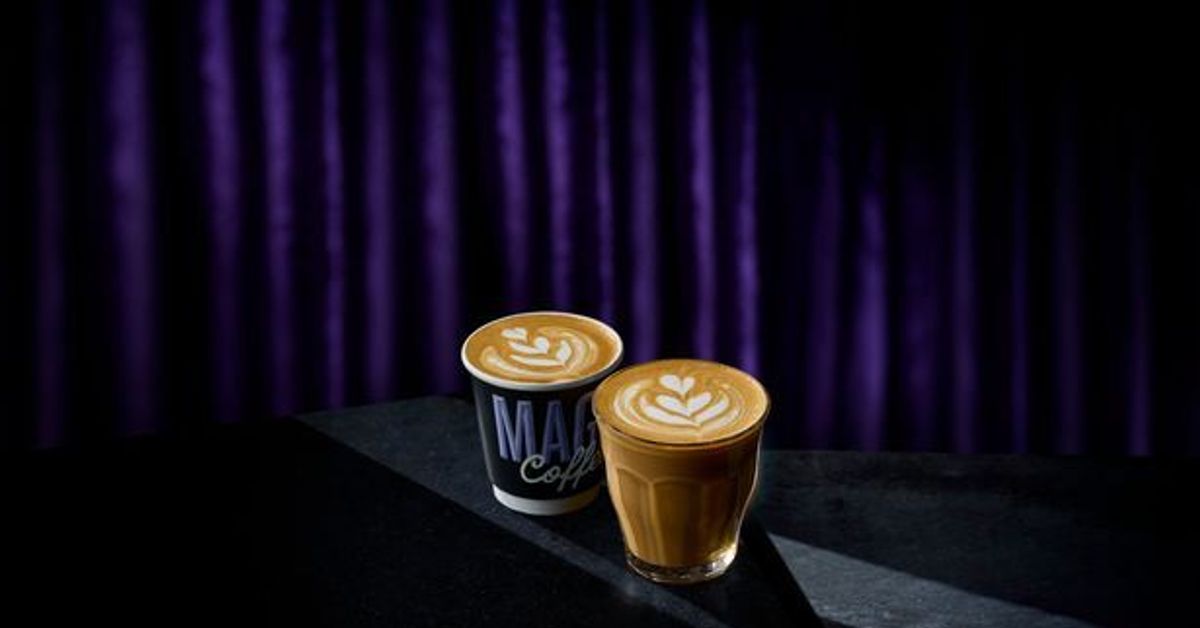 Sorry fellow Aussies, but while Magic Coffee™ has been exclusively yours since the early noughties, it’s finally made its way across the pond.

Magic Coffee, once a fairly underground order in Melbourne coffee shops, has been thrust into the spotlight by none other than Marks and Spencer.

So what’s the matter?

M&S said: “Magic Coffee is uniquely daring coffee, without bitterness. Served with velvety steamed milk, it is praised as a ‘magical’ perfectly balanced ratio of coffee to milk.’

Ok…but does it still sound like a flat white? Let’s explain the difference.

Magic Coffee is made with a double shot of ristretto and steamed milk in a 6oz cup – the same size as a cortada for the coffee lovers reading this.

A ristretto uses the same amount of coffee as a standard shot of espresso, but is much more concentrated due to the shorter extraction time.

Luckily, M&S has a great guide that shows what’s included in Magic Coffee compared to your coffee shop’s classic.

M&S Head of Coffee Tom Rawlinson visited the home of Magic Coffee, Melbourne in November to understand the hype behind it.

“You often hear coffee drinkers asking for ‘magic,'” he explained.

“It’s a short coffee with a bold, intense flavor, but because it’s made with double ristretto rather than double espresso, it doesn’t have as much bitterness as other shorter coffees like flat whites or cortados.

“It’s called magic because it’s literally a magical ratio of coffee to milk.”

You’ll only be able to head to an M&S cafe to try the magic for yourself, as M&S has registered the ‘Magic Coffee’ trademark with the Intellectual Property Office. So, no, rival coffee shops such as Pret and Costa cannot sell Magic.

At least until they rename it to something else…

James Corden and Julia Carey raise their hands during a family...

Joe Rogan’s half-sister says he is LYING about their father being...