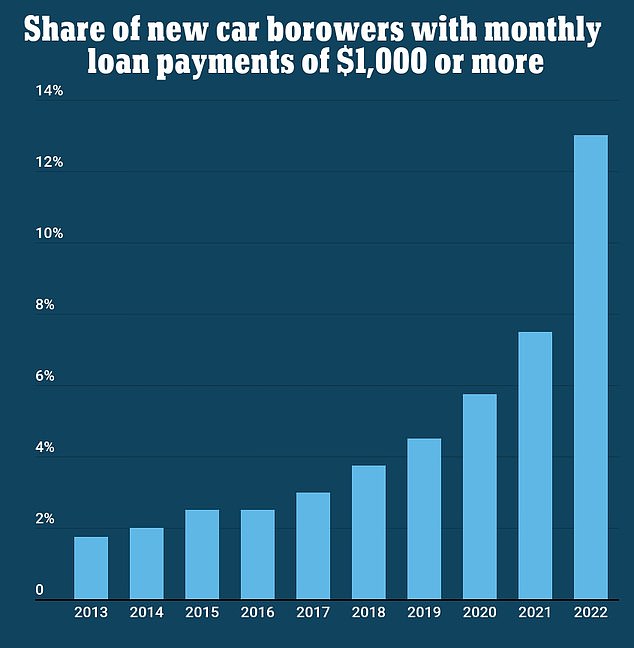 A record number of Americans are paying at least $1,000 a month to finance their new cars as interest rates rise and supply chains struggle due to the pandemic.

At least 12.7 percent of new car buyers who took out loans last month made monthly payments of at least $1,000, according to the car shopping website Edmunds.

At this time last year, the figure was close to 7 percent. In 2019, this level was closer to 5 percent. More than ten years ago, in June 2010, only 2 percent paid such amounts.

A record 12.7 percent of new car buyers who took out loans last month have monthly payments of at least $1,000. In 2019, the level was closer to 5 percent. In 2013, such amounts were paid less than 2 percent. Source: Edmunds 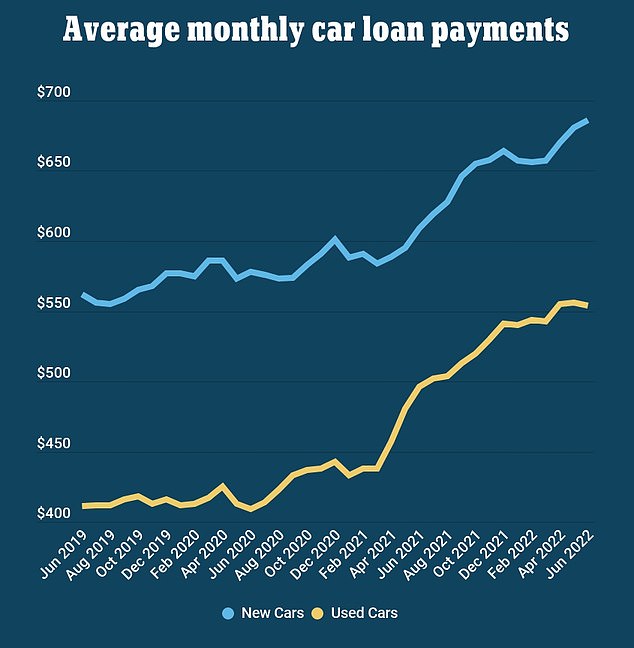 Monthly auto loan payments are also at a record high with the June average at $686. In the used car market, the average monthly payment was $554 per month. Source: Edmunds

The cost of purchasing a new vehicle is much higher than it was before the pandemic due to pandemic-related supply chain issues that have caused a shortage of new vehicles.

“Low interest rates used to be one of the few reprieve for car buyers amid high prices and tight supply. But the Fed’s rate hikes this year make fiscal stimulus much more expensive for automakers, and consumers are starting to feel the pinch, said Jessica Caldwell, executive director of insights at Edmunds.

“While there is a steady stream of affluent consumers willing to make car payments that are more akin to mortgage payments, the new car market is increasingly out of reach for most consumers.”

“When it comes to buying a car right now, it’s a go-big-or-go-home attitude,” said Ivan Drury, senior manager of information research at Edmunds.

Customers whose leases are coming to an end soon also find that their payments rise significantly when they have to renew their loan and financing agreements.

“An increase of one percentage point may seem small at first glance, but it adds hundreds, if not thousands, of dollars over the course of a 72-month or longer loan,” Drury said.

“In recent years, when financing rates have been low, the search for financial incentives has been less necessary, but shopping around for lower APR offers from dealers or third parties could make a difference in today’s market.

However, those looking for new cars often have good credit scores and a decent amount of money for a down payment.

To try to keep monthly costs down, some drivers sign up for loans with longer repayment terms of up to five to six years and sometimes more.

Although the monthly payments are lower, this can mean that buyers end up paying more in interest – possibly more than the value of the car itself.

Adam Peaty and the marathon runners compete on day two in...

Should you take a 25% pension lump sum upfront or in...

Labor has unveiled a £29bn cost of living plan