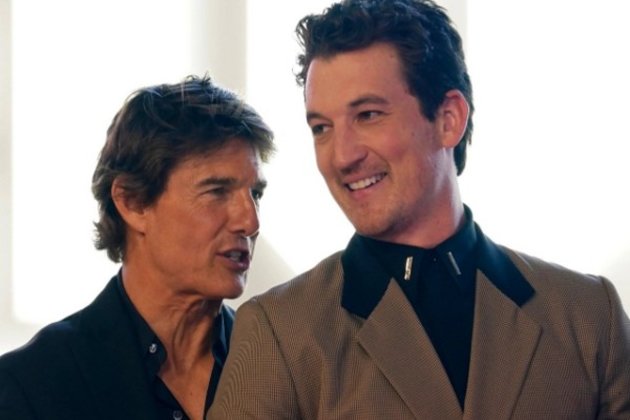 Washington [US], July 10 (ANI): Whiplash actor ‘Miles Teller’ has opened up about working with Tom Cruise again after the phenomenal success of ‘Top Gun: Maverick’ at the international box office. The actor said he was “having some conversations” about the next film.

According to Deadline , Miles Teller, who plays Rooster, the son of Maverick’s late best friend Goose, opposite Tom Cruise in the title role, told Entertainment Tonight, “I’ve had some conversations with him [Tom Cruise] about it. We’ll see.” This news will be good news for his fans, who flocked to theaters to see the big-budget sequel to the original 1986 film. Just a few days ago, “Maverick” crossed the $1 billion mark at the global box office, becoming the highest-grossing film of the year worldwide. ahead of Marvel’s adventure film Doctor Strange Into the Multiverse of Madness.However, Teller added that the decision would inevitably rest with Cruise, who initially did not relish the prospect of a sequel before giving his legendary commitment to the film, according to Deadline.

Meanwhile, Cruise continues to work on his latest film, Mission Impossible, shooting scenes in London between trips to Wimbledon tennis and a Rolling Stones act in the capital’s Hyde Park. (ANI)

A new book explores how whiskey has influenced our culture and...