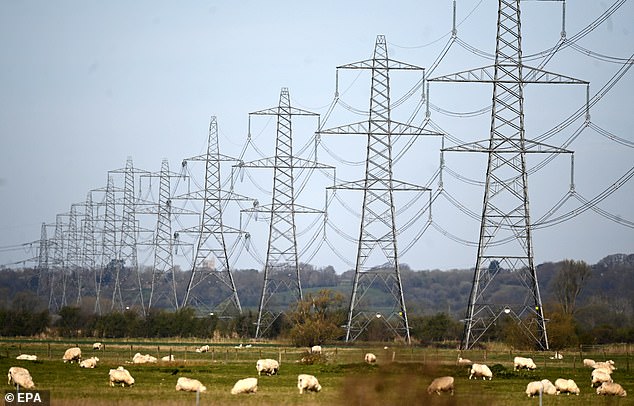 Power companies rose after Boris Johnson said the government had no plans to impose a surprise tax on the sector.

A similar levy on oil and gas companies was announced earlier this year after the industry’s profits rose as a result of a sharp rise in energy prices following Russia’s invasion of Ukraine.

It has previously been suggested that the measure could be extended to UK power generators, which have also profited from a jump in household electricity bills.

But the Prime Minister’s spokesman told reporters there were “no plans” to introduce a tax on electricity companies after Johnson promised not to introduce any policy before leaving Downing Street.

The prospect of a windfall tax on power generators has previously been criticized as a threat to billions of pounds in renewable energy investment, potentially hampering Britain’s efforts to cut greenhouse gas emissions.

While power companies were on the rise, it was a different story for oil and gas companies, which slipped into the red amid worries about the global economy.

Harbor Energy was the standout, however, rising 0.3 percent, or 0.9 pence, to 326.6 pence after it said its Timpan-1 exploratory well discovered gas off Indonesia’s coast. 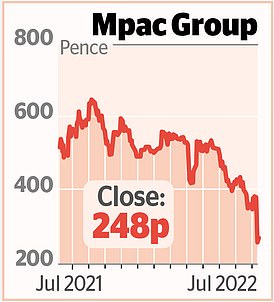 MPAC Group fell to a two-year low after a profit warning.

The problems have escalated in recent months, leading to rising costs. Mpac expected its 2022 earnings to be “significantly below” market expectations.

Mining stocks struggled amid escalating concerns that the economic downturn will weigh on demand for commodities amid a slump in iron ore prices compounded by a slowdown in China’s real estate sector.

Concerns remain that the Covid-19 nightmare may not be over as Chinese officials reimposed lockdown measures in six cities, including parts of Shanghai.

“The latest crackdown has chilled financial markets amid concerns that fresh supply chain problems and weaker demand will emerge just as hopes for a recovery have been raised,” Hargreaves Lansdown analyst Suzanne Streeter said.

Gold firms were in the red as the yellow metal continued to weaken near a 10-month low as hopes of aggressive interest rate hikes from the Federal Reserve boosted the dollar, making the currency a more attractive haven for investors.

Vaccines and pet medicine maker Dechra Pharma posted a 14 per cent rise in revenue in the year to the end of June thanks to acquisitions and a “resilient” market.

However, shares fell 3.1 per cent, or 116p, to 3,634p after boss Ian Page said the group’s second-half revenue growth had slowed to a “more normal level” as the pet ownership boom during the pandemic began to subside .

How to pay for university tuition fees without a student loan

An emotional dad finds his daughter hiding in the trunk of...