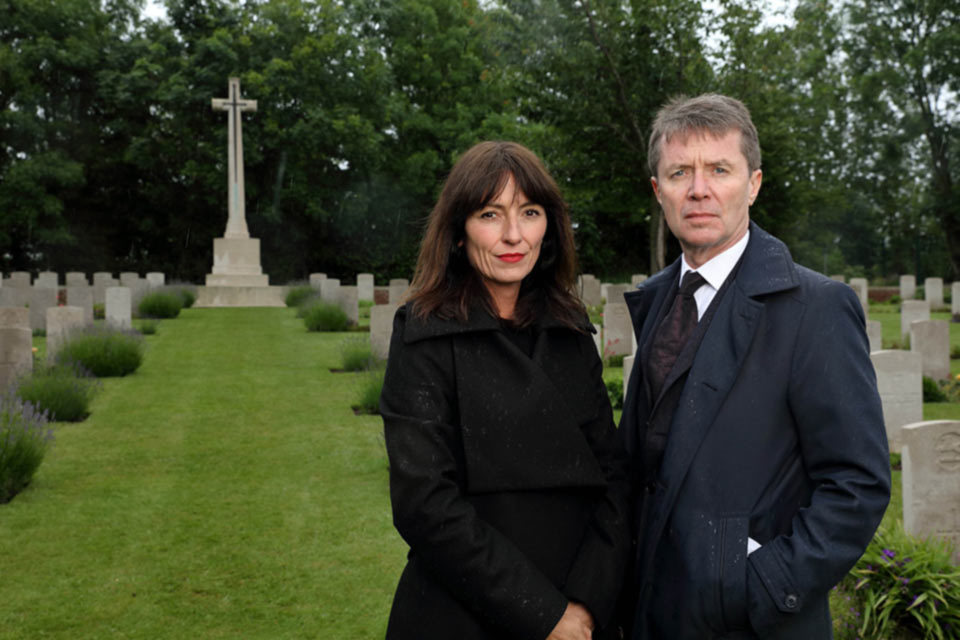 Following the success of the first special, which aired on ITV1 in October 2017, the extraordinary work MOD‘Military Detectives’, part of Defense Business Services (DBS), will return to the small screen as part of the ongoing series Long Lost Family. Long Lost Family: The Unknown Soldier airs on ITV1 at 9pm on Monday 18 July.

The second episode, presented by Davina McCall and Nicky Campbell, follows what War Detectives has described as a “once-in-a-lifetime case”: nine Great War soldiers are found buried on the side of a road in Belgium. The hour-long special program will also feature soldiers from the 1st Battalion of the Royal Rifle Regiment and members of the Commonwealth War Burials Commission and Cellmark, who also took part.

Every year, farmers, builders and archaeologists around the world find the remains of British soldiers who died in both world wars. Davina and Nicky follow the team based in the DBS Innsworth House at Imjin Barracks, Gloucester as they use military and historical research to examine these finds and work to find surviving families so that DNA comparisons can be made which will hopefully confirm identity.

Nicky and Davina meet the families of the fallen heroes, helping them to form an image of their relative and finally laying them to rest with a poignant full military funeral at Tyne Cote Cemetery in Ypres, Belgium.

Davina spoke positively about further efforts JCCC The commemoration team when she said:

“It is such a privilege to witness the amazing work that MOD Military detectives. To be able to answer people’s lifelong questions about what happened to their missing soldiers is incredible, and to bury these soldiers in their named graves after over a hundred years is extremely touching.”

The program follows the team’s journey through frustrations and breakthroughs as they try to piece together the soldiers’ lives, from the time they left British shores to their final steps on the battlefield.

“The work we do to identify these brave men is hugely important not only to us but to the British Armed Forces as a whole, which I think this episode captures so beautifully.

“Filming Long Lost Families was a wonderful experience. From meeting Davina McCall and Nicky Campbell for the first time to seeing the final edit, I’ll never forget it.”

“When ITV asked to work with us again, I was delighted and proud, but also scared, knowing the extra work it would entail, not just for the team, but for colleagues across the board DBS and wider MOD whose help and assistance we rely on, such as the commercial group that helped write the contact for the shoot.

“Having gone through the process once, things were a bit easier, but adding Covid into the mix, not being able to travel and therefore shoot things in chronological order made for an interesting time!”

“It is a privilege to support all personnel in the UK armed forces, whether they are serving in uniform today or have served faithfully in the past.

“For the families of those who died in both world wars, and for the nation as a whole, it is also important to know that the Ministry of Defense continues to support those in the military community who may otherwise be forgotten. I am delighted that by working closely with all our partners, we are able to provide a dignified military burial for those who died in the First and Second World Wars, and where possible, in the presence of family.

“I am grateful that this program shines a bright light on one of the unique roles that we, as part of Defense Business Services, fulfill and will continue to fulfill for many years to come.”

Follow @wardetectives on Facebook for regular updates on cases, next of kin appeals and details of upcoming services.

A measure to preserve all poultry to combat bird flu comes...

Around the Districts: Dromahair to Enniscrone-Kilglass

Bus Éireann cancels a number of services for operational reasons –...