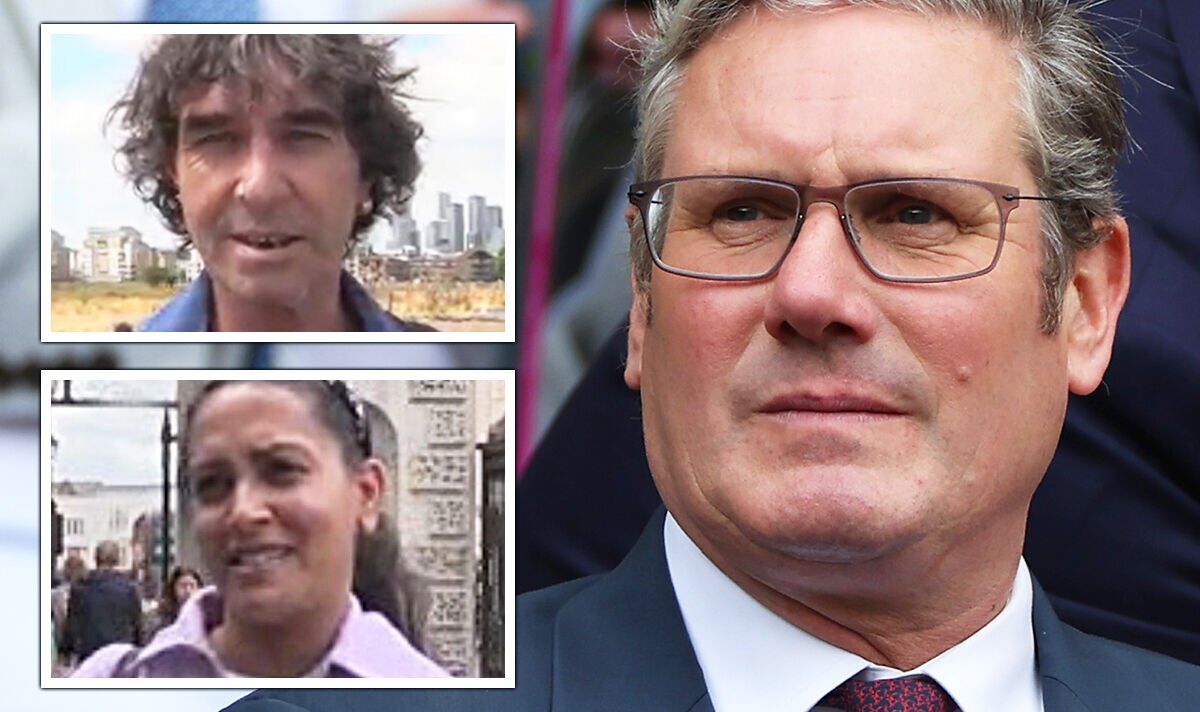 Express.co.uk took to the streets of London on Thursday to ask people about Boris Johnson’s resignation. Many said they were glad to see the prime minister go, but they didn’t like his possible replacements. But those disenchanted with the Tories also seemed reluctant to vote for Starmer’s Labour.

Nora, who did not want to give her last name, is 79 years old and retired. She told express.co.uk that she and her late husband voted Labor all their lives. Asked if she would support Labor at the next election, she said there was no way.

She said: “Keir Starmer had a charisma bypass!”

When asked about other leading Labor politicians, she said she didn’t like Labor deputy leader Angela Rayner because she had a “loud mouth”.

Other voters echoed her concerns, Pablo Grant, 57, was delighted that Boris Johnson had resigned, but when asked if he would vote Labour, he said he was sure he wouldn’t.

He said, “No! Not at all, who do they have? Keir Starmer? Come on, he’s not an oppositionist.”

Asked if he would vote in the general election today, he said: “No, absolutely not.”

Susie, who also did not want to give her full name, is 29, works for the Federation of Trade Unions, supports Labor and was happy the Prime Minister was gone.

She said: “I’m not really a fan of Keir Starmer, I think he’s the Tory behind it all.”

The news comes as it was announced today that Mr Starmer will not be fined for his part in the Beergate scandal.

He previously said he would resign as Labor leader if he received such a fine from Durham Police.

Mr Starmer, along with Labor deputy leader Angela Rayner, were cleared of any wrongdoing over the incident and police said no Covid laws had been broken.

The attack on the bridge to Crimea is a terrorist act,...

Six heat warnings is silly if you ask me. From...