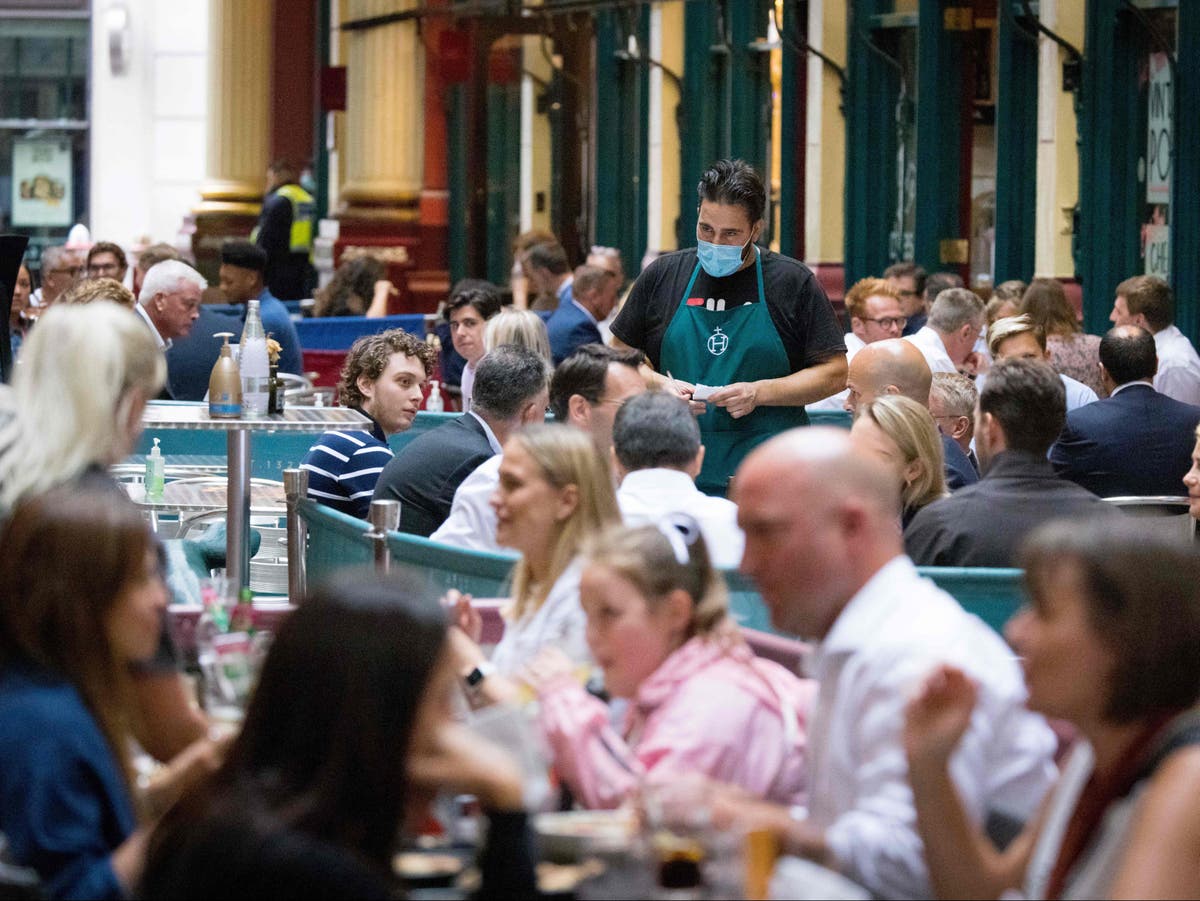 Growth continued to be driven by Omicron’s BA.4 and BA.5 sub-variants, the spokesman said Office of National Statisticswhose latest figures show that 1 in 25 people in the England had Covid for the week ending June 29.

That equates to 2.7 million infections – an 18 percent increase from 2.3 million the previous week.

That’s the highest estimate since late April, but still below the record high of 4.9 million reached in late March.

Covid is most common in Scotland, where around one in 17 people have the virus, up from one in 18 the previous week. This is the highest score for Scotland since the start of April.

However, the rate of infection in Scotland is rising more slowly than in other parts of the UK, according to the ONS.

In England, 2.2 million people were likely to have the virus last week, the equivalent of about one in 25, up from one in 30.

Meanwhile, on July 7, the number of people in England’s hospitals who tested positive for Covid-19 stood at 11,878, a 33 percent increase over the week.

Those with severe enough Covid symptoms to require ventilators accounted for 232 beds on July 7 – a 10 percent increase from the previous week and the highest number in two months, but well below previous pandemic peaks.

Softcat has come under fire following the promotion of chief executive...

Flea is joined by pregnant wife Melody Essani, who shows off...