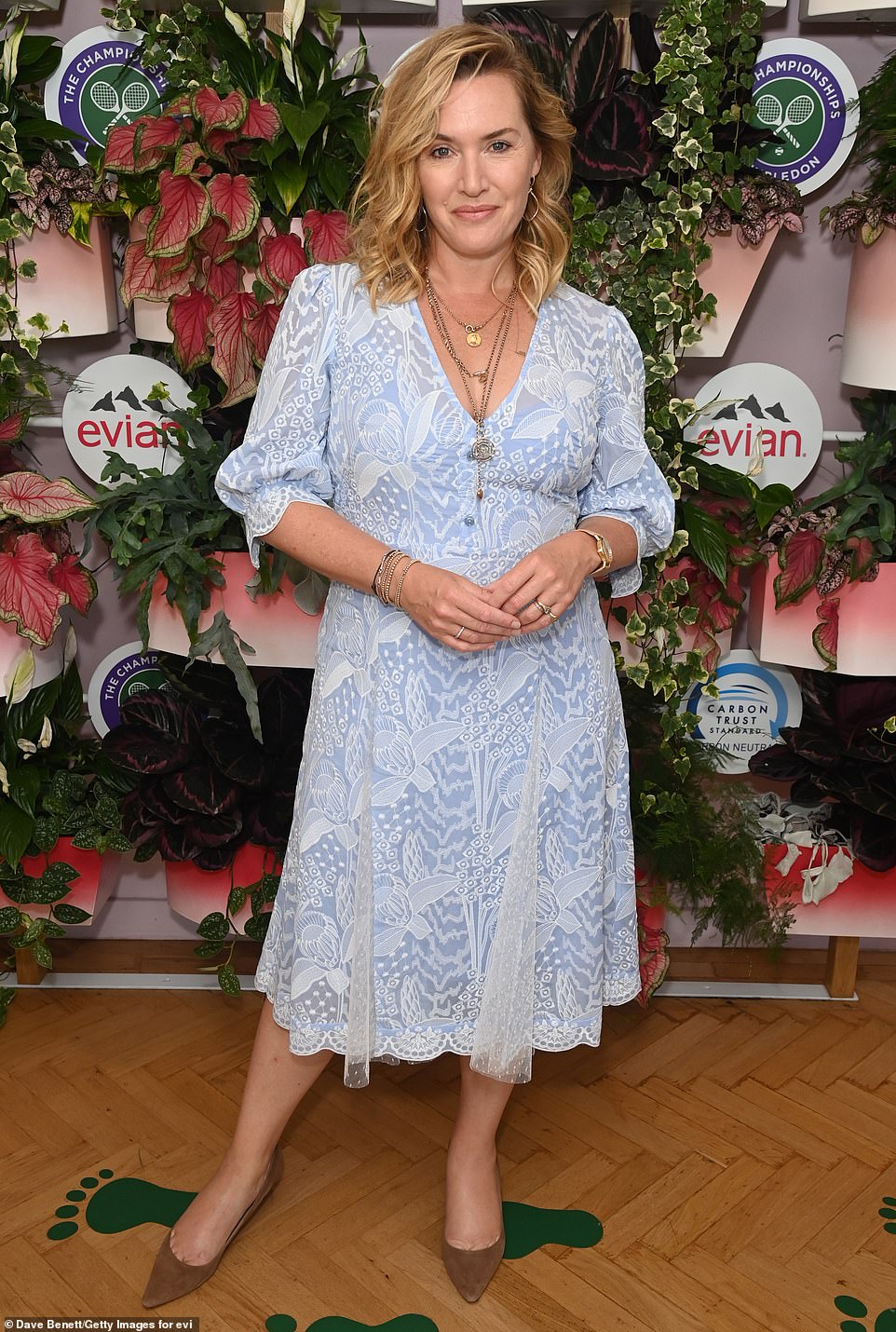 Everything is ready for the final “Titanic”! Kate Winslet headlines Center Court glamor as she joins Poppy Delevingne and Matt Smith at SW19 for a mouth-watering men’s singles clash on day fifteen of Wimbledon

Kate Winslet made a welcome appearance in SW19 on Sunday afternoon as Nick Kyrgios and Novak Djokovic ready to meet each other in the highly anticipated men’s singles final Wimbledon.

As temperatures continued to soar during Britain’s prolonged heatwave, the popular actress grabbed the spotlight as she made her way into Evian’s VIP suite, where she was joined by a host of familiar faces.

Opting for a summery blue patterned dress with a plunging neckline, Kate, 46, looked stunning as she welcomed onlookers ahead of the day’s main event.

Here she is: Kate Winslet, 46, appeared at SW19 on Sunday afternoon as Nick Kyrgios and Novak Djokovic prepared to face each other in the highly-anticipated men’s singles final at Wimbledon.

She completed her seasonal look with a pair of brown suede pumps and a whole collection of jewelry, including a draped necklace of various lengths and a gold watch.

While Kate’s tousled hair was casually swept away from her instantly recognizable face as she posed for pictures.

The star was also photographed making her way to the tennis event, appearing in high spirits clutching a straw bag. 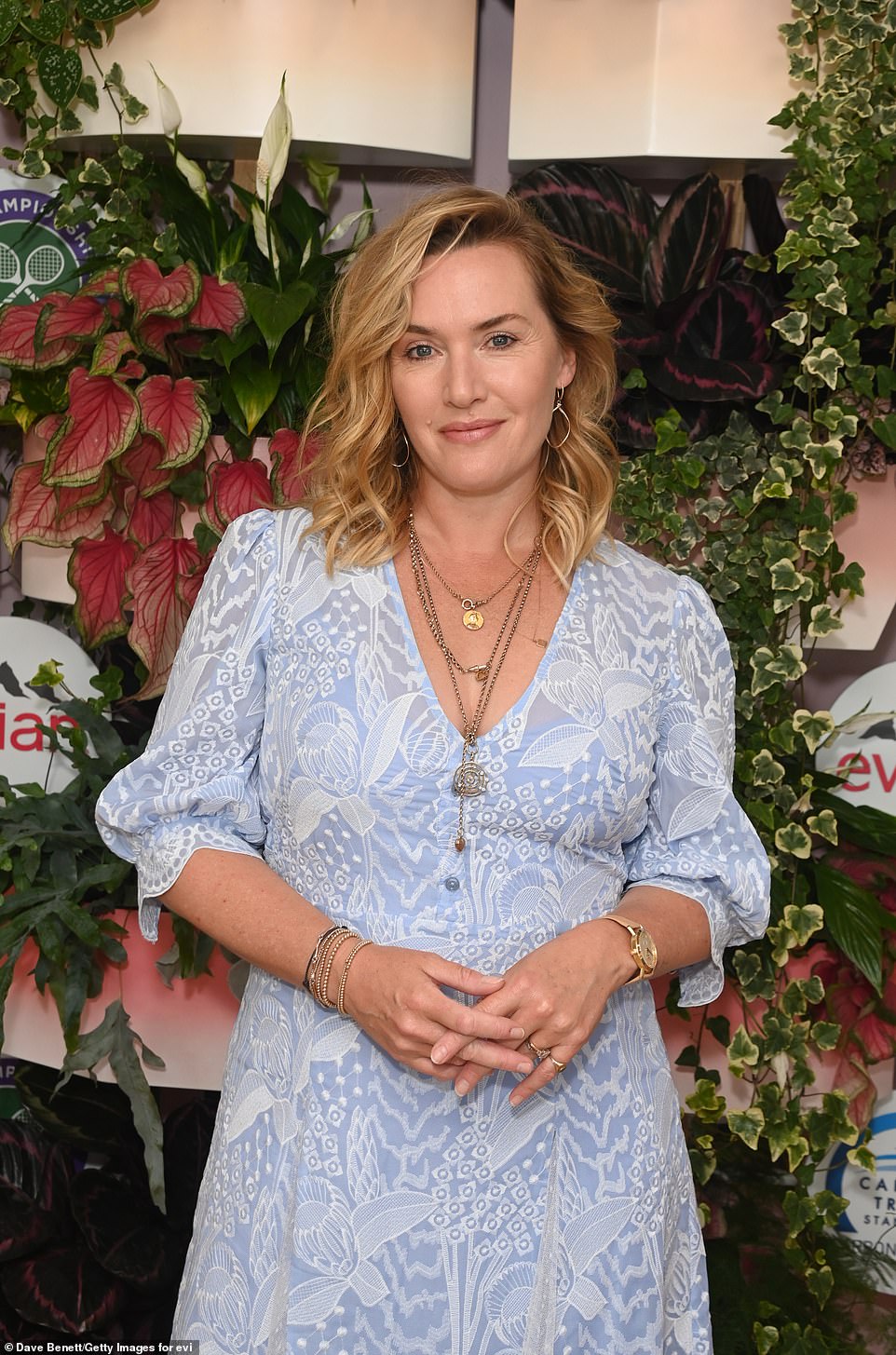 Summer chic: Opting for a summery dress with a blue print and a plunging neckline, Kate, 46, looked stunning as she greeted the crowd ahead of the day’s main event 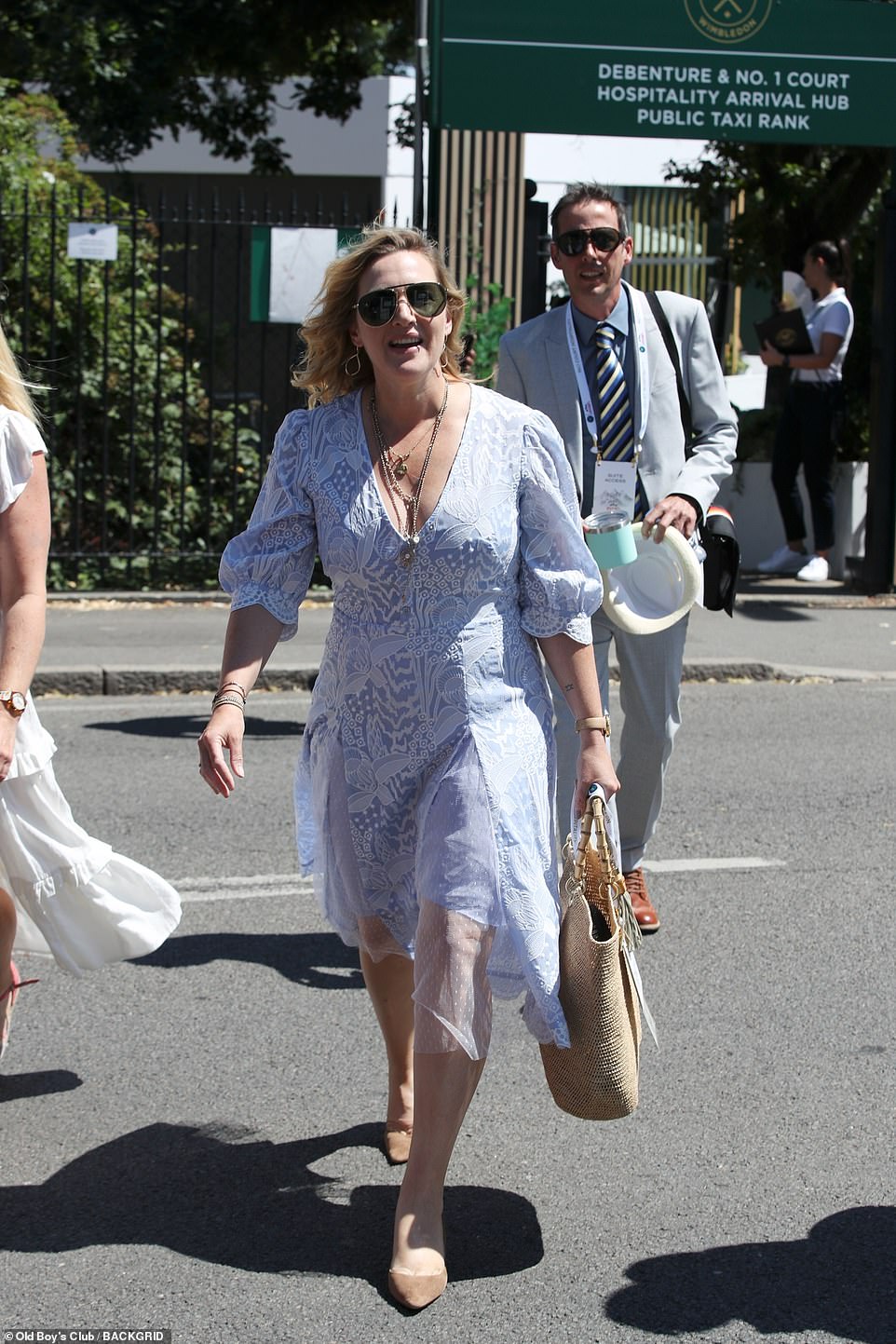 Ready for the big day: The star was also photographed making her way to a tennis event, appearing in high spirits as she clutched a straw bag

Arriving at the tent in Evian, Kate appeared to adhere to the brands ‘Summer Smart and Eco-Conscious’ dress code as they use Wimbledon to promote sustainable fashion.

And she was just one of many celebrities in attendance at the sporting event, as Tom Cruise also made a gracious entrance, waving to fans from the Wimbledon balcony. 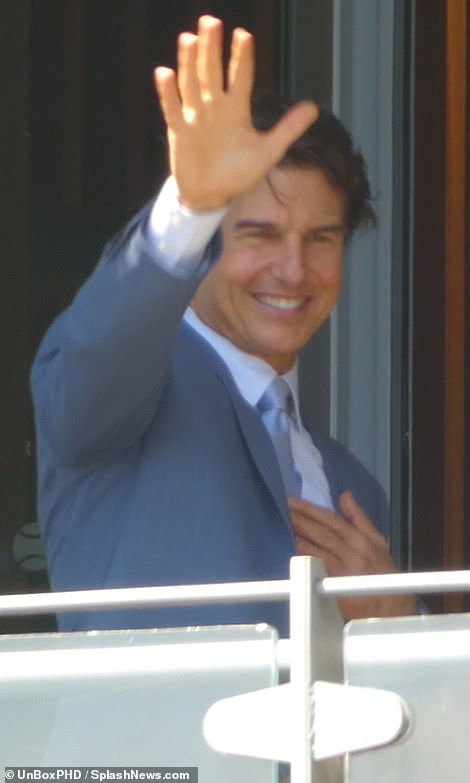 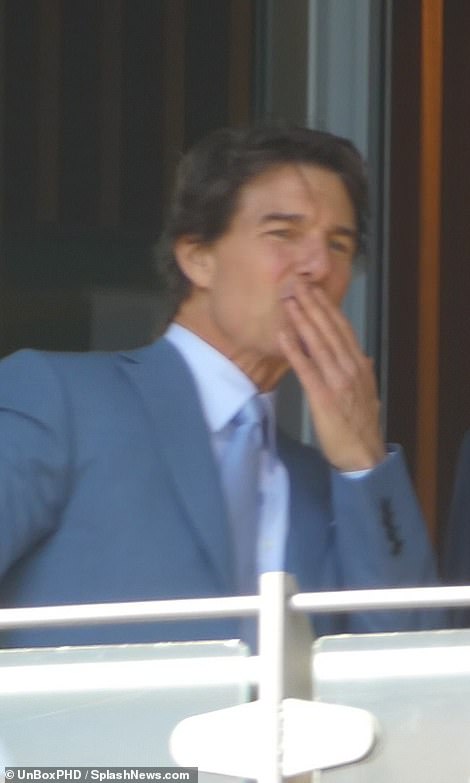 Liked: Tom Cruise also made a gracious entrance, waving to fans from the Wimbledon balcony

Do you need to isolate from Covid? What are the...