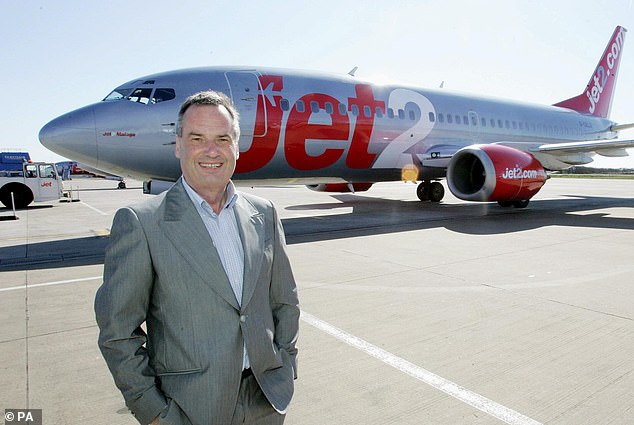 The Jet2 boss has blamed airports for being “horribly ill-prepared and under-resourced” for the ongoing chaos holidaymakers are facing.

Reporting a loss of £388.8m, the ticketing provider criticized suppliers and airport management for their “inexcusable” failure to return to business as usual after COVID.

Jet2 executive chairman Philip Meeson said the “horrendous customer service” meant passengers had a “much worse experience” than it should have.

Holidaymakers and business travelers have faced flight delays, cancellations, long queues, problems with baggage handling and a lack of on-board catering items since the end of Covid restrictions.

British Airways this week canceled another 10,300 flights to European hot spots this summer.

The carrier – once known as “the world’s favorite airline” – has grounded 34,000 flights since January, affecting around 5.6 million passengers, industry analysis shows.

Last month, Heathrow asked airlines to cancel flights because it could not cope with demand. At the same time, Gatwick has reduced its summer flights due to staff shortages.

Mison, who set up Jet2 in 2002 and launched a holidays firm five years later, said: “We have been directly affected by the wider disruption in the aviation sector and supply chain.

Many providers were very poorly trained and did not have the resources for the number of customers they could reasonably expect.

“This difficult return to normal operations has simply occurred due to a lack of planning, willingness and reluctance to invest on the part of many airports and their associated suppliers.”

The comments came after Jet2, which flies from Manchester, Birmingham, Leeds and Stansted airports, said losses for the 12 months to the end of March widened from £369.9m to £388.8m.

The decline came despite revenues more than tripling from £395.4m to £1.2bn.

The company said average prices for its holidays rose 2% to £689 after hotels cut costs last year, but said prices were likely to come under pressure this year as the cost-of-living crisis affects consumer spending. expenses.

Meeson said this year’s performance “depends very much on how quickly the wider aviation sector returns to some level of stability, and on bookings for the rest of the summer and the second half of the financial year, a period for which we still have limited visibility”.

Julie Palmer, corporate restructuring partner at Begbies Traynor, said: “2022 should have been a great year for the travel sector, but Jet2’s results have exposed a cocktail of issues plaguing the industry.

Widespread staff shortages are causing horrendous airport delays, meaning late bookings are down as would-be holidaymakers put off their holidays at the last minute for fear of being caught up in the chaos.

“Add to that rampant inflation that is weighing on consumer confidence, and summer is not looking so bright for travel companies.”