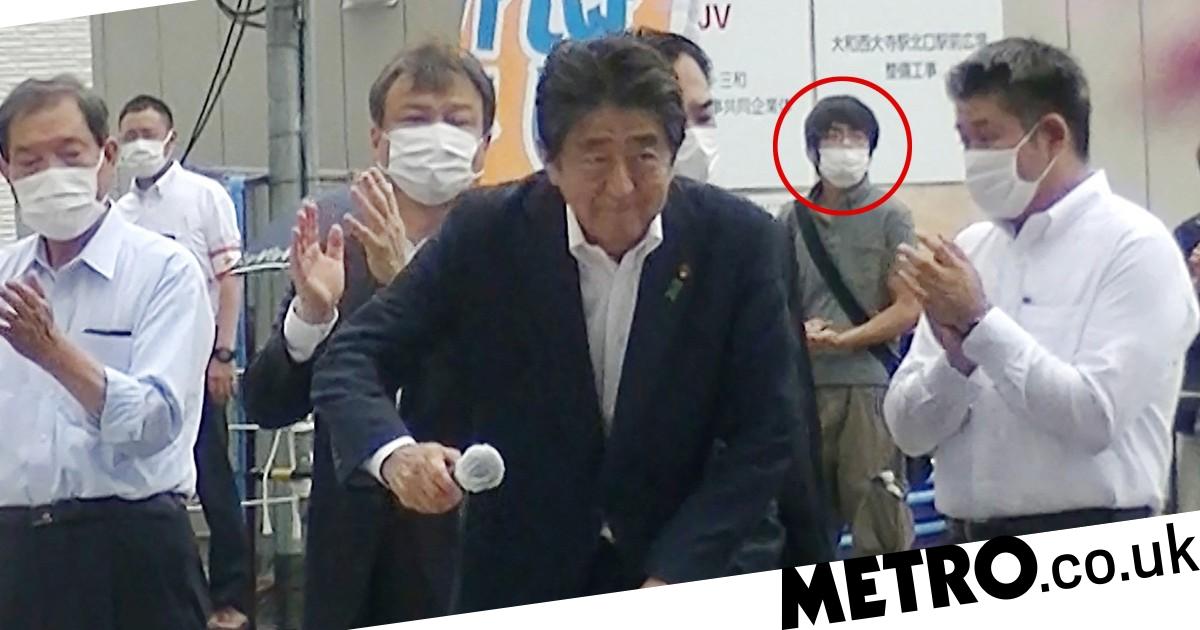 The man suspected of assassinating former Japanese Prime Minister Shinzo Abe was caught in the camera moments before the assassination.

Abe, 67, was shot dead on Friday while giving a campaign speech in the western Nara region.

The hugely influential politician, who was Japan’s longest-serving leader, was airlifted to Nara Medical University Hospital, where he was later pronounced dead.

Security was present when Mr Abe gave his speech outside the station, but spectators were able to approach him.

Video footage of the event now appears to show a man suspected of shooting Mr Abe minutes before the deadly attack.

A video posted on Twitter showed Mr Abe approaching the area and greeting people before the speech.

A few seconds later, a man can be seen emerging from behind an orange banner in the background.

Meanwhile, footage broadcast by NHK showed Mr Abe standing on stage as a man wearing a gray shirt and brown trousers approached from behind before pulling a gun from a bag and firing.

The video showed Mr. Abe collapsing and guards running to him as he held his chest, his shirt covered in blood.

The incident appears to have resulted in at least two shots being fired, each of which produced a cloud of smoke.

As spectators and reporters dodged, security tackled the man to the ground and he was arrested.

The force said an explosives squad raided the suspect’s home to collect evidence.

NHK reported that the suspect served in the Japanese navy for three years in the 2000s.

He is accused of possessing a weapon that local media described as a “handmade gun.”

Witnesses at the scene described their shock as the political event descended into chaos.

“The first shot sounded like a toy bazooka,” the woman told NHK.

“He didn’t fall, and there was a loud bang. The second shot was more visible, you could see a spark and smoke.”

Representatives of Abe’s local branch of the Liberal Democratic Party said there had been no threats before the incident and that his speech had been publicly announced.

Japan is one of the safest countries in the world with some of the strictest gun control laws.

Wood Mackenzie could be sold for £2.5 billion