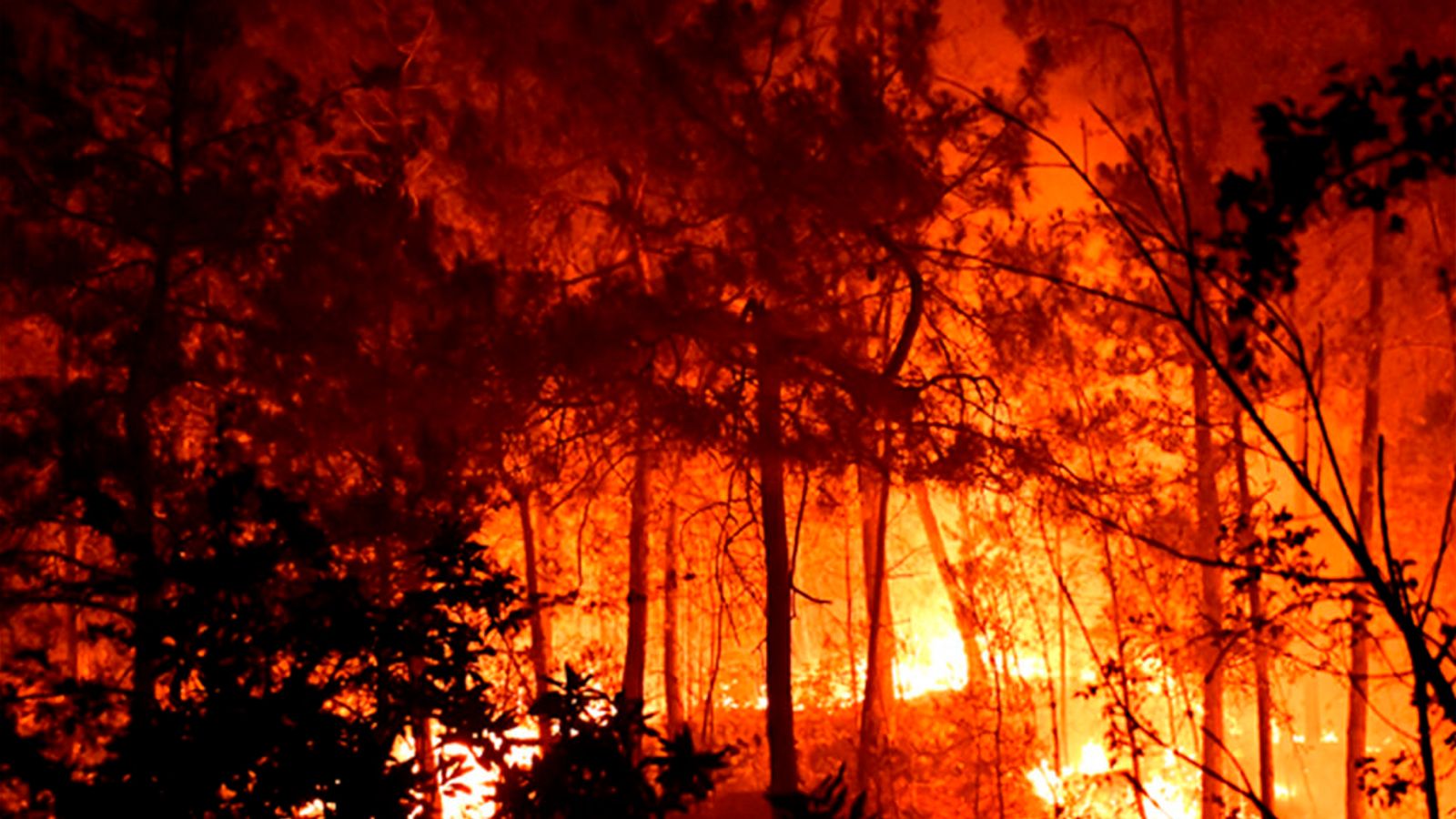 Forest fires in Portugal have left 29 people dead as temperatures are forecast to reach 45C (113F) in parts of the country from Tuesday.

The country saw 125 fires on Saturday, the highest number in a single day this year, with around 1,500 firefighters battling three major blazes.

The government has declared a nationwide state of emergency from Monday to Friday, July 15.

The weather for the next week raised further concerns due to high temperatures.

The Portuguese Meteorological Agency is forecasting temperatures of up to 45C (113F) in the Alentejo – the region between Lisbon and the Algarve – from Tuesday, while the rest of the country is expecting temperatures in the low 30s and low 40s.

Winds of nearly 40 mph are also expected in several regions, the agency added.

Many areas of Western and Southern Europe have experienced unusually high temperatures this summer, forest fires have broken out in France and Spain, and experts are linking Europe’s unusually hot spell to climate change.

Portuguese President Marcelo Rebelo de Sousa has canceled his trip to the United Nations meeting in New York next week.

While several small villages in Portugal were evacuated on Saturday, only a few houses were damaged.

The country’s prime minister, Antonio Costa, asked the public on Twitter to avoid using fire and heavy equipment because of the risk of new fires.

The European Union’s executive body, the European Commission, says climate change has led to the continent facing its worst years yet for natural disasters such as droughts and wildfires.

On Friday, 1,000 firefighters, supported by paratroopers, battled a large forest fire in southeastern France that forced the evacuation of nearby villages.

In Spain, temperatures are forecast to reach 42C (107F) over the weekend in some areas along the border with Portugal.

Rainfall in Spain in June was about half the 30-year average, and the country’s reservoirs are at an average of 45% capacity, according to government data.

Italy has also suffered from prolonged heat already this summer, enduring it the worst drought in 70 years which raised concerns about the harvest.

Sylvester Stallone went through an “awakening” before calling it quits

35 thoughts I had while watching Drag Race Season 15, Snatch...