Newsheadlinesuk.com
Home Sports Inspired by Manny Pacquiao, Mark Magsayo is on a mission 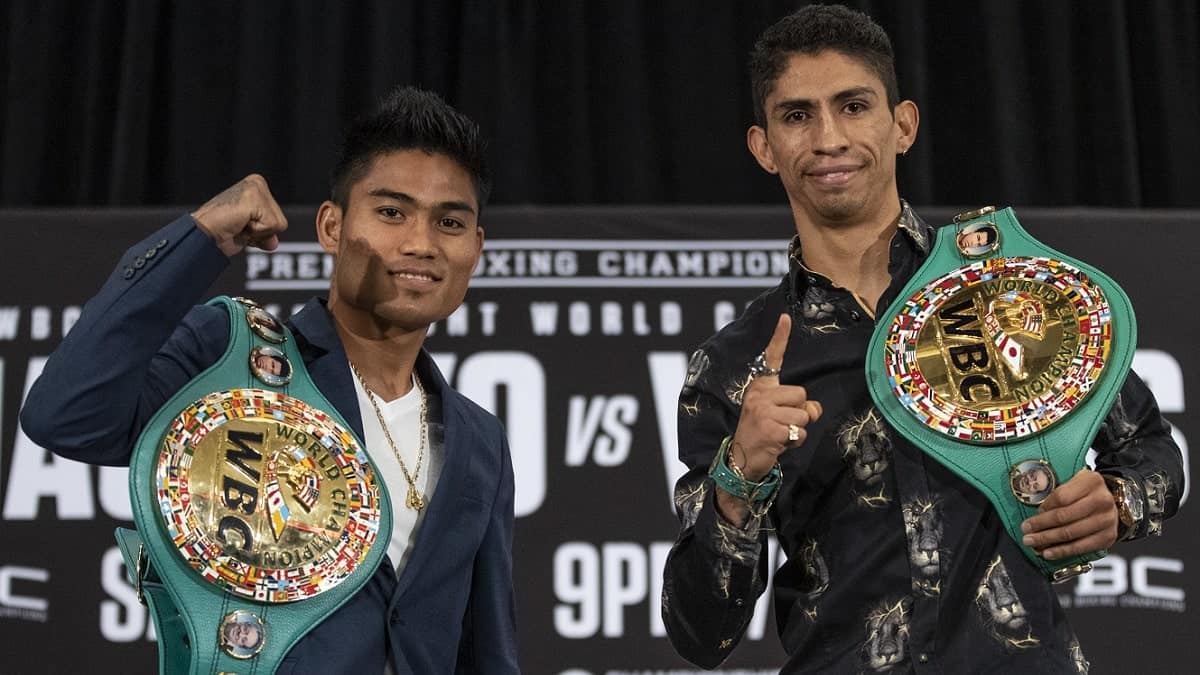 Mark Magsayo takes on a mission to be the best, drawing inspiration from Manny Pacquiao.

Magsaysay vs. Vargas comes from the Alamodome at the Premier Boxing Champions in San Antonio, Texas.

Magsayo suggested that Vargas will be in full retreat mode on Saturday, wary of his strength.

Vargas evened the score, saying Magsayo’s growing entourage proves the champion is more worried about Vargas than he’s letting on.

“I hope Ray Vargas doesn’t run too much so we can give people a good fight.

“I’m not worried about Vargas. I’ve already beaten the best in the division so I’m very confident going into this fight.

“It’s special for me. I watched Manny Pacquiao fight Marco Antonio Barrera in San Antonio at the Alamodome. That day I decided to start working out at the gym. I am so grateful that this fight – a dream come true – took place here in San Antonio.

“This is a very important fight for me. I already beat Russell, but I just want to keep proving myself. We’ll both go there with a lot of confidence, which will make this a great fight.

“I’ve been working on a lot of different things with Freddie Roach to make sure we’re ready for whatever Vargas brings. If he, as he said, wants to leave the fight, then I am ready to finish this fight with a knockout.

“I guarantee it will be a big night for me. We are ready to show who is the best in the division.

“He’s never fought a guy like me. You’ll see it on Saturday night.”

“If you want to trade blows, I will be more than happy to do so. I consider it a compliment that he has added many people to his team. He takes me seriously, but I think that’s an advantage for me because I can feel that he’s worried.

“We certainly have great coaches in every corner. Freddie is a great trainer and I’ve had the pleasure of competing against him in the ring before. In the end, only Mark and I will be left in the ring. We are ready to put on a show.

“I know someone like Freddie Roach will think he knows what our strategy is going to be. I have an ace up my sleeve, and when that happens, I rip his head off. His confidence may be in the clouds, but the fall will hurt.

“I demonstrated my fighting skills in November after a long break. There was no ring rust then and there won’t be any now.

“I was ready to fight Gary Russell Jr., but now we’re giving Magsayo a chance. I am fully capable and ready to work.

“Magsayo might want to trade punches so badly because that might be the only thing he knows how to do. Otherwise, he does not know how to fight. We will dominate him and take the belt.

“The higher my opponent’s confidence, the harder the fall.”

Tickets for the live Magsayo vs. Vargas match, promoted by TGB Promotions, are on sale now and available through Ticketmaster.com. The Martin vs. Mariñez fight is promoted in association with Man Down Promotions.

Inspired by Manny Pacquiao, Mark Magsayo is on a mission

Julio Rodríguez and the curious amount of money he won in...