Newsheadlinesuk.com
Home Business How to turn a pub into a home? 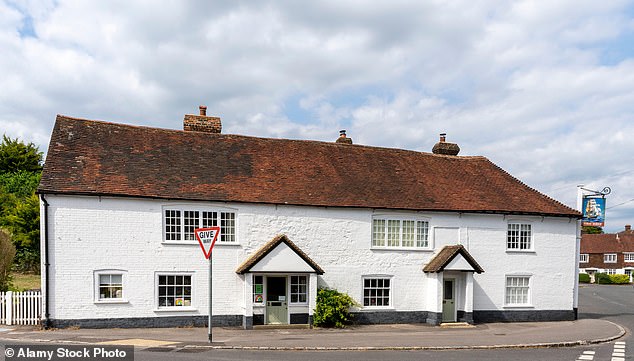 After the hustle and bustle of the past few days, it’s probably time for a stiff drink, but if you’re hoping to find a pub to quench your thirst, you might be out of luck.

The Altus Group, a hospitality consultancy, says 400 pubs are set to close in 2021, with another 200 so far this year.

“While pubs have proved remarkably resilient during the pandemic, they are now facing new headwinds as they struggle with the costs of doing business in a crisis due to soaring energy costs, inflationary pressures and rising taxes,” says Robert Hayton, UK head of Altus .

Some pubs simply lost too much money, while others were taken over by large corporate chains and then closed to eliminate competition.

But there can be silver.

Many redundant pubs are being transformed into extraordinary homes, often rich in character and steeped in history.

“Pubs usually form the heart of a town or village, which means that if they are later converted, the resulting house is often in a highly sought-after central location,” says Simon Backhouse of estate agency Strutt & Parker.

“Houses that used to be pubs have fantastic benefits – often a walled garden, interesting period architectural features and of course a large cellar for a wine collection,” he says.

Backhouse says ex-pubs are often large, with open-plan ground floors and lots of space upstairs. But there are drawbacks, whether you buy them ready to move in or as a conversion project.

House layouts can be quite fancy, so they appeal to a limited market,” says Kenrick Brown of luxury estate agency UK Sotheby’s International Realty.

Other experts believe that the proportions and condition of most pubs are also a disadvantage.

“There will almost certainly be too much car parking and too little gardens,” says James Greenwood of buying agency Stacks Property Search.

“The kitchens will be industrial and poorly laid out, and you will either have a bunch of small bedrooms with small bathrooms, or squalid staff accommodation in the worst part of the property.

However, if you take the plunge, you’ll find yourself in good company.

One converted public house currently for sale has a particularly fascinating history. The Cock Inn near Braintree in Essex, which Jamie Oliver worked on, was not only featured on the celebrity chef’s cookery shows, but was also used for scenes in BBC comedy drama Lovejoy in the 1990s.

It is now a family home called Lime Tree Cottage and, according to agent Carl Manning of Savills, “sympathetically combines contemporary finishes with stylish new additions such as exposed chrome pipes and solid oak doors”.

This combination of old and new, which is found in many pubs, is part of the appeal of this type of property.

But, of course, to achieve the transformation, the pub has to close – and that means a loss to the community.

Campaign for Real Ale chairman Nick Antona says: “As well as being vital employers, pubs are key to community life across the country – bringing people together and tackling loneliness and social exclusion.”

CAMRA is calling on the government to reduce VAT on drinks, review hotel rates and impose new taxes on online sales to level the playing field with pubs.

Who knows if the new chancellor will agree, but even if he doesn’t, it seems many pubs will at least live on as houses – and most of us will raise a glass to that.