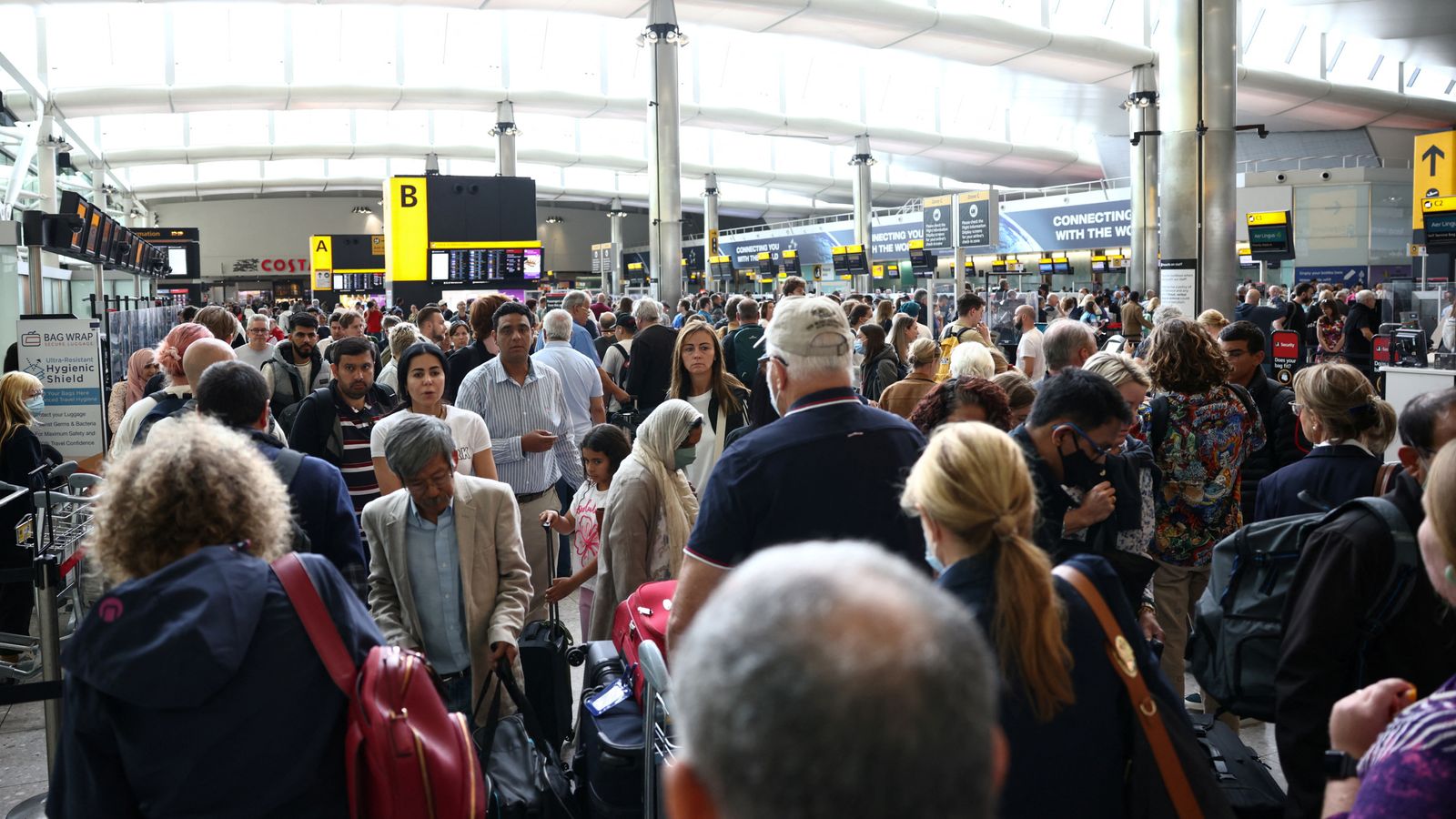 Heathrow has warned of more flight cancellations this summer – as new analysis reveals the UK’s worst airports for delays.

The airport said it would ask airlines to cut more flights if it did not believe previous schedule cuts would be enough to reduce disruptions.

The government recently ordered airlines to make sure they can stick to their schedules and gave them amnesty to cancel flights with impunity.

British Airways, Heathrow’s largest airline, and other carriers filmed hundreds of flights in recent weeks, while others have been plagued by delays.

Heathrow chief executive John Holland-Kaye said: “We will review the timetable changes that airlines have submitted in response to the government’s request to minimize disruption to passengers this summer and ask them to take further action if necessary.”

Heathrow apologized for “unacceptable” service in recent weeks and said staffing levels would return to pre-pandemic levels by the end of July.

Heathrow had the third-worst flight punctuality of any UK airport last year, new analysis has revealed.

Departures were an average of 11 minutes and 48 seconds behind schedule, according to an analysis of Civil Aviation Administration data by the PA news agency.

The biggest flight delays were at Birmingham Airport, where departures were delayed by an average of 12 minutes and 24 seconds.

Southampton Airport had the second worst record with delays of 12 minutes.

The study looked at all scheduled and charter flights.

Southend Airport was the most punctual, with an average flight delay of just two minutes and 48 seconds.

This was followed by Belfast International and Teesside International, both of which had delays of more than four minutes.

Birmingham Airport said many of its delayed departures were able to make up time in the air because there were fewer flights during the coronavirus pandemic.

Read more: easyJet has reported on the handling of passengers with canceled flights

“Last year was a dark time for aviation, with Birmingham Airport reduced to just 25% of normal resources and capacity due to COVID,” the spokesperson said.

“Due to the unique operating conditions caused by the massive reduction in air traffic, the usual pressures did not exist, so flights departing late were able to catch up en route.”

Overall punctuality at UK airports last year was better than before COVID-19, as fewer flights departed.

Joe Rhodes, expert at consumer magazine Which? Travel, said 2022 “was a completely different story” as the sector struggled to cope with a surge in passenger numbers.

“The government must take action to restore consumer confidence in travel,” she said.

“This should include stronger powers for the CAA, including the ability to fine airlines directly if they break the law.

Airports have struggled to recruit enough workers to handle increased demand after many in the industry lost their jobs.

Why is everyone else making a fortune selling their clothes online...

Kim Kardashian and Pete Davidson’s split is being analyzed on social...