Newsheadlinesuk.com
Home World Global wheat production could be doubled to feed millions and save land,... 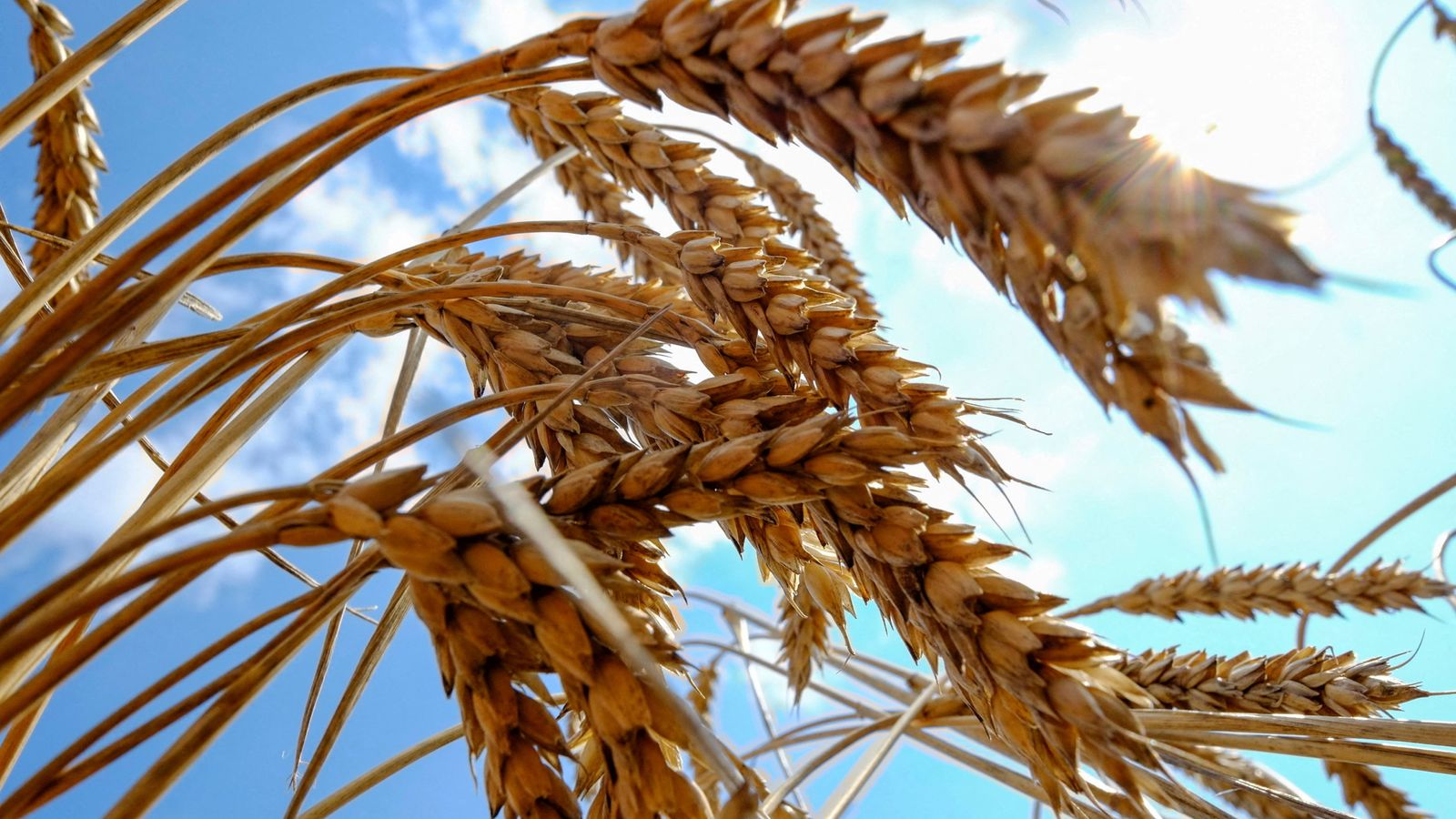 Scientists believe that the global production of wheat can be doubled by using the “untapped genetic potential” of this crop.

Using modern techniques such as rapid breeding and gene editing, the international team behind the new research claims it will be possible to grow new varieties of wheat adapted to each region in which they are grown.

Depending on their genes, different varieties of wheat capture water, sunlight and nutrients in different ways. Scientists believe that with an optimal genome, wheat crops will be able to produce a higher grain yield per hectare.

Read more: Billions of pounds of Ukrainian wheat cannot be exported amid a food crisis in developing countries

The study, by Britain’s Rothamsted Research, used existing data on how different genes contribute to individual plant traits “such as size, shape, metabolism and growth”.

They ran millions of simulations to effectively design ideal wheat plants suited to their local environment. Comparing them with locally adapted varieties, in all cases they found that the current wheat varieties did not produce the grain.

Read more: The war in Ukraine is a “humanitarian disaster” if wheat exports are halted, the OECD says

Dr. Mikhail Semenov, one of the study’s leaders, said: “Current wheat varieties are on average only halfway to the yield they can produce, given the mismatch between their genetics and local wheat growing conditions.

“World wheat production could be doubled through genetic improvement of local wheat varieties – without increasing global wheat acreage,” he added.

Humans have cultivated wheat for millennia, and the impact on our species has been enormous – agriculture is often described as the first revolutionary step in human civilization as it led to settlements and the development of social structures.

Today, wheat is the most common crop in the world and second only to rice in terms of human consumption, with global harvests in the region of 750 million tons.

The Ukrainian war disrupted the export of wheat

First, the team calculated the potential yield of the 28 wheat varieties commonly grown in each of these plots, assuming the best growing conditions for each.

But they have been improved by replacing local cultivars with idealized wheat cultivars that favor certain characteristics such as “tolerance and response to drought and heat stresses, size and orientation of light-trapping upper leaves, and timing of key life cycle events.”

By optimizing these key traits, the global average genetic yield gap could be reduced by 51%, meaning global wheat production could double, according to the study.

“Unsurprisingly, countries with the lowest current yields could benefit the most from closing their genetic gaps in yields,” Dr Senapathy said.

“However, even an improvement in those countries with an average genetic yield gap of 40 to 50% but with a large share of the global wheat harvest area – such as leading producers India, Russia, China, the US, Canada and Pakistan – will have significant impact on global wheat production due to the large area under wheat cultivation.’

According to the researchers, before this study, it was not known how large the genetic gaps in productivity were at the national level and at the global level.

They say this concept of the genetic yield gap contrasts with the existing and more traditional view of the yield gap, which compares yields to what they might be under optimal management “as a result of factors such as pests or diseases, nutrient deficiencies or sowing or reaping at the wrong time.’

“Wheat was first domesticated about 11,000 years ago, but despite this – and not to mention the sequencing of its entire genome in 2018 – the crop is still some way from its ‘genetic best,'” he added.

How did Texas Holden become the most popular card game? ...

Deborah James’ 6 Lessons in Living When You Might Be Dead