Former L Brands CEO Les Wexner’s close relationship with billionaire pedophile Jeffrey Epstein is set to be brought to light in a new documentary about the $7.5 billion lingerie brand’s speedy rise – and epic fall from grace.

A trailer for the upcoming Hulu docuseries, Victoria’s Secret: Angels and Demons, offers a glimpse into the ‘mysterious’ connection between the two billionaires, revealing just how much ‘access’ Epstein had to 84-year-old Wexner’s many companies, accounts, and trusts.

In fact, according to one of the experts featured in the series, ‘There wasn’t a part that company that Jeffrey Epstein didn’t have access to.’

The documentary – which is due to be released on July 14 – comes three years after Epstein died by suicide in jail, where he was awaiting his trial for charges of sex trafficking and conspiracy to traffic minors for sex, crimes that he is believed to have committed over a span of decades, including during the time when he was working with Wexner.

Wexner’s complex and bizarre relationship with Epstein has long been the source of much speculation and controversy, and ultimately prompted the L Brands CEO to step down from his role in 2020 following furious scrutiny about his connection to the sex offender. 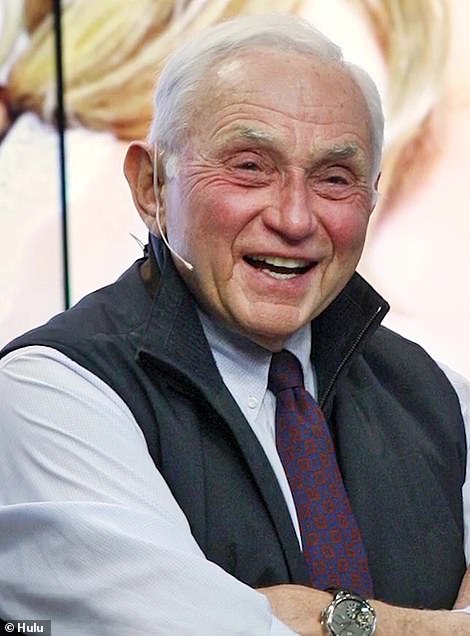 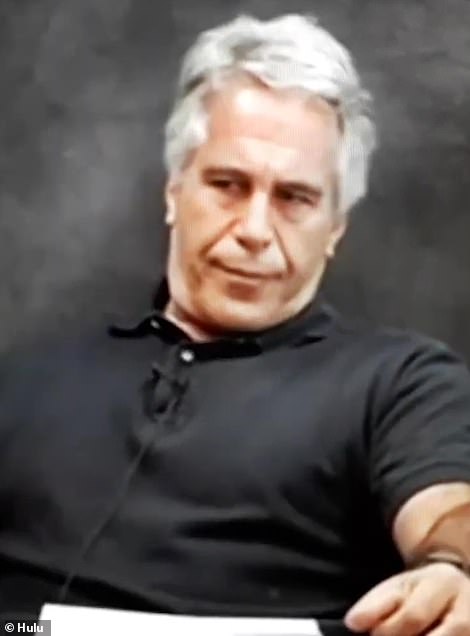 Victoria’s Secret: Angels and Demons – which is due for release on July 14 – will explore Epstein’s control over Wexner and his brands, with one expert revealing in a trailer for the doc: ‘There wasn’t a part that company that Epstein didn’t have access to’

While the trailer for Victoria’s Secret: Angels and Demons opens at the height of the brand’s popularity, with one interview subject noting that, at one point in time, ‘every celebrity wanted to be part of [the Victoria’s Secret Fashion Show]’, it very quickly delves into the incredibly ‘secretive’ life and business dealings of Wexner.

One interviewee mentions that the CEO is among the most secretive of billionaires, with the trailer suggesting that part of the mystery surrounding the disgraced businessman came as a result of his ties to financier Epstein.

Another said it was not ‘surprising’ that Epstein would find himself surrounded by the beautiful models of Victoria’s secret, but another source says it was ‘unthinkable’ that Wexner would give Epstein power of attorney.

The trailer establishes how Epstein ingratiated himself among the wealthy and powerful by including photos and video clips of him at parties with former president Donald Trump and Prince Andrew, while his accomplice Ghislaine Maxwell, who was sentenced to 20 years in prison for sex trafficking just days ago, is also featured.

‘There wasn’t a part of Wexner’s company that Epstein didn’t have access to,’ one person interviewed claims.

Attorney Gloria Allred makes an appearance to say there were a ‘number of red flags and so many questions’ about Wexner and the company.

Wexner subsequently claimed that Epstein had stolen more than $46 million of his fortune, the discovery of which allegedly caused him to cut ties with the pedophile in 2007.

However, Wexner’s relationship with Epstein remained a dark cloud over his career for years, and in January 2021, DailyMail.com exclusively revealed that the former L Brands CEO had been hit with a lawsuit alleging that he and his wife Abigail had allowed the billionaire pedophile to ‘use their home for liaisons with victims’. 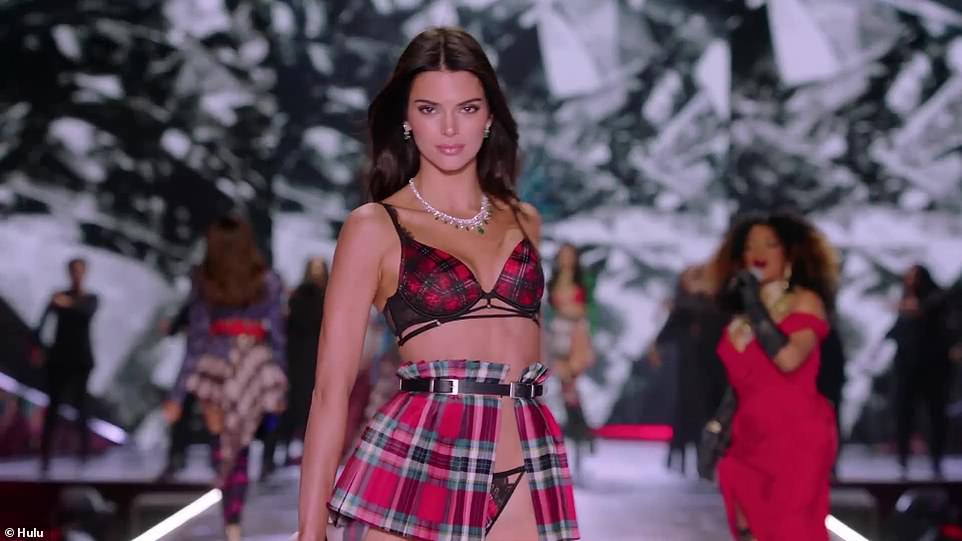 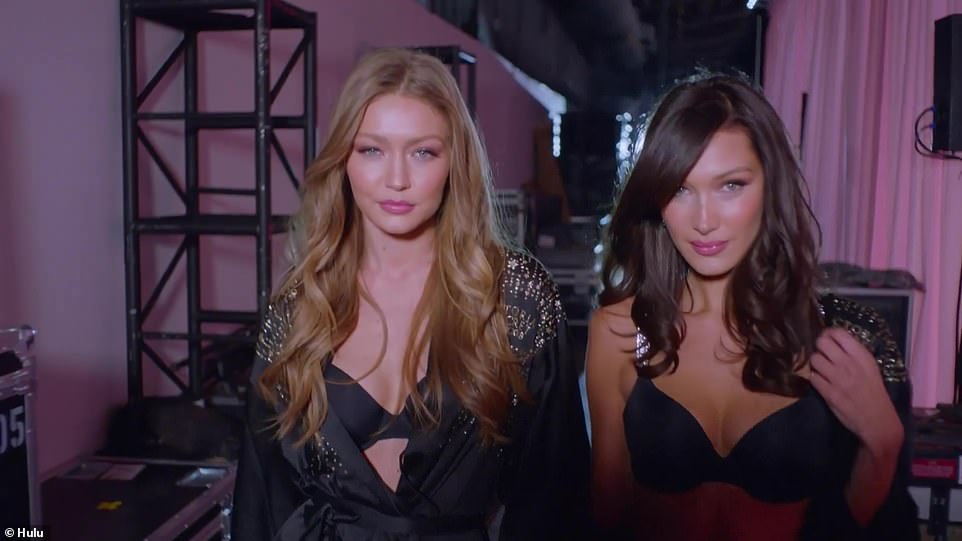 Showstoppers: Popular faces and super models are seen on the runway showing off their Victoria’s Secret lingerie, including Gigi and Bella Hadid (pictured) 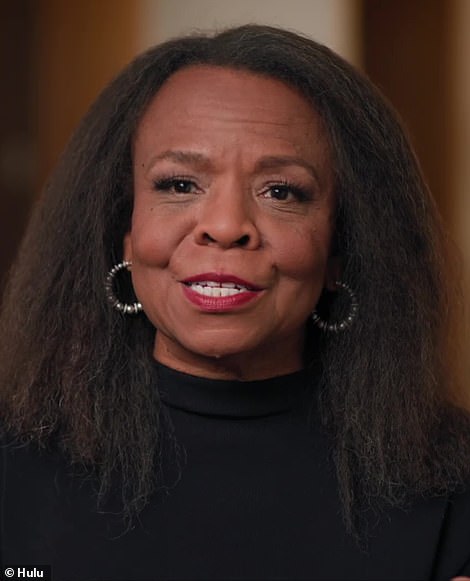 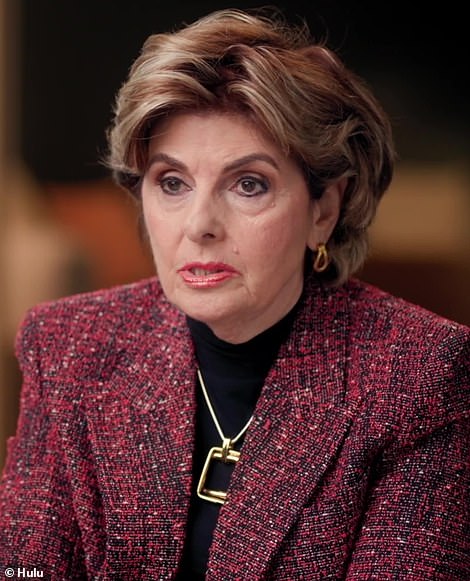 No illusions: Another guest contradicts his statement by bluntly calling the company, ‘T**s and glitz’

The lawsuit – which was brought against senior leadership at L Brands by some of its shareholders – further claimed that Wexner was so close to Epstein that he ‘knew or should have known’ that the dead pedophile was posing as a modelling recruiter for Victoria’s Secret to prey on aspiring young girls.

He and other board members did nothing to tackle ‘an entrenched culture of misogyny, bullying and harassment, as well as ties to Jeffrey Epstein and other egregious mismanagement,’ according to papers lodged in Delaware Chancery Court.

Wexner hired Epstein as his personal money manager in the 1990s but he claimed last year that he had cut ties with the pervert in 2007 after discovering he had conned him out of at least $46 million.

‘This was frankly a tremendous shock even though it clearly pales in comparison to the unthinkable allegations against him now,’ Wexner told investors, a month after Epstein hanged himself in August 2019 while awaiting trial on child sex trafficking charges.

‘Being taken advantage of by someone who was so sick, so cunning, so depraved, is something that I’m embarrassed I was even close to. But that is in the past.’

Now, Wexner will face fresh scrutiny over his relationship with Epstein as a result of the new docuseries – which also charts the financial decline of his once-phenomenally successful lingerie brand.

Sales of the iconic brand declined in the mid-2010s, and former Chief Marketing Officer Ed Razek stirred controversy in 2018 when he said that Victoria’s Secret would not include transgender or plus-size models in its fashion show ‘because the show is a fantasy.’

Wexner resigned in 2019, and later that year the brand announced that it would no longer put on its infamous Fashion Show, following fury over the lack of diversity on the catwalk. 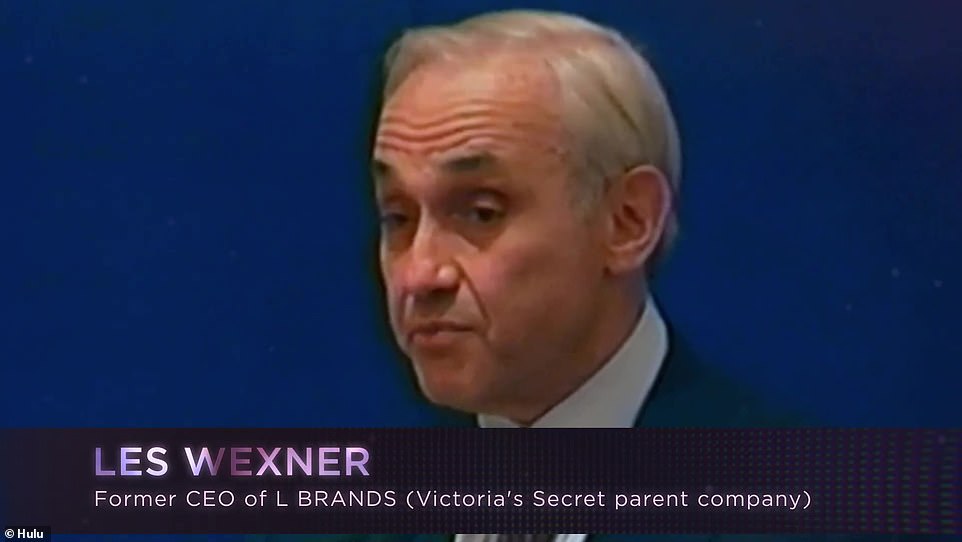 Success story: Wexner is next described as a genius, and his connection to other popular mall staples is discussed, including Abercrombie & Fitch, Express and Bath & Body Works 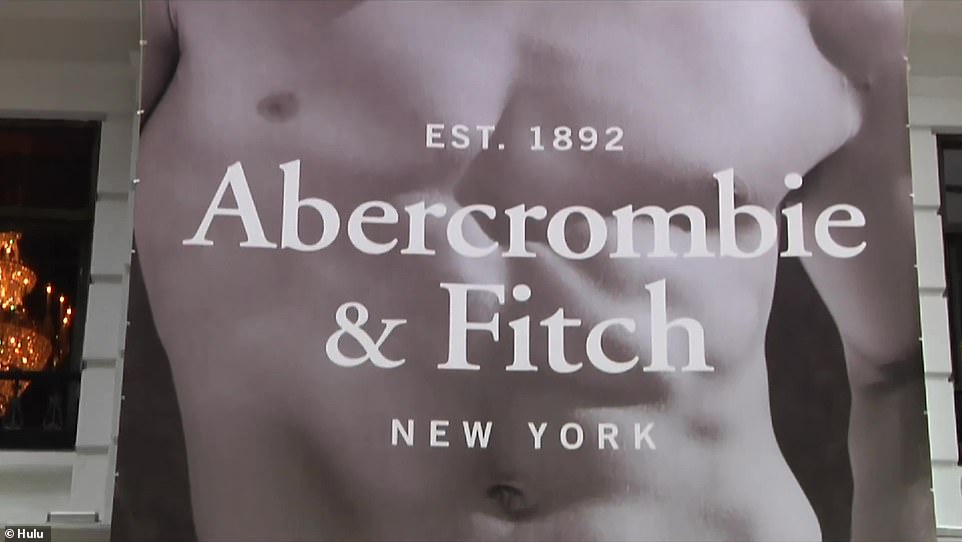 Business mind: ‘He was the guy who figured out how to make Americans shop shop shop,’ one speaker declares 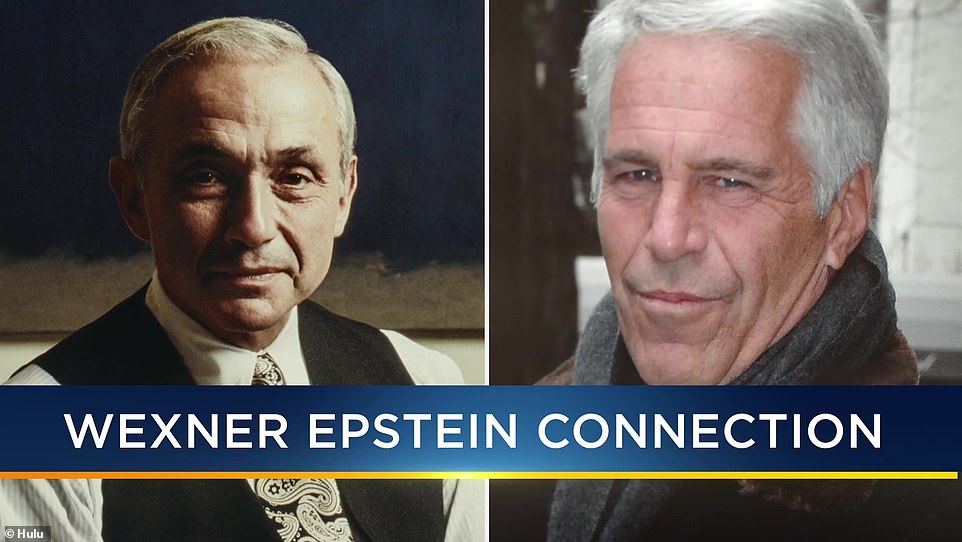 Strange relationship: One interview subject said it was not ‘surprising’ that Epstein would find himself surrounded by the beautiful models of Victoria’s secret, but another source says it was ‘unthinkable’ that Wexner would give Epstein power of attorney 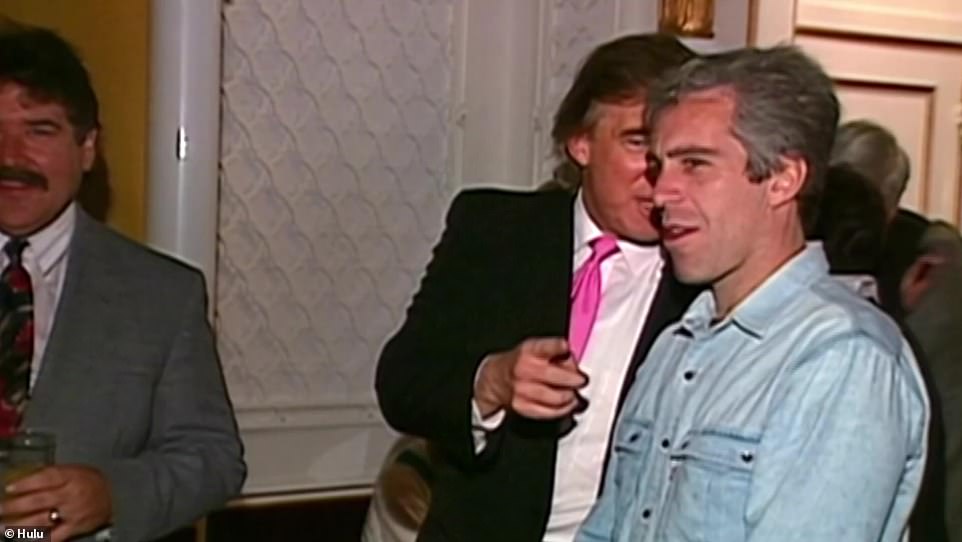 Powerful men: The trailer establishes how Epstein ingratiated himself among the wealthy and powerful by including photos and video clips of him at parties with former president Donald Trump 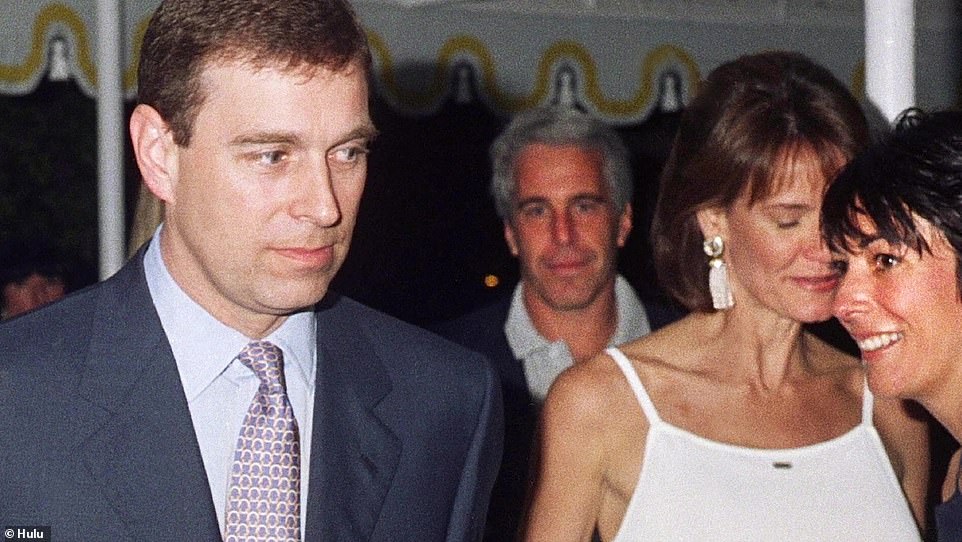 Dug in deep: ‘There wasn’t a part of Wexner’s company that Epstein didn’t have access to,’ one person interviewed claims while Epstein and Ghislaine Maxwell are seen with Prince Andrew

His fall from grace is plainly obvious in the trailer – which begins by showcasing the spectacular success of Victoria’s Secret, and of Wexner, who is described as a ‘genius’ thanks to his dominance of mall stores.

‘He was the guy who figured out how to make Americans shop shop shop,’ one speaker declares.

One interview subject says that he envisioned Victoria’s Secret as ‘a lady’s paradise and had nothing to do with men,’ which gets a chuckle out of her – however another puts it more plainly, saying the brand was all ‘t**s and glitz’.

Victoria’s Secret was separated from L Brands in 2021 to become a new, independent standalone company, with Wexner stepping down as his company was engulfed in complaints of harassment and discrimination.

Since being sold, Victoria’s Secret has tried to rebrand itself with a more-diverse set of brand ambassadors, including tennis star Naomi Osaka, actress Priyanka Chopra and American soccer star Megan Rapinoe.

Last year, the company announced that it would be dropping its line of Angels, though some models continued their association with the brand.

The lingerie brand has since added plus-size mannequins to its stores to better model some of its items.

‘This is all a story that was meant to be hidden and stay hidden. And we were never supposed to see any of it,’ one interview subjects says ominously to cap off the trailer.

Victoria’s Secret: Angels And Demons premieres on Hulu on July 14. 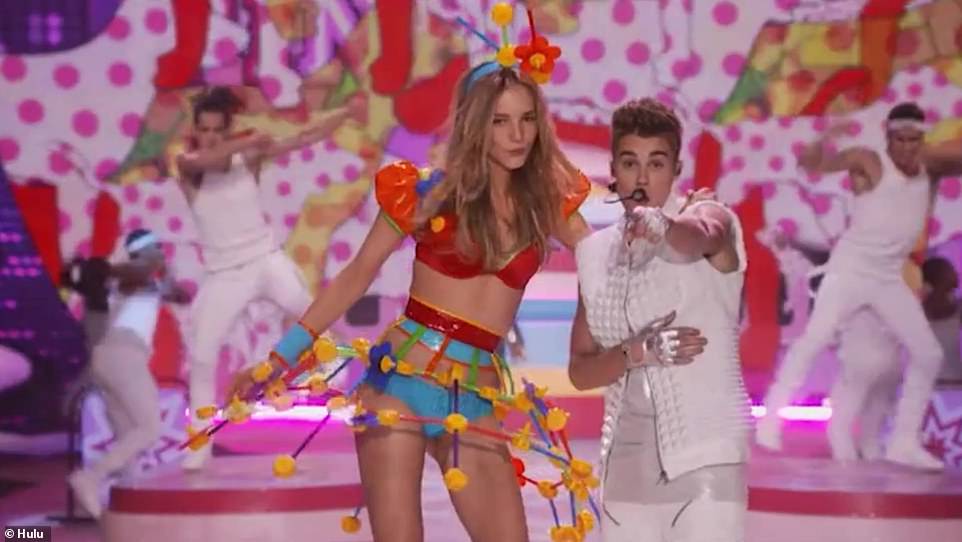 Down the drain: The trailer turns toward the latter-day financial woes of Victoria’s Secret in its final moments New look: Last year, the company announced that it would be dropping its line of Angels as part of a rebrand focused on more inclusive sizing and diverse models 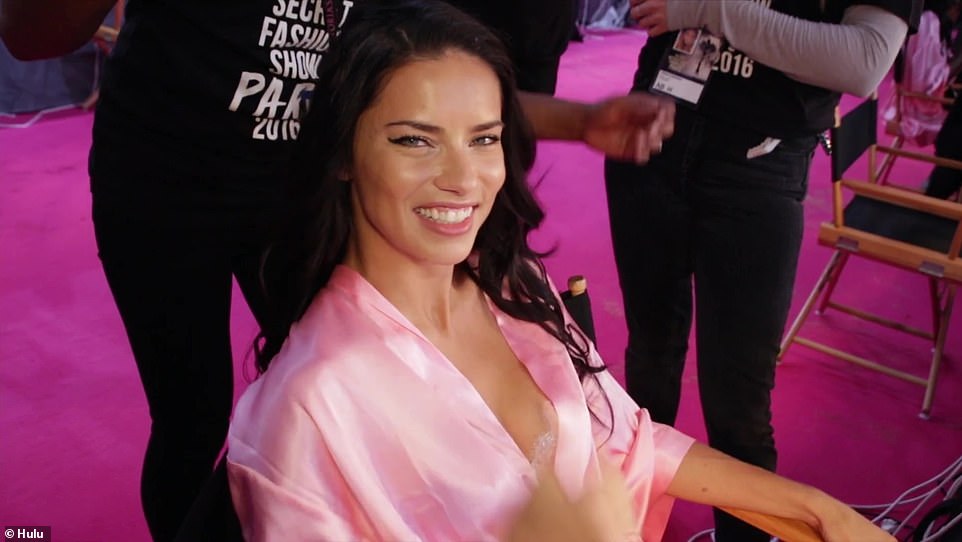 #10 says not to panic about energy supplies

A1(M) crash: What we know after the incident in North Yorkshire

Monica Bellucci and Olivia Palermo head the stars at the Carita...