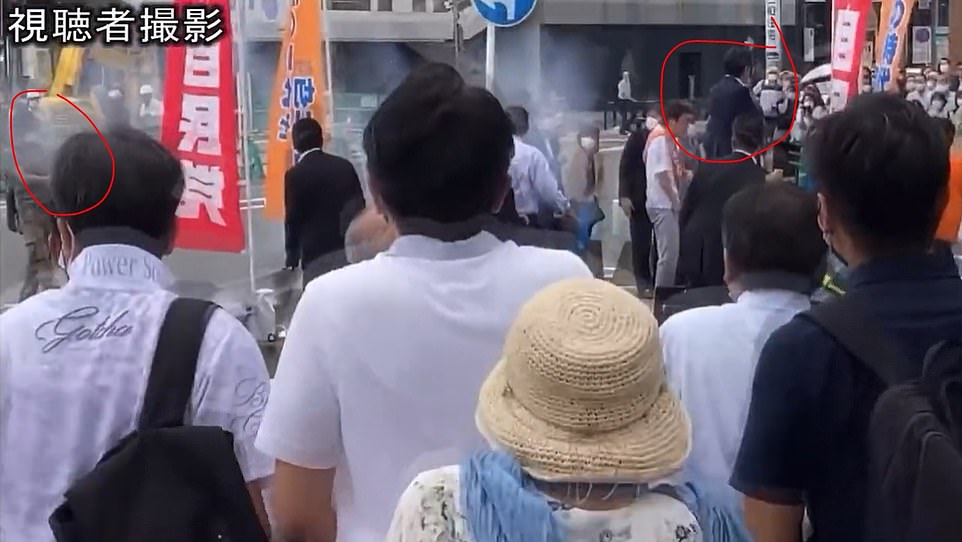 Former Japanese Prime Minister Shinzo Abe, 67, critically injured after being shot in the chest during a speech: Man, 42, arrested at scene

Former Japanese Prime Minister Shinzo Abe was shot dead during a campaign speech in the western city of Nara on Friday.

Public broadcaster NHK said Abe, 67, was in heart failure after being shot, showing footage of the former prime minister collapsed in the street as several guards ran to him.

Witnesses reported hearing gunshots during the apparent attack in Nara as Abe was giving a campaign speech ahead of Sunday’s upper house election.

Abe was seen clutching his chest as he collapsed, his shirt covered in blood. He was rushed to the hospital, his condition is unknown.

Police quickly arrested the man on suspicion of attempted murder and confiscated a gun at the scene, NHK reported.

The attack came as a shock in a country that is one of the safest in the world and has some of the strictest gun control laws. 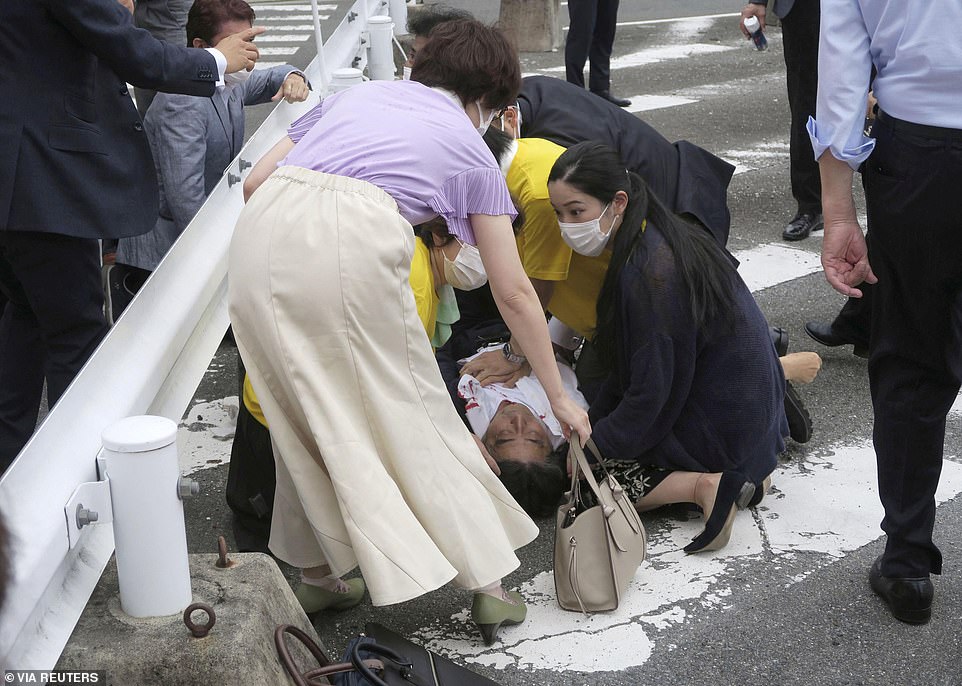 Former Japanese Prime Minister Shinzo Abe lies on the ground after an apparent shooting during an election campaign on July 10, 2022. 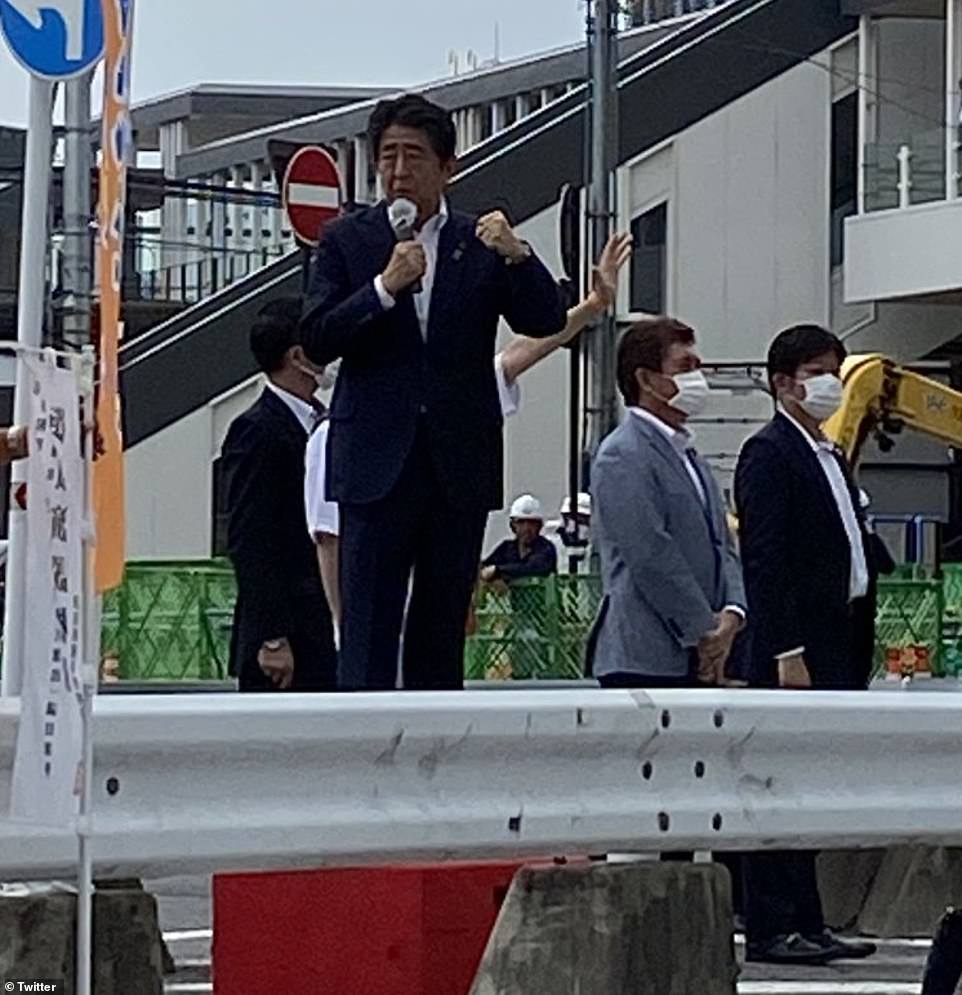 The former leader was giving a speech at an event ahead of Sunday’s upper house election when apparent gunshots were heard, NHK and Kyoda news agency reported.

“He was giving a speech and a man came up behind him,” a young woman at the scene told NHK.

“The first shot sounded like a toy shot. He did not fall, and there was a loud crash. The second shot was more noticeable, you could see a spark and smoke,” she added.

“After the second shot, people surrounded him and massaged his heart.”

Several media outlets reported that he appeared to have been shot in the back, possibly with a shotgun.

The government said a task force had been set up into the incident and the government’s chief spokesperson was expected to speak shortly. 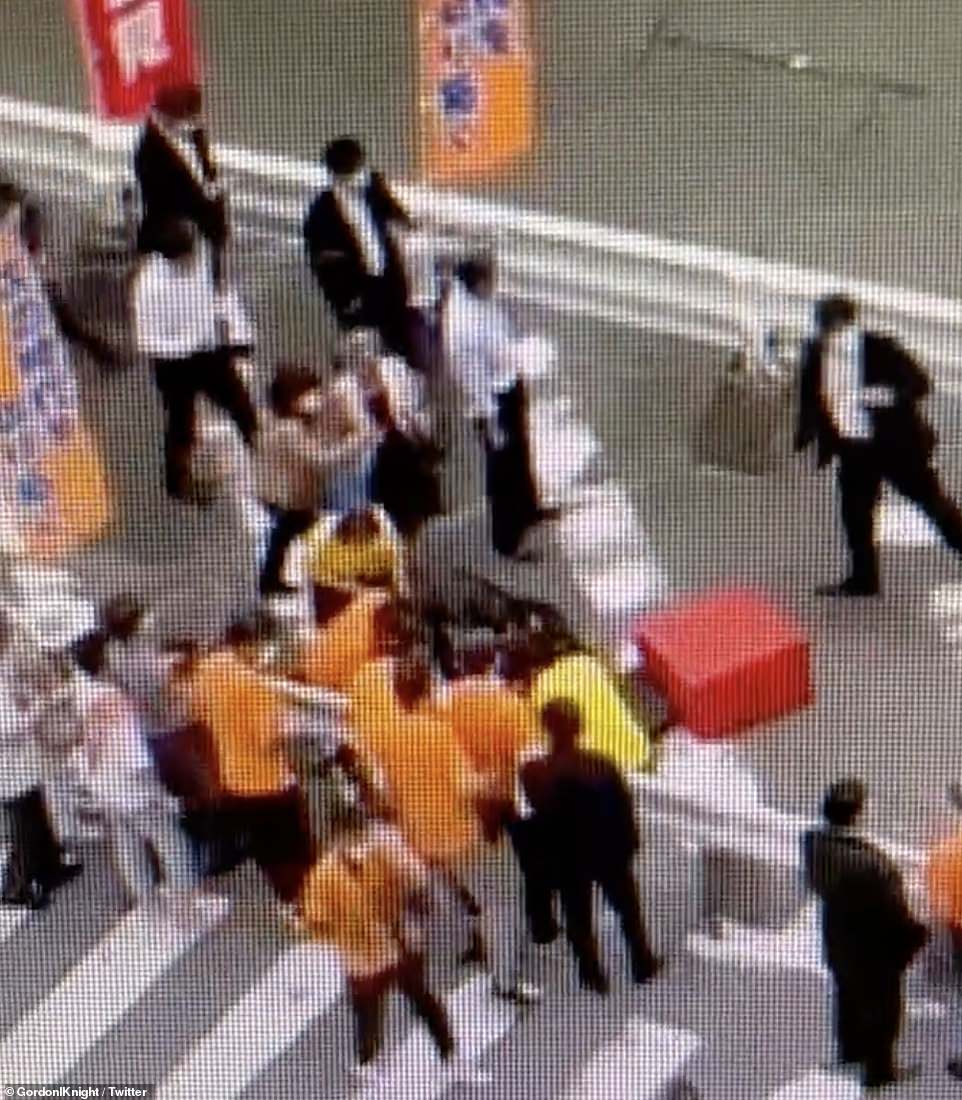 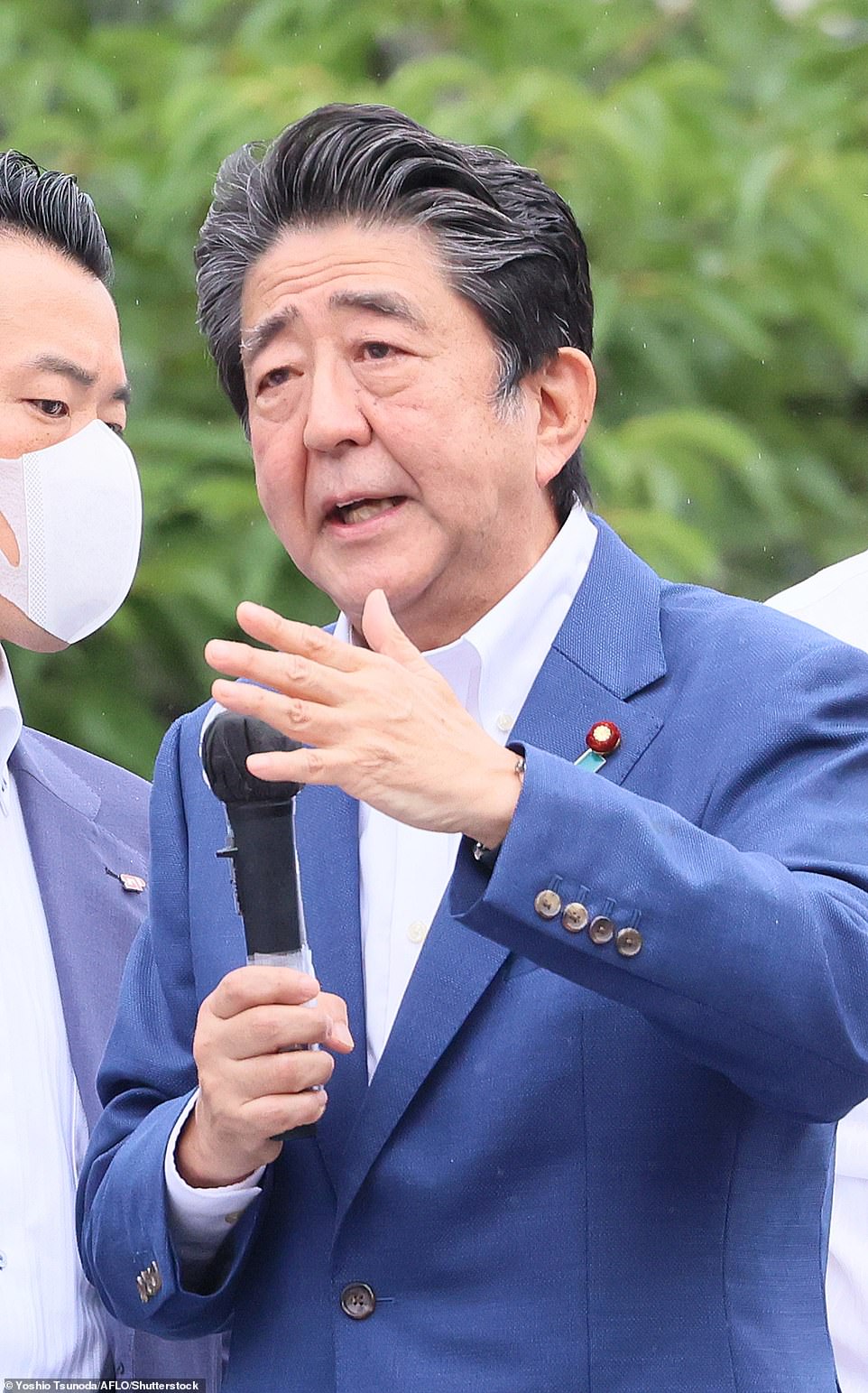 Former Japanese Prime Minister Shinzo Abe on July 6. Earlier today, he was shot during a speech 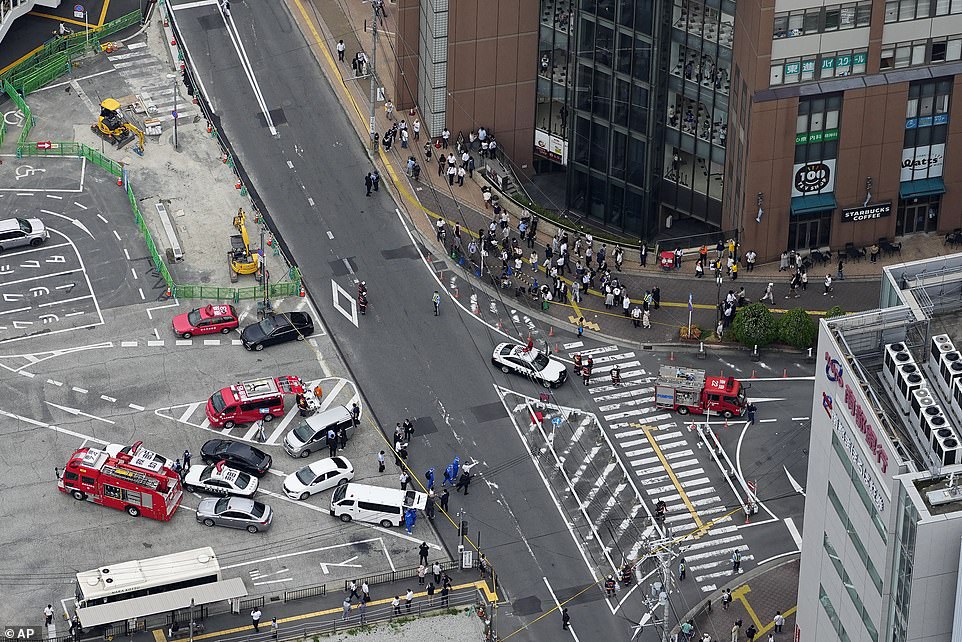 This aerial photo shows the scene of a shooting in Nara, western Japan, Friday, July 8, 2022. Former Japanese Prime Minister Shinzo Abe was shot and is reportedly suffering from heart failure

Abe, Japan’s longest-serving prime minister, served for one year in 2006 and again from 2012 to 2020, when he was forced to step down due to a debilitating intestinal condition, ulcerative colitis.

Japan has some of the strictest gun control laws in the world, and the number of gun deaths each year in the country of 125 million people is regularly in the single digits.

Obtaining a gun license is a long and complicated process, even for Japanese citizens, who must first receive a recommendation from the rifle association and then pass a strict police check.

Kim Kardashian parades around in skimpy white bikini while frolicking on...