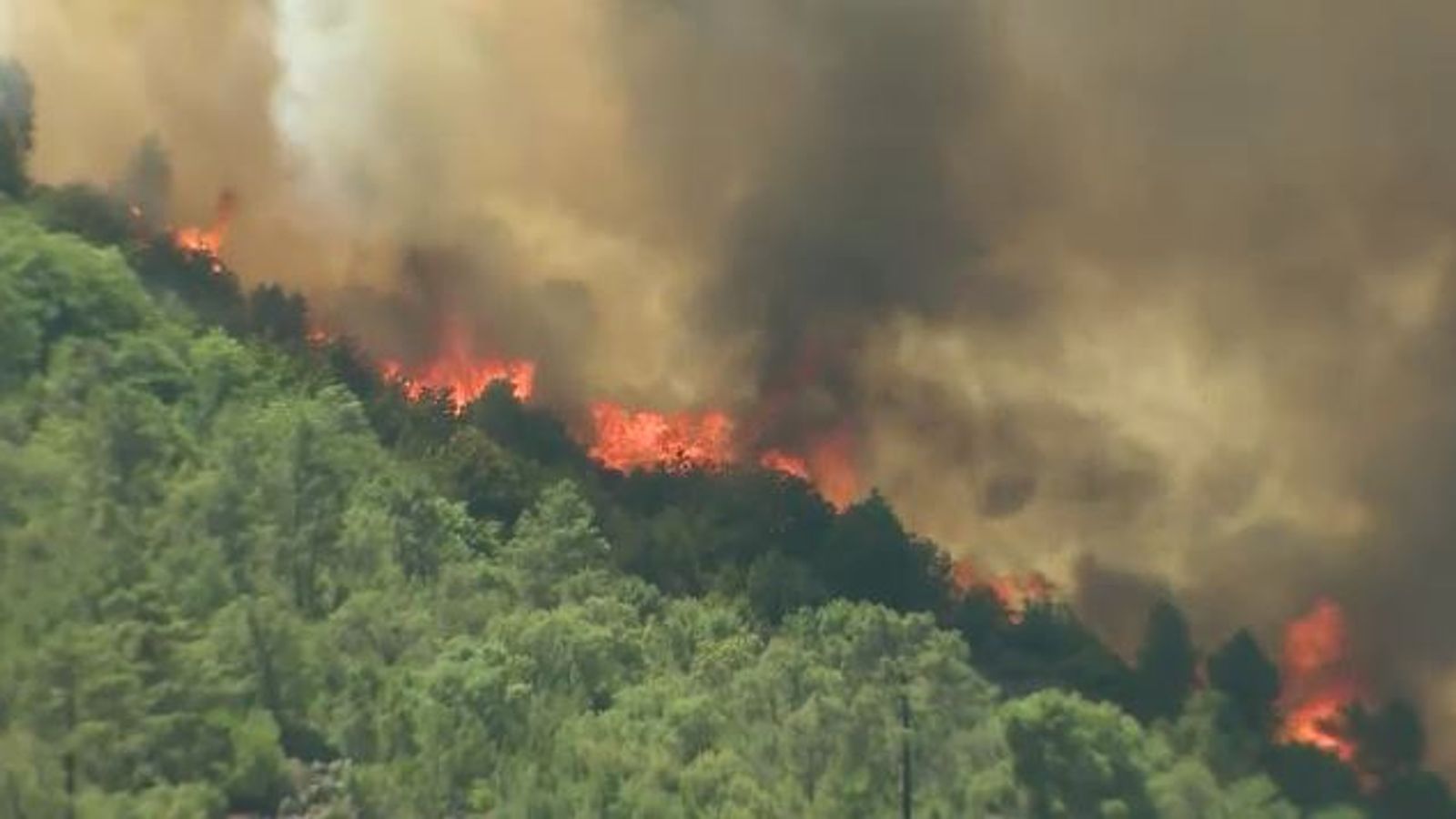 Forest fires in Portugal have left 29 people dead as temperatures are forecast to reach 45C (113F) in parts of the country from Tuesday.

The country saw 125 fires on Saturday, the highest number in a single day this year, with around 1,500 firefighters currently battling three major blazes.

The Portuguese government has declared a nationwide state of emergency from Monday to Friday, July 15.

The weather for the next week raised further concerns due to high temperatures.

The Portuguese Meteorological Agency is forecasting temperatures of up to 45C (113F) in the Alentejo – the region between Lisbon and the Algarve – from Tuesday, while the rest of the country is expecting temperatures in the low 30s and low 40s.

Winds of nearly 40 mph are also expected in several regions, the agency added.

Portuguese President Marcelo Rebelo de Sousa has canceled his trip to the United Nations meeting in New York next week.

While several small villages in Portugal were evacuated on Saturday, only a few houses were damaged.

Portuguese Prime Minister Antonio Costa asked the public on Twitter to avoid using fire and heavy equipment because of the risk of new fires.

Portugal has faced numerous forest fires in the past few years due to high temperatures.

Julianne Moore turns up the glam as she attends the ‘Love...

Telli Swift is in talks to launch a fragrance with Deontay...