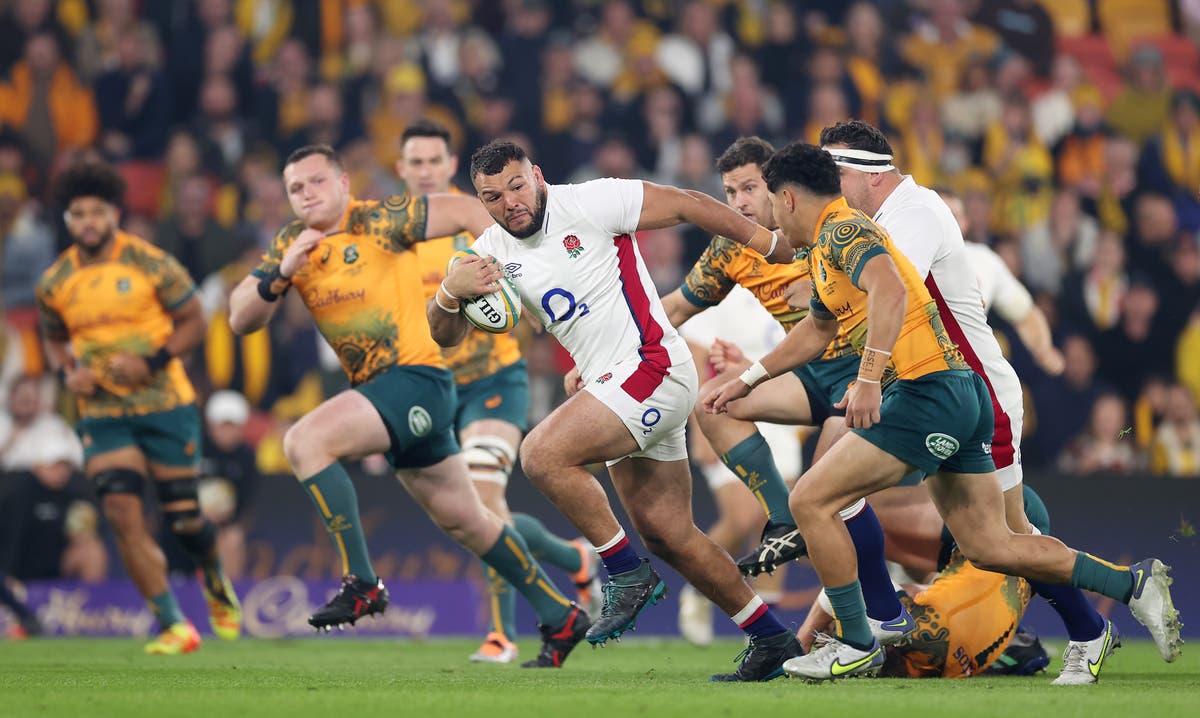 England face Australia in the second Test of the three-match series on Saturday, looking to avenge the disappointing defeat they suffered in Perth a week ago.

England lost 30-28 – their first loss to the Wallabies since 2015 and their first Eddie Jones since taking over as head coach of Red Rose has been in the wrong result against the country of his birth – but this mark obscures the fact that they trailed 30-14 at the death to the late Henry Arundel and Jack van Poortvleet’s try added respectability.

Australia were reduced to 14 men after Darcy Swain’s 34th-minute red card for a header on Jonny Hill, but the disjointed visitors were unable to capitalize and Jones made changes in the second test at Lang Stadium in Brisbane as they try to keep the streak alive.

He has chosen the greens of youth with Tommy Freeman, Guy Porter and Van Poortvleet and with calls for a coaching change growing and the World Cup just over a year away, getting a result is vital.

But Owen Farrell is too ambitious when looking for a corner and Australia send everyone down the tunnel, hammering the ball into the stands.

Eh! Mara Itoje races down to grab Hunter Paisami after a kick, but is thrown away from the center, his head colliding with Paisami’s shoulder. No foul play, but Itoje hits the deck hard, possibly even getting knocked out by the collision.

He will at least need a head injury assessment, but like Jordan Petaiah in the early stages, we may not see him again.

And try it! Credit for this goes to front rowers Angus Bell and Taniela Tupou, who earned a penalty in the scrum and went on to score in England’s 22nd over.

Hunter Paisami’s abrasive passing is excellent, but Bell and Tupou are the main props, first the deceptively wobbly Bell darting into space, then the more sincere Tupou, who delivers a telling strike in England’s goal.

Noah Lolesio pops up over the conversion.

Australian penalty scrum! According to fight expert David Flatman in the commentary booth, Will Stewart is being urged to give it up sharply.

Australia hit the English 22, rather than needing a score.

Australia recovered to 15 men when Noah Lolesio restarted the game.

England’s game so far has been outstanding. Their 19th innings is another encounter, with Jack Nowell beating Marika Caroibete to put the visitors back, although Will Stewart’s hands are not safe as he bends over to try to tidy up the loose pieces.

With a minute or so to go, Izaya Perese’s sin-binning takes place and this time Jamie George gets on the tail of his goal. England’s hammer begins to move again – Australia has illegally stopped the movement. Penalty to England – Owen Farrell will shoot at goal.

It feels like Australia is holding its own here. Again England ask them to turn and back off, kicking in the corner, the Wallabies almost go away.

However, the defensive line continues to perform well. Matt Phillip is the man up again, flicking the ball back towards Nick White, but the scrum-half can’t collect the ball. In touch, he bounces ten meters from the position of the first lineout, from where England will go again.

Strike brings joy to England again! Marcus Smith goes to the boots early and often – not quite what he intended, the ball bounces off Angus Bell’s face but the ball bounces in England’s favor and Sam Underhill takes it.

In 22 the flanker goes offloading Jamie George. What chance does the right have? Few. Hunter Paisami cuts down Jack Nowell, covering him well with a lumberjack’s axe.

Millions of iPhone and Samsung users in the UK could get...

I moved into a house across the street from my mom...