Newsheadlinesuk.com
Home Business Elon Musk is close to giving up on taking over Twitter 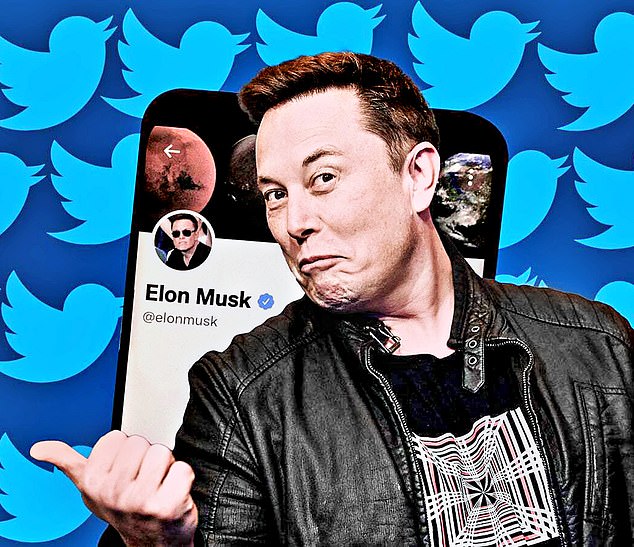 Elon Musk is close to giving up on taking over Twitter due to the number of fake accounts.

The world’s richest man is believed to be considering pulling out of a £37bn deal to buy the social network after disagreeing with its calculations that only 5 per cent of profiles are fake.

In May, Musk said that 20% of the 330 million accounts were fake. While Twitter gave its team access to its “firehouse,” a feed of every tweet posted in real time, managers declined to explain how they calculated the 5 percent figure.

As a result, Musk has “ceased involvement” in takeover financing discussions and has not spoken to any potential backers, a source told The Washington Post.

Twitter shares fell 4.5 percent to $37.12 on Wall Street as analysts at U.S. brokerage Wedbush warned there was less than a 5 percent chance of a $54.20 deal, predicting a deeply discounted deal. .

They said there was a 35 per cent chance Musk would walk away, meaning he would have to pay £831m and potentially trigger a lengthy legal battle.

Wedbush said the deal was “essentially in the window,” adding, “In a nutshell, the Twitter soap opera is clearly coming to an end of sorts in the coming months as Musk decides whether to stay (with a lower price) or leave.” Shares in Twitter fell nearly 17 percent after his approach became known.

The saga has reduced the value of Tesla, the electric car maker through which Musk derives much of his fortune.

JD Sports chief financial officer Greenhalgh is stepping down from the...