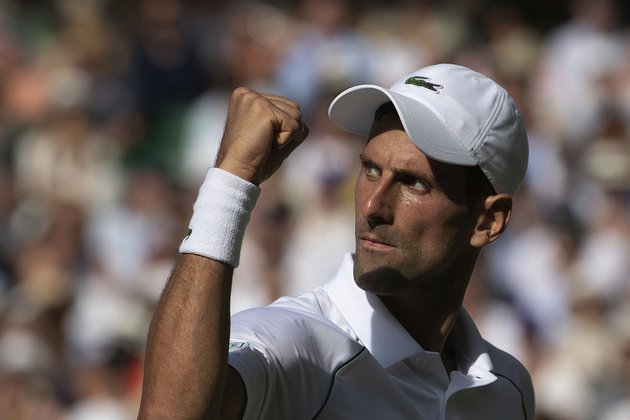 Novak Djokovic will be chasing his 21st Grand Slam win on Sunday when he meets Australian powerhouse Nick Kyrgios in the Wimbledon men’s final, but the Serbian leader admits he is under pressure to add more titles to his collection as his career progresses. ‘ery in the top class. the level of tennis begins to decline.

Djokovic can move past long-time rival Roger Federer in the all-time Grand Slam stakes if he can continue his good form under the London sunshine this weekend, but he says each tournament comes and goes and his chances of establishing an unassailable lead at the top of the Grand Slam scoring list.

Spain’s Rafael Nadal currently leads with 22 – two more than the Serb, who can theoretically play at the same level at the US Open later this year, provided he is allowed to play in the competition as an unvaccinated individual.

Djokovic was deported from Australia earlier this year ahead of the Australian Open after officials determined he had breached the country’s Covid-19 rules.

“I don’t know how many more opportunities I will have to win a Grand Slam trophy because I will be in a few days,” Djokovic, 35, said of his meeting with Kyrgios.

“I am aware of what is at stake. I mean, every match, every grand slam that I have to play in at this stage of my career, there’s a lot at stake. So, of course, I approach it with a positive attitude, self-belief and a desire to win. There is no doubt about it.

“How do you balance that? Well, it’s really subjective. Every player is different. I can’t and don’t want to talk about all the details and routines that I have that make me feel well-balanced and prepared. But there are things that which I do to be mentally, emotionally and physically well prepared.

Djokovic will be the clear favorite to claim another Grand Slam victory on Center Court at Wimbledon on Sunday, but in Kyrgios he will face an opponent who effortlessly blends the sublime with the surreal on court.

The Serbian is a veteran, though, and hinted that he knows what to expect from Kyrgios and will not fall prey to the Australian’s mind games, which have affected even the likes of Stefanos Tsitsipas in earlier rounds.

“A lot can happen on the court,” he said. “There’s so much going on, the pressure and the expectations. Sometimes you can handle it better than your opponent, sometimes you can’t.

“Every player who steps on the court has to adjust and adjust, accept the circumstances and find solutions to win the tennis match,” he said.

“For me, maybe it’s on a different level because I have to deal with different things that happen off the court as well, and maybe the crowd is on my opponents’ side most of the time.

“It’s something I’ve been used to throughout my career. The more you go through these situations, it doesn’t make you feel better, but you just feel more prepared. You know what to expect. It’s always important to manage your nerves better , than perhaps your opponent’s own. That internal battle is always the greatest.”

That being said, Djokovic seems confident that he can handle what Kyrgios throws at him this weekend, but if he is to win a seventh Wimbledon title, it will likely be without going through the test that all of Kyrgios’ opponents have put him through so far. have failed.

And he won’t have many opportunities either.