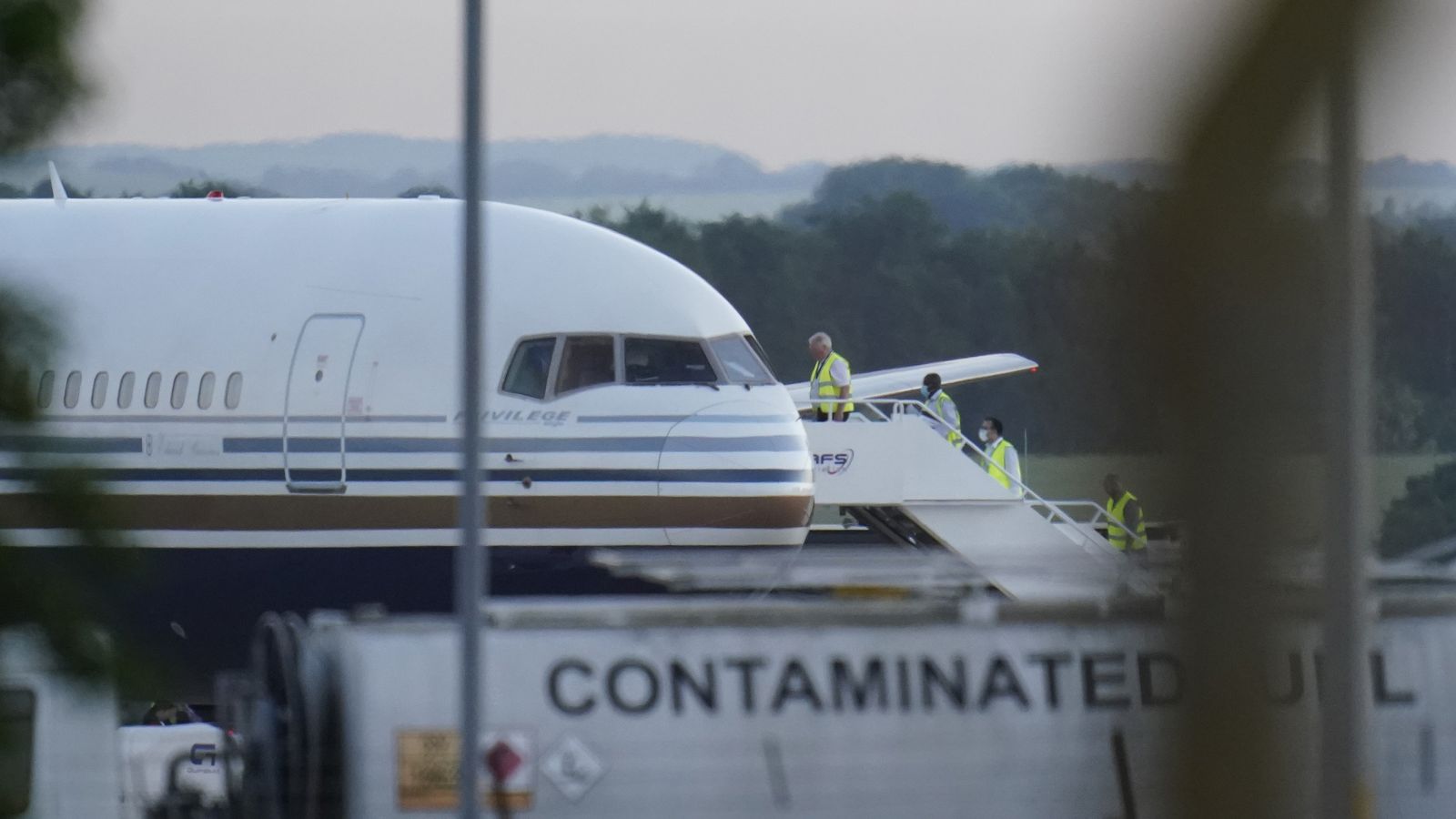 A decision on a court challenge to Rwanda’s controversial government deportation policy has been delayed until September – with the interior ministry refusing to say whether it will try deportation flights in the meantime.

In what they say was a victory for due process and fairness, charities taking the government to court over the scheme say the District Court has granted an application to adjourn the case for several weeks.

Detention Action said no forced removals of asylum seekers to Rwanda should take place until the court makes a decision.

But the Home Office said it remained “determined” to enforce the policy and was “ready to defend” it in court.

Lawyers for the groups taking action say the policy puts people’s lives at risk and is an illegal way to treat asylum seekers before they are deported and sent to Rwanda.

The government’s attempt to bring the first group of asylum seekers to the central African country last month was stopped by the judges at 11 o’clock and prompted threats from ministers that the UK could withdraw from the European Convention on Human Rights.

Claire Moseley, founder of Care4Calais, said: “Rwanda’s plan is tough. We are currently working with over 20 people who have been detained and notified of Rwanda since the last trial and many of those who were there last time remain in custody, exhausted and alone and scared of what may come the future.

“These people have lived through some of the worst things that can happen on this planet. They have been left with terrible physical and mental scars and now face the threat of further extreme trauma.

“We have been overwhelmed by the public support we have received so far, but it is vital that we keep the pressure on. We only have seven weeks until we end up in court to fight against this brutal plan.”

Rwanda’s scheme was announced on April 14 amid the Home Office’s failure to stem the flow of people crossing the English Channel in small boats.

Tightening of border controls at the Eurotunnel and ferry ports has led to an increase in the number of people risking their lives to cross by boat – although this increase is not necessarily reflected in the total number of asylum applications.

More than 7,000 people have reached the UK in small boats since Home Secretary Priti Patel announced the Rwanda policy, according to figures compiled by Sky News.

Read more: Why are people being sent to Rwanda and how will it work?

This happens during the training of border troops up to 60 thousand people – double the number of last year – to arrive on British shores in 2022.

A Home Office spokesman said: “Our world-leading partnership with Rwanda is a key part of our strategy to rebuild our broken asylum system.

“We were clear from the start that we were expecting legal challenges, but we are determined to secure this new partnership.

“This is vital to prevent deaths on the canal and to break the business model of people smugglers. No court has actually declared this partnership illegal, and we are ready to defend the partnership in court.”

Pictures show a line of trucks outside the Port of Auckland...

Lane closures on Thelwall Viaduct due to emergency pothole repairs