Newsheadlinesuk.com
Home Tech Could the London-based games company become the Pixar of Web3? 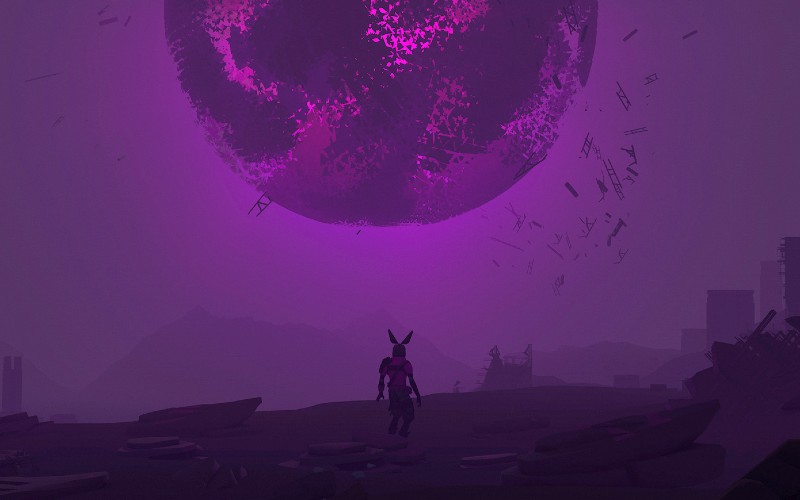 The London-based gaming company aims to become the “Pixar of Web3”.

Cauldron is building three virtual worlds — two with a fantasy focus and one with a sci-fi focus — after raising $6.6 million in seed funding.

Mark Warrick, the company’s founder and CEO, told TechCrunch that the first of these – Project Nightshade (pictured) – will launch this fall.

“Web3 games really lack stories… people don’t really come back because there’s no reason to come back,” he said. “If you close your eyes and listen to a Pixar movie, you won’t see the art or the technology, but the story still captures you. Storytelling is what matters.

“Characters in conventional entertainment are created and observed by the audience, but imagine an empty world where we put these characters and you can define these origin stories, villains, heroes and create your own version Star Wars, Game of Thrones and watch it develop.

“It’s a new form of entertainment.”

He continued, “We’re targeting Pixar not because of the aesthetic, but because they created the recipe Toy Storyand 23 years later, they never had a thing… we want to create a recipe with Project Nightshade and we want to repeat it and create many worlds.

“In five years I’d like to have three worlds loved by millions, and in 10 years multiply that by four.”

Designing these worlds to allow people to own parts of them is fundamental to the vision.

“You have to look at what Web3 is: it’s about asset ownership,” Warrick explained. “If you’re not designing around owning a piece of the universe, then existing entertainment can’t translate to that.

“We wish we had that chance, and now people have a chance to do that, but with a new IP.”

The round was led by Cherry Ventures with participation from Cassius, Seedcamp and Playfair.

The next big cyber threat is Russia – and blockchain

Content aggregation, rating and discussion website Reddit will introduce a blockchain-powered avatar system in the coming weeks. A limited edition set of artwork created by independent artists who are also Redditors will be available for purchase in local currency, and the artwork will be stored on the Polygon (MATIC) blockchain.

Retail app Robinhood has now enabled Bitcoin transfers in and out of its app for all users.

Binance US has appointed former PayPal executive Jasmine Lee, who most recently served as CFO and COO of investment app Acorns, as its CFO.

Payment technology provider Banking Circle has added the USDC stablecoin to its rails for accepting, processing and settling payments. Its clients include Checkout.com, Payoneer, Paysafe and Stripe.

Blockchain company Kongregate has acquired Chilean mobile game development studio Gamaga for €5-7 million. Gamaga produces titles for companies such as Sony, Div3rsion and iEntertainment Network. One of the latest games is Cobra Kai, a mobile card game based on the popular Netflix series.

Thalex, a trading platform offering crypto options and futures settled on stablecoins, has raised a €7.5 million Series A funding round. Participants include Bitfinex, Bitstamp, Flow Traders, IMC, QCP and Wintermute.

Crypto must be decentralized to survive

Market leader Bitcoin – the original cryptocurrency created by the mysterious Satoshi Nakamoto – rose 7% to $21,825. BTC is up 12% for the week.

Ethereum, the second-most valuable cryptocurrency built as a decentralized network for smart contracts on the blockchain, rose 7% to $1,245. ETH is up 18% for the week.

Binance Coin is a cryptocurrency created by the popular crypto exchange Binance to help it become an infrastructure service provider for the entire blockchain ecosystem. Its BNB token rose 2% to $241, giving it a seven-day gain of 10%.

Ripple’s XRP token, a payment asset exchange and money transfer system, acts as a bridge for transfers between other currencies. XRP rose 7% to 35 cents, and its value is up 11% since seven days ago.

Cardano is an open-source dApps-facilitating network that bills itself as an upgraded version of Ethereum. Its ADA token, designed to allow holders to participate in the operation of the network, rose 3% to nearly 48 cents, up 6% on the week.

Solana is a blockchain built to make decentralized finance available on a larger scale – and is capable of processing 50,000 transactions per second. Its SOL token added 4% to $37.88 and is 16% higher than its value a week ago.

The DOGE meme coin was created as a satire on the hype surrounding cryptocurrencies, but is now a major player in the space. DOGE rose 4% to 7.1c, making it up 9% for the week.

Polkadot was founded by the Swiss Web3 Foundation as an open source project to develop a decentralized network. Its DOT token, designed to securely connect blockchains, added 5% to $7.22, up 9% from a week ago.

Avalanche is a lightning-fast auditable platform for institutions, businesses and governments. Its AVAX token is up 7% to $20.18 and up 25% for the week.

To see how the valuations of major coins have changed recently – and get a roundup of the latest cryptocurrency news – Click here.

See below for a ranking of the top 100 coins by market cap in USD plus 24-hour price change.

In Crypto: Can London games firm become Pixar of Web3?