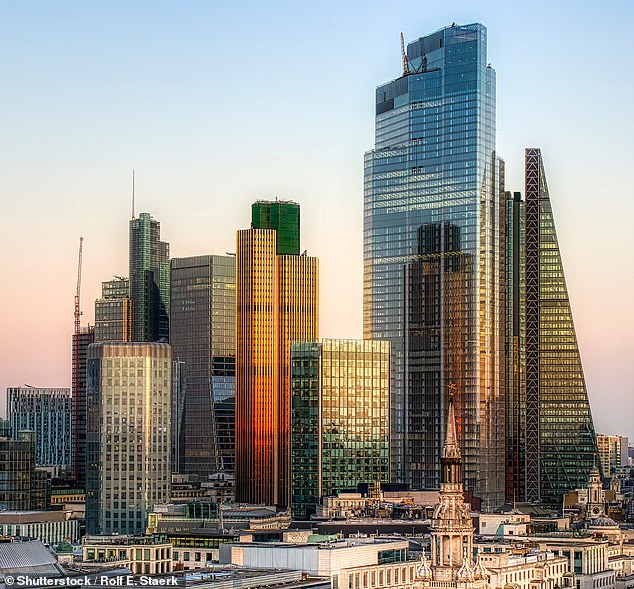 The next government should seize the opportunity to launch a major “reset” of economic policy and business strategy, according to some senior British corporate executives.

They believe that a new framework for growth must include ambitious plans to take the country into the next decade, build consensus and draw a line under the divisions of the past.

Despite being ousted last week, Boris Johnson plans to stay in office until the Conservative Party conference in October. Until then, leadership hopefuls will outline their plans to stimulate the economy.

Looking ahead: The next government should seize the opportunity to embark on a major ‘reset’ of economic policy and business strategy

The prime minister and former chancellor Rishi Sunak were expected to give a speech this week outlining their economic plans, but the event was cancelled.

Marks & Spencer chairman Archie Norman, a former Tory MP and former deputy leader of the Conservative Party, urged the current caretaker government not to rush into an ill-conceived plan despite the worsening economic outlook.

He said: “The country needs a reboot. We need to use the next three months to reflect on what we’ve come to since 2016 – since the Brexit vote – and put it all behind us.

“That means accepting what has happened and developing policies that will allow the country to move forward and build on our strengths.”

He said the UK was “trapped” by viewing events “through the lens of Brexit”.

“Every decision is seen as a justification for Brexit or a confirmation that it was not a good idea. Now people must come together to develop a comprehensive plan for Britain’s competitiveness outside the EU. It means a long-term plan to improve productivity and competitiveness – an industrial strategy if you want to call it that – and it needs to be done with a sober mind about where we want to be as a country, rather than lurching from palliative to palliative as if the government can solve any problem”.

He noted that the leaders’ conference “will encourage debate and discussion” but noted that “early leaders rarely win”. Norman said that means the process takes time, “as inconvenient as it may be.”

Asked if the country needed an emergency plan to carry it through the next four months while the leadership campaign was underway, Norman said: “The danger in rushing is that the crisis is evolving all the time.

We don’t know how long this inflationary period will last, and much of the problem is due to world events beyond the control of the government and the Bank of England. “We know that consumer spending will begin to decline sharply in the fall as higher bills and higher prices land on the doormat. But there is a danger in reacting to events as they happen in order to chase popularity and never get ahead of it.”

John Allan, former president of the Confederation of British Industry and chairman of supermarket Tesco and housebuilder Barratt Developments, said the reboot was “long overdue and hopefully now is the chance”.

“It would be great if the new leader of the Conservative Party would set out a comprehensive strategy that they are prepared to follow for the long term. A broad framework of economic, industrial and social policy that gives everyone in the country clarity about where we are going.’

He added: “Could the different political parties even agree on some basic principles so that business knows we are all moving in the same direction and there is some national consensus on what needs to be done?” That would be ideal, but perhaps unrealistic to hope for.’

Many corporate executives are still reeling from Johnson’s 2018 “shit business” comment. One senior board director said: “Recent times have been sad on many levels. I sincerely hope we can move on. We need to see who has sensible proposals and who is willing to take on a long-term plan because at it will take years.”

She added: “We are concerned that businesses will stop making decisions.”

Lord O’Neill, the former chief economist at Goldman Sachs and a former Chancellor of the Exchequer, said last week that Johnson had left “no real economic legacy” other than “utter confusion”.

Corgi owners say the pets are “behaving differently” as they mourn...