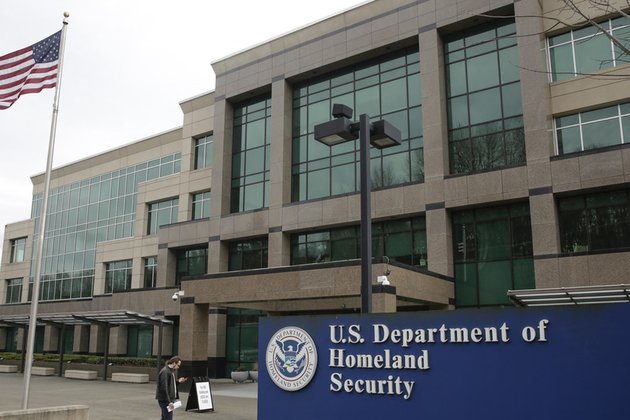 A grand jury indicted five people for “stalking, stalking and espionage? on behalf of China

One current and one former federal law enforcement officer are among five people indicted by a US grand jury in connection with an alleged scheme to silence critics of the Chinese government.

The three defendants — Fan “Frank” Liu, Qiang “Jason” Sun and Matthew Ziburis — waged a campaign to “espionage, harass and discredit” dissidents living in the U.S. to stifle criticism of Beijing, the U.S. prosecutors claimed on Thursday. U.S. Department of Homeland Security (DHS) employee Craig Miller and former DHS officer Derrick Taylor are accused of destroying evidence and lying to FBI investigators when confronted about the release of information from a restricted federal database allegedly used by Liu and Sun.

Miller is a 15-year employee of DHS and currently works as a deportation officer in Minneapolis. Taylor retired from the department and now works as a private investigator in Irvine, California. Liu and Sun allegedly conspired to bribe a federal official to obtain the tax returns of anti-China activists.

“We will defend the rights of people in the United States to free speech and political expression, including views that the PRC (People’s Republic of China) government wants to silence,” said Matthew Olsen, US Assistant Attorney General for Homeland Security. “According to the indictment, these individuals helped agents of a foreign government in their attempts to suppress the voices of dissenters who found refuge here. Among the accused are two law enforcement officers who took an oath, who decided to renounce the oath and violated the law.”

An artist from California was among the “dissidents” allegedly attacked by the accused. Posing as a dealer interested in buying his artwork, Ziburis secretly installed surveillance cameras and GPS devices in the artist’s studio and in his car, prosecutors said. The defendants allegedly planned to destroy the dissident’s works.

In March last year, the US Department of Justice announced for the first time statements that Liu, Ziburis and three other alleged conspirators harassed and spied on anti-Beijing critics on behalf of China’s secret police.

The grand jury indictments were announced a day after US FBI Director Christopher Wray and UK MI5 chief Ken McCallum delivered a report in London alleging that China had attempted to steal Western technology on a scale “larger than any other country combined taken”.

Chinese Foreign Ministry spokesman Zhao Lijian responded on Thursday, saying that Rei had “played along with the so-called Chinese threat to defame and attack China.” He added that Britain’s security service must “stop creating imaginary enemies”.

Rents are rising at their fastest pace for 16 years, according...

Ventaja de Julio Rodríguez to win the Rookie of the Year...

Stacey Dooley is pregnant and expecting her first child with Kevin...