Newsheadlinesuk.com
Home United Kingdom Cardi B and Megan Thee Stallion reunited to perform “WAP” at the... 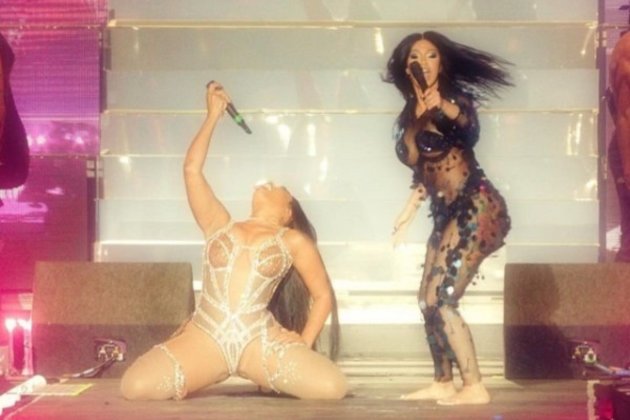 Washington [US]July 10 (ANI): Cardi B and Megan Thee Stallion finally reunited for a fiery performance at the Wireless Festival in London on Friday, July 8.

According to Billboard , the hip-hop superstars, who attended the UK festival over the weekend, surprised fans with an explosive rendition of their hit song “WAP” during Cardi’s set at Finsbury Park.

Cardi B and Stallion last performed on stage for “WAP” during a truly insane performance of the Billboard Hot 100 hit at the 2021 Grammy Awards Center. During a fast-paced performance, the rappers spit their verses while crawling and throwing themselves on a giant bed in the center of the stage.

“WAP” debuted at number 1 on the 2020 Hot 100 and spent four weeks on the chart. The single also had a 10-week streak at the top of the Hot RB/Hip-Hop Songs chart that year.

But “WAP” wasn’t the only talking point during Cardi’s Wireless appearance. The hip-hop star took to social media on Friday night to clarify that she did not get into an altercation with festival-goers during the show. “It wasn’t a FIGHT,” she tweeted, showing her followers a video of the moment, which shows the artist in a pit surrounded by screaming fans, according to Billboard.

Cardi recently released her first song of 2022, “Hot Shit,” featuring Kanye West and Lil Durk. On Saturday, she tweeted that the music video for the song could be out at any moment.

What are the do’s and don’ts for women in Qatar?

The Church of England should allow same-sex marriage, the bishop believes

Four arrested on suspicion of planning terrorist attacks in Iceland ...

This American woman didn’t like being accused of her Irish roots...