Newsheadlinesuk.com
Home World Brit survives apocalyptic avalanche while hiking in Kyrgyzstan after a chunk of... 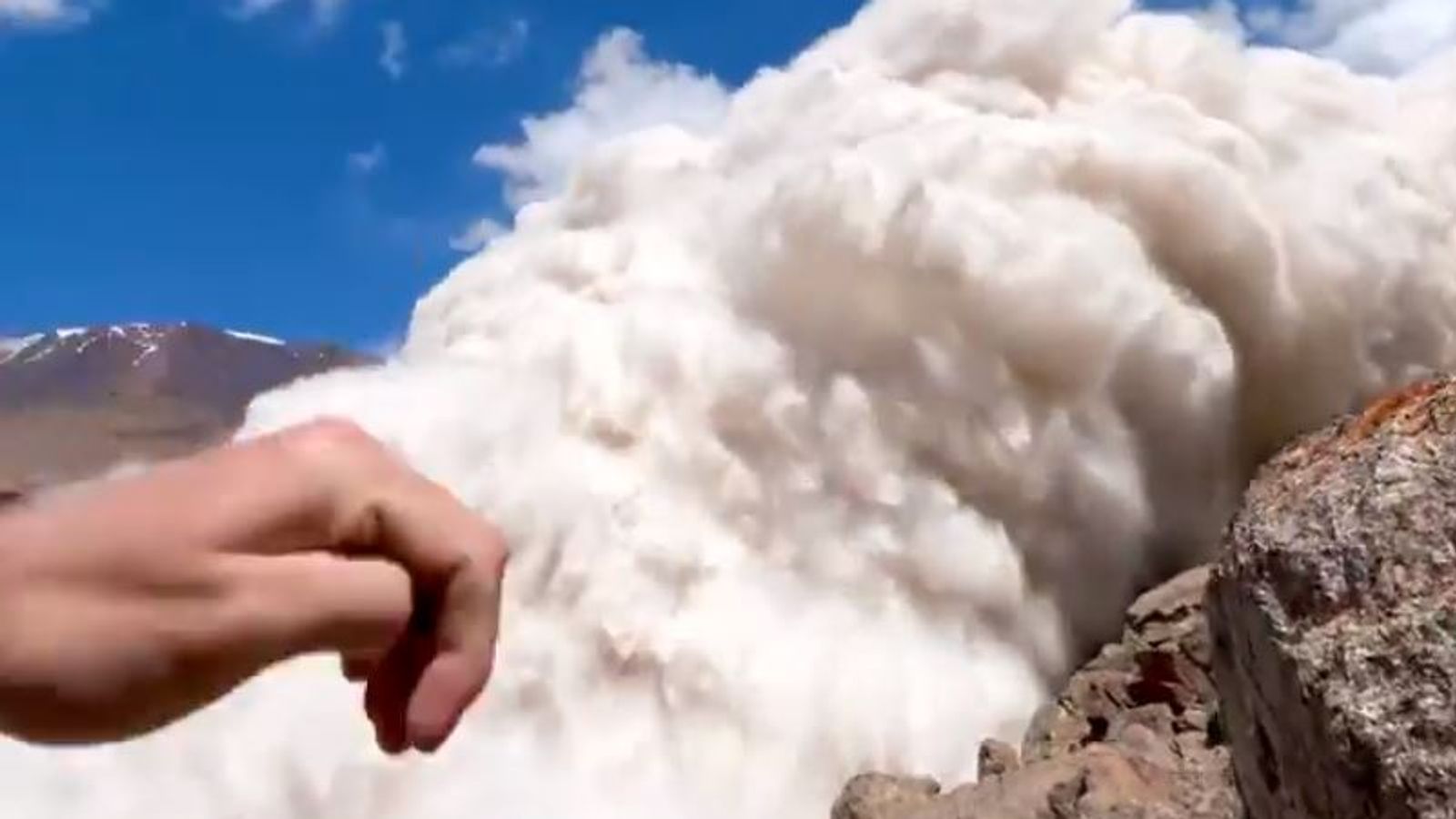 A man who heard a “deep crack of ice” says he was “bricking it” and thought he might die when an avalanche descended on him from a mountain in Kyrgyzstan.

Harry Shimin, who was among nine Britons and one American on a tour of the Tien Shan mountains, said they were lucky to survive after a chunk of the glacier broke off.

If they had gone “five minutes further into our march, we would all be dead,” he said in an Instagram post.

“We’d only hear a crash before the lights went out.”

Mr Shimin, 27, said they had just reached the highest point of the trek when he broke away from the rest of the group to take a picture on top of the cliff.

Still, “when it started snowing and it got dark (and) it got harder to breathe, I was bricking it and I thought I might die,” he added.

“I was on the edge of a cliff, so I could only run away from the shelter (so I don’t move).

“Yes, I left it to the last second to move, and yes, I know it would be safer to move to the shelter right away.”

His video shows a carpet of ice and snow rolling down the mountain, getting closer and closer until it crosses the top.

“Behind the rock it was like a blizzard,” he said.

“As soon as it was all over, I was hit hard by the adrenaline rush. I was only covered in a light layer of snow with no scratches.

“I was dizzy. I knew the rest of the group was further away from the avalanche, so I was fine.”

Although they were all safe, one individual “cut his knee quite badly” and “had to ride one of the horses to the nearest medical facility.”

“The whole group was laughing and crying, happy to be alive (including the girl who cut her knee),” Mr Shimin said.

“Only later did we realize how lucky we were.

“If you look closely at the video, you can see a faint gray trail winding through the grass. It was a trail.

“We then crossed it, walking among massive ice-boulders and stones, which were thrown up much farther than we could have run, even if we had acted immediately.

“What’s worse, the trail runs along a low ridge, hiding the mountain from view, so we’d only hear a rumble before the light went out.”

At least eight inmates died in a fire at Evin prison...

Jake Paul has faced an investigation after shocking bribery claims

Citi warns UK inflation to top 18% due to rising energy...