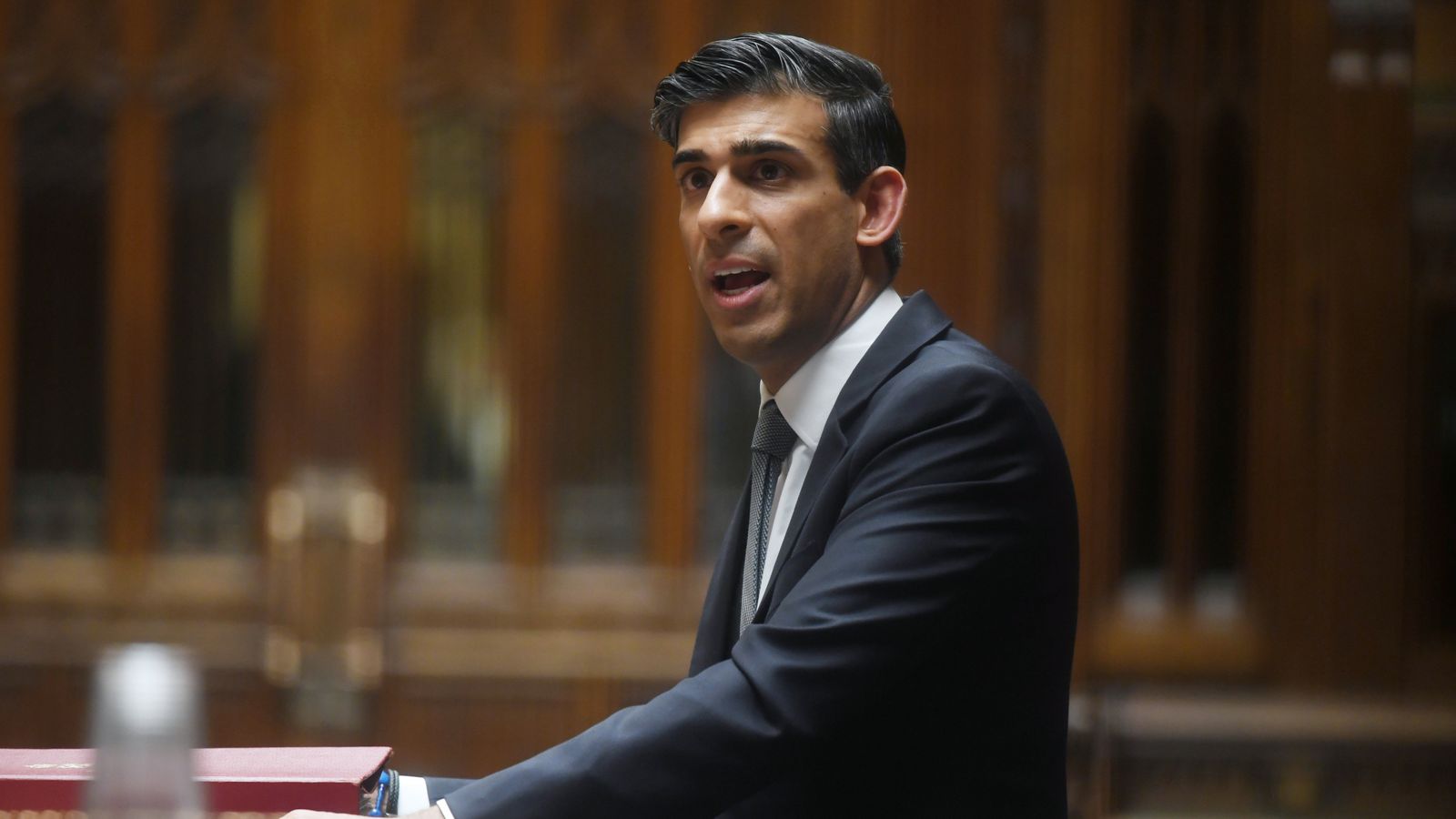 Rishi Sunak has announced that he is running to become the next Prime Minister following Boris Johnson’s resignation yesterday.

“Let’s rebuild trust, rebuild the economy and unite the country,” he wrote on social media.

They prompted an avalanche of resignations as Mr Johnson faced questions about him row processing over disgraced MP Chris Pincher, which ultimately led to the prime minister agreeing to step down on Thursday.

In a video uploaded alongside a tweet introducing himself as the next Conservative leader, Mr Sunak said: “I want to lead this country in the right direction.”

He also highlighted his experience during the pandemic as an example of why he is fit for the job.

“I ran the toughest department in the government during the toughest times as we faced the nightmare of COVID,” he continued.

“We have had enough of division.

“Politics at its best is a uniting activity, and I’ve spent my career bringing people together. Because that’s the only way to succeed.”

“Someone has to seize the moment”

In a video message, Mr Sunak added that Britain could not tell itself “comfortable tales”.

“Do we face this moment with honesty, grit and determination, or do we tell ourselves comfort tales that may make us feel better in the moment but leave our children worse off tomorrow?” he continued.

“Someone has to seize this moment and make the right decisions. That is why I will be the next leader of the Conservative Party and your Prime Minister.’

Mr Sunak said he would outline his vision in the “coming days and weeks”.

“Dishi Rishi” will once again become a favorite of Torah

Will Dishi Rishi be able to convince Tory MPs that he is to their liking and become the flavor of the month in the Conservative leadership election?

He was a darling of party activists a few months ago, but the controversy over his wife being tax-free was too much for some Conservative MPs to bear.

His Indian father-in-law is a billionaire, he and his wife are fabulously wealthy, and cynics will argue that he won’t need to scramble for rich donors to fund his campaign.

But admirers – like his predecessor at Richmond, Lord Hague – note his charm, attention to detail and hard work. Lord Hague spoke about his practical approach to studying the problems of Dales farmers.

Until he left office on Tuesday, he frequently clashed with Mr. Johnson over taxes and spending. He wanted to keep the public finances in order, and the prime minister wanted him to spend more while cutting taxes.

His big public success was the holiday scheme during the COVID pandemic and his ‘Eat to Help’ scheme, which was very popular with visitors.

Now putting himself forward as a candidate against Boris, the “scary Rishi” must convince Conservative MPs and then party members that he is genuine and not a meal deal just to get desserts.

Several Conservative MPs have been quick to endorse Mr Sunak as a leadership candidate.

Among them was former Conservative Party leader Oliver Dowden, who called Mr Sunak “the best man to lead our country and arguably the best man to beat Labour”.

Another former cabinet minister, Liam Fox, said the former chancellor was the only leadership candidate who had the “experience, integrity and vision” to guide the country through the economic challenges it now faces.

Mel Stride, chairman of the influential Treasury Select Committee, described Mr Sunak as “certainly the best candidate to get the economy back on track”, adding: “We need a serious man to get us through these difficult times”.

Mark Harper said the former chancellor has an “exciting vision for the future of the country”.

He wrote on social media: “I support Rishi Sunak to restore trust, restore economy, unite the country, win the next election.

“I’m #ReadyforRishi as he embodies a return to traditional conservative values ​​and has an exciting vision for the future of our country.”

Sunak can unite the party

Conservative MP Angela Richardson, who quit as Michael Gove’s parliamentary private secretary in January because of her “deep disappointment” with Mr Johnson’s handling of the partygate scandal, also backed Mr Sunak for the leadership.

Leader of the House of Commons Mark Spencer was another to back Mr Sunak.

“Rishi is a leader who can unite the party, unite the entire country and win a fifth general election,” he said.

“In serious times, we need a person with proven work experience. Rishi gets my full support.”

“Rishi has the energy and vision to defeat Labor in places like Redcar and I believe he will give us jobs, opportunities and a bright future,” he wrote on social media.

Another Conservative MP in 2019, Laura Trott, posted on Instagram: “It’s time for an honest leader. A leader who can be trusted to unite our party and bring the country back together.”

Ben Wallace is the bookies’ favorite to succeed Johnson as Tory leader and prime minister, having risen in the party’s popularity ratings in recent months.

The latest YouGov poll of Tory members shows the Defense Secretary as the clear favorite to be the next leader.

Read more:
Who is the favorite to replace Johnson?

The poll shows Mr Wallace ahead of all the main rivals, including Mr Sunak, Penny Mordaunt and Foreign Secretary Liz Truss.

However, the defense minister has yet to throw his hat into the ring.

Sky News political correspondent Joe Pike understands Mr Wallace is discussing the matter with his family before deciding how to proceed.

Addressing the nation shortly after noon on Thursday, Mr. Johnson offered his resignation but said he intends to remain in his post until a successor is chosen, a process that could take months.

This provoked a backlash from senior Conservatives, including former party leader Sir John Major, who in a letter to the Chairman of the 1922 Committee, Sir Graham Brady, said that it was “unwise and may be unsustainable” that Mr. Johnson should remain in place until the fall.

Labor leader Sir Keir Starmer too threatened to express a vote of no confidence in the House of Commons with the support of other opposition parties, unless Tory MPs are able to reject it immediately.

Tugendhat was the first to bet

On Thursday evening it was Tom Tugendhat the first MP to announce that he will run for office to replace Mr Johnson in the Tory leadership contest.

Sky News understands that both Dominic Raab, the deputy prime minister, and Michael Gove, the former promotion secretary, have ruled themselves out of the running.

Mr Javid is also understood to be deciding whether to enter the competition.

bad news from the battlefield for Putin, renewed nuclear threat from...