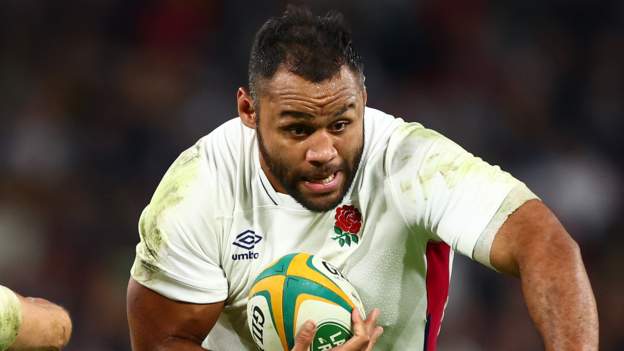 Billy Vunipolo produced a vintage performance to help England overcome Australia in the second Test, but Eddie Jones says there is more to come.

The stalwart Saracens number eight scored a try for England in their 25-17 series win in Brisbane.

Returning to the team after a 15-month absence, Vunipolo reminded head coach Jones what he can do.

“Billy is getting fitter. He still has time, but we’re happy with his progress,” Jones said.

Vunipolo, a stalwart in the 2019 World Cup finals squad, had to accept being left out of the 2021 Six Nations as Saracens played in the Championship.

“I was banned for a year because I didn’t meet the standards,” he said.

He returned to his best last season and caught the eye with his performance for Saracens in the Premier League final.

With Alex Dombrant and Sam Simmonds unavailable for the tour through injury, Vunipolo was recalled to the squad and won his 61st cap in last week’s first Test defeat.

Frustrated with their performance in the pack, England bounced back impressively in Brisbane with Vunipola at the fore.

“We got hit hard last week,” he said. “The Australian pack beat us up front, especially late in the game.

“It was up to us as forwards to get the ball with the front foot. We did and our mauls and scrums were of different levels.

“We want to go out next week and be better than we were this week. The first half, especially the first 35 minutes, I thought we were pretty good, but we let them into the game.”

Almost half of Britons are struggling to pay their bills

House of the Dragon: Rhaenyra and Daemon return to King’s Landing...

Zelensky claims Ukrainian forces have liberated more than 30 settlements in...