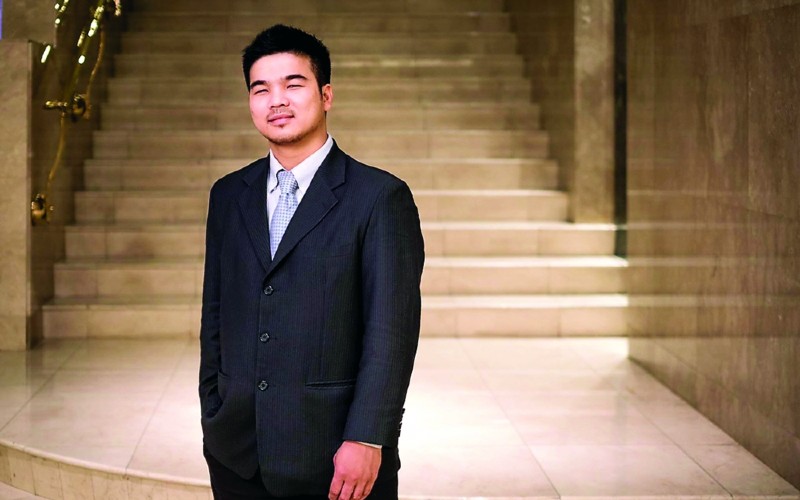 A Vietnamese billionaire has invested in a company that claims its virtual world will create millions of jobs.

Switzerland-based MetaWorld Blockchain has received $30 million from Mai Vu Minh, according to a press release.

“Meta World (METAD) will create millions of jobs for developers and creators and become one of the most advanced digital infrastructures in the world,” said billionaire SAPA Group Executive Chairman Thale.

According to METAD CEO Michael Sam, the virtual ecosystem will develop in six areas – smart contracts, financial services, play-to-earn games, supply chain, healthcare and cryptocurrencies – to serve the ecosystem and METAD partners around the world.

SAPA Thale aims for a “big digital economy” that will unfold in a virtual universe — currently under construction — with users able to sell both physical and digital products.

“The use of blockchain can bring unprecedented security, trust, automation and efficiency to almost any type of transaction,” Min said.

eukhost is a fully managed WordPress hosting provider for bloggers

DeepNFTValue, a machine learning company that uses deep neural networks to price non-fungible tokens and other NFT assets, has raised $4 million in a round led by Rockaway Blockchain Fund and with participation from 1Confirmation and Cygni Capital.

Crypto investment platform CoinFLEX has sued the owner of an individual account in Hong Kong in an attempt to recover $84 million it believes is owed to him. Withdrawals on the platform have been suspended since June 23 due to liquidity problems said to be caused by the “whale”.

Kenya has the highest rate of cryptocurrency adoption in Africa. According to a report by the United Nations Conference on Trade and Development (UNCTAD), 8.5% of its population – 4.25 million people – hold crypto. This is more than the US, where 8.3% own digital currencies. War-torn Ukraine ranks first in the world with 12.7%, followed by invaders Russia (11.9%), Venezuela (10.3%) and Singapore (9.4%).

Binance has been granted a license to offer crypto services in Spain. The Bank of Spain has authorized its Spanish subsidiary Moon Tech Spain to officially act as a recognized virtual asset service provider – the 16th firm to receive this license.

Get paid on WhatsApp? Social commerce platform launches in UK

Market leader Bitcoin – the original cryptocurrency created by the mysterious Satoshi Nakamoto – fell more than $1,300 to $20,477. BTC is up 7% for the week.

Ethereum, the second most valuable cryptocurrency built as a decentralized network for smart contracts on the blockchain, fell by $100 to $1,145. ETH is up 9% for the week.

Binance Coin is a cryptocurrency created by the popular crypto exchange Binance to help it become an infrastructure service provider for the entire blockchain ecosystem. Its BNB token lost $11 to $230, up 6% in seven days.

Ripple’s XRP token, a payment asset exchange and money transfer system, acts as a bridge for transfers between other currencies. XRP lost more than 3 cents to fall below 32 cents and its price was where it was seven days ago.

Cardano is an open-source dApps-facilitating network that bills itself as an upgraded version of Ethereum. Its ADA token, designed to allow holders to participate in the operation of the network, fell 3 cents below 45 cents and fell slightly for the week.

Solana is a blockchain built to make decentralized finance available on a larger scale – and is capable of processing 50,000 transactions per second. Its SOL token is down $2.50 to $35.21, but that’s 7% higher than its value a week ago.

The DOGE meme coin was created as a satire on the hype surrounding cryptocurrencies, but is now a major player in the space. DOGE lost more than 0.5 cents to 6.5 cents, bringing it down 2% for the week.

Polkadot was founded by the Swiss Web3 Foundation as an open source project to develop a decentralized network. Its DOT token, designed to securely connect blockchains, fell 50 cents to $6.74, down slightly from its price a week ago.

Avalanche is a lightning-fast auditable platform for institutions, businesses and governments. Its AVAX token lost nearly $2 to $18.32, up 9% for the week.

To see how valuations of major coins have changed recently – and get a roundup of the latest cryptocurrency news – Click here.

See below for a ranking of the top 100 coins by market cap in USD plus 24-hour price change.

Royal Mail workers have called off November strikes but will resume...