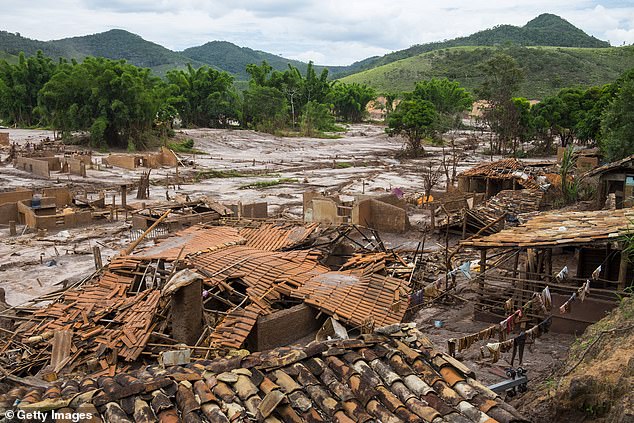 Global mining giant BHP has lost an appeal in a London court that tried to block a £5 billion claim by 200,000 Brazilians over the 2015 dam accident that caused the South American country’s worst environmental disaster.

In what lawyers for the claimants called a “monumental decision”, the Court of Appeal overturned earlier decisions and ruled that the group’s legal action could continue in the UK.

The lawsuit will be one of the largest ever heard in the English courts.

“A time when huge corporations did what they wanted in countries on the other side of the world and got away with it,” said Tom Goodhead, managing partner of the PGMBM law firm, which represents Brazilian individuals, businesses, churches and municipalities. BHP, the world’s largest mining company by market value, whose shares are listed in London and Sydney, said it would consider an appeal in the Supreme Court.

The collapse of the Fundao dam, owned by Samarco between BHP and Brazilian iron ore giant Vale, killed 19 people as more than 40 million cubic meters of mud and mining waste poured into the Doche River, destroying villages and reaching more of the Atlantic Ocean. 400 miles away.

The lawsuit is the latest to explore whether multinational companies can be held liable on their own territory for the conduct of foreign subsidiaries, mimicking cases brought in London against miner Vedanta and oil giant Shell over alleged pollution and oil spills in Africa.

BHP dismissed the case as frivolous and wasteful, saying it would duplicate legal proceedings and reparation and repair programs in Brazil, which would already cost almost £5 billion.

But the plaintiffs’ lawyers argue that most clients have not brought cases in Brazil or sought compensation that excludes them from English proceedings, and that the Brazilian legal process is too lengthy to provide full compensation in a realistic time frame.

The case got off to a rocky start after the High Court and initially the Court of Appeal blocked it as “irretrievably unmanageable”.

But senior judges yesterday said there was a realistic prospect of a future trial that would bring a “real and legitimate advantage” to the claimants.

Is violence against politicians worsening?

Why isn’t love island on tonight? How ITV viewers can...

Loughgall extend their lead as Ballinamallard and Institute claim their first...

The Bank of England is expected to raise interest rates to...

Liz Truss has been appointed as the new Prime Minister after...