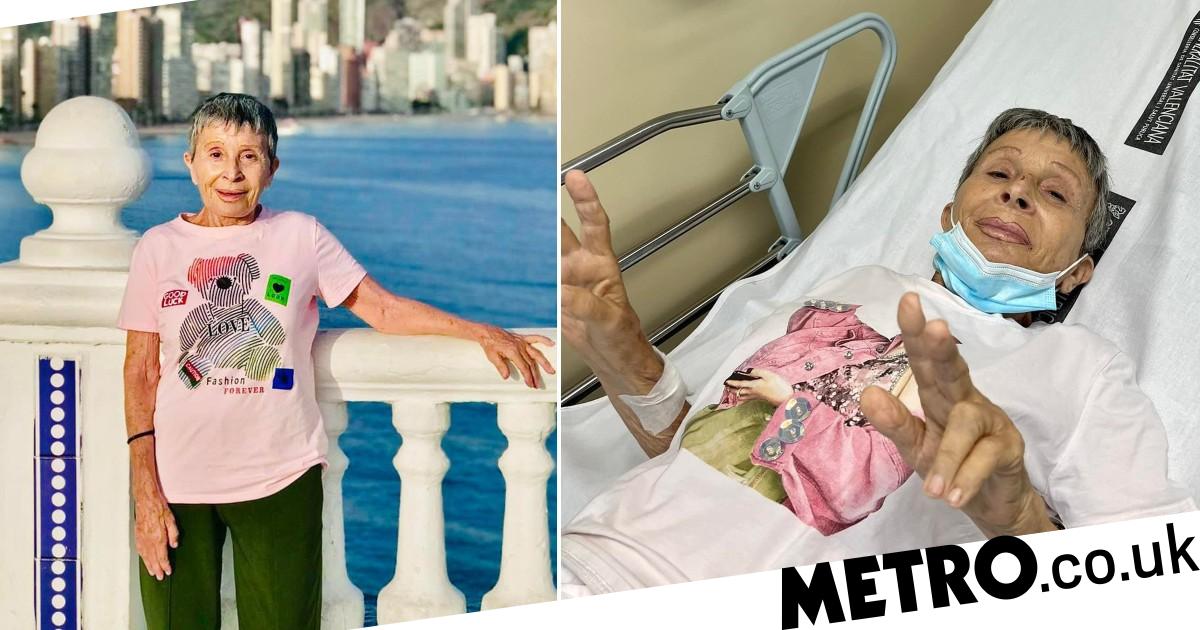 Benidorm star Sticky Vicky was rushed to hospital after smashing her knees while getting into a car.

The 79-year-old is known for her X-rated magic shows at the Spanish resort, which is popular with British holidaymakers.

Vicky – real name Victoria Araguez Godea – spent five days in hospital where she had staples inserted in her knees before being discharged.

But she was still in pain after returning home, and one leg became infected, so she had to return for treatment.

Fans around the world were flooded with messages of recovery, with Claire Tucker saying: “Nasty injury, please take care and get well soon.”

Denise Hanshorn added: “Oh my God, that was some fall. I hope you get better soon.”

Dina Toll said: “Get well soon and I wish you a speedy recovery.”

Vicky spent 35 years entertaining millions of tourists with her racy routines. This involved pulling objects – such as ping pong balls and beer bottles – from inside her body.

She retired in 2016 at the age of 72. An estimated six million people have seen her show since she started it in the mid-70s.

Since then, her daughter Maria Godea Aragus has taken over her mom’s daring regime.

Mhairi Black hits back at claims Rosie Duffield is being ‘bullied’

It is reported that the fourth leak has been detected on...