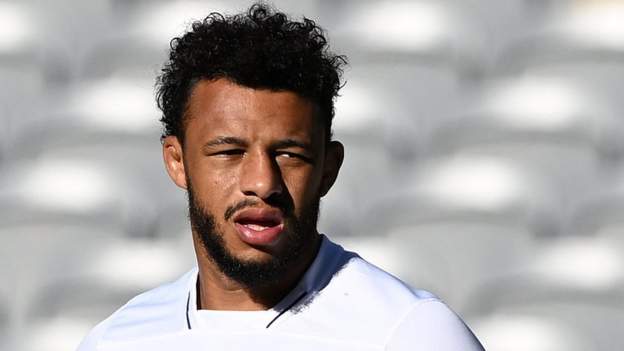 England captain Courtney Lawes says “patience” will be needed while the team “develops as a team”.

Lowes will lead England into the second Test against Australia on Saturday as they look to level the scores after losing the opening game.

Guy Porter and Tommy Freeman will make their debuts in the game, while Jack van Poortvliet will start.

Laws said that at this stage the performance is more important than the win.

“I’m not taking anything away from winning because we’d love to win, but developing as a team and getting us going in the right direction is definitely at the forefront of our minds,” he said.

The fourth change for the second Test in Brisbane will see Sam Underhill replace Tom Curry, who has been ruled out of the tour with concussion.

“Just because we have a new team and a new strategy and we’re trying to find our DNA as a team because we have so many new players doesn’t mean we don’t feel we’re good enough to beat Australia. We certainly are,” Laws said.

“We will do everything in our power to win the series. But at the same time, yes, we’ve had the conversation that we’re making these changes for a reason.

“We believe it will unlock our potential and make us a better team for it. Maybe not now, it’s going to take time to get there and we’re going to be patient.

“We’re going to have ups and downs, that’s for sure. But while we’re building to the final product, which we have in the foreground, that’s what’s important to us.

“Off the pitch we are as close-knit a team as I have ever been involved with in an England shirt. This is 100% true. Thanks to this, we are all on the same page.

Tanya Hennessey opens up about her emotional frustration with trying to...

Kendall Jenner goes braless in a paper-thin gray dress at the...

Who Is The New Love Island Host Maya Jama? MailOnline...

A smiling Lauren takes her daughter Larose to the pumpkin patch

Will Seahawks Running Back Kenneth Walker III be ready for Week...