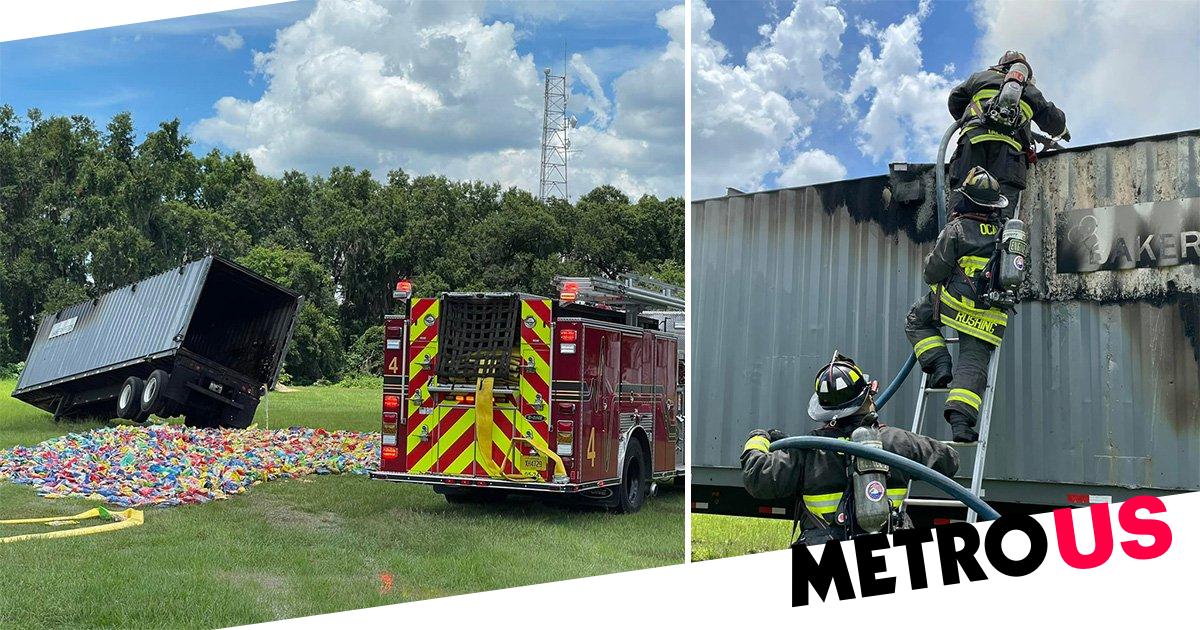 A truck carrying 40,000 pounds of potato chips caught fire outside a production site in Florida.

Firefighters were called to a fire at Outlaw Snax in Ocala.

Footage captures the moment firefighters tackled the inferno as colorful bags of crisps float out from behind.

Firefighters used a “deck cannon” – a high-powered jet stream used to extinguish fires with clear line of sight – to extinguish the fire.

There were no casualties as a result of the fire.

The cause has not yet been determined.

This is not the first time that a fire related to chips has been reported.

In November 2021 The Walkers factory in Leicester had to be evacuated after a massive fire broke out inside.

Firefighters were dispatched from across the city to tackle the blaze as the huge facility filled with smoke.

The alarm was raised shortly before 10.45am.

A special unit was sent to cut away parts of the factory’s damaged roof in an attempt to pinpoint the source of the fire.

Rescuers confirmed that there were no casualties.

Security tips from North Yorkshire Police to deal with thieves

Pop star Peter Andre: ‘I want to be the next James...