Newsheadlinesuk.com
Home United Kingdom A Tory MP blamed Mick Lynch for the state of the trains... 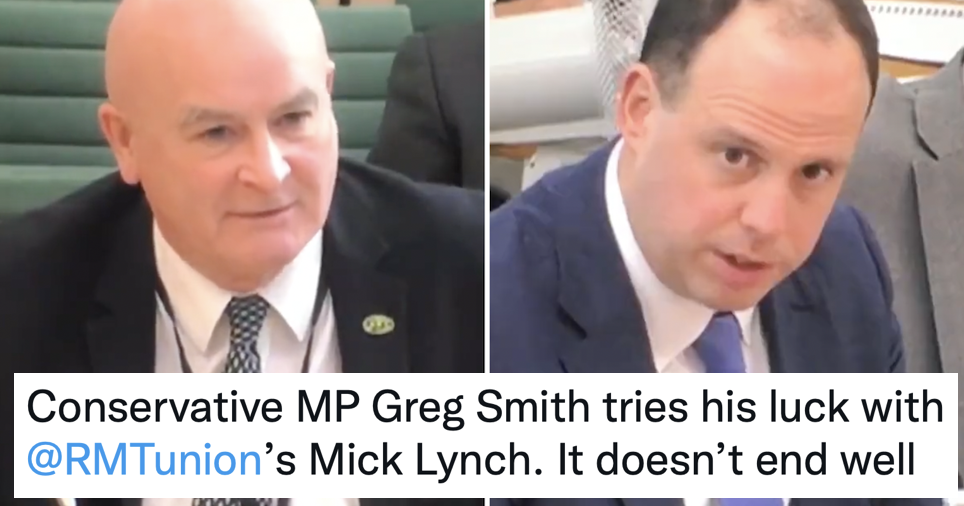 Rail has been rubbish in this country for as long as we can remember, but Conservative MP Greg Smith believes he has identified the real problem with the pisspoor rail service.

This is RMT leader Mick Lynch.

The boss of the rail union addressed MPs on Wednesday and there was no end in sight to the industrial action that has gripped the network.

And we mention that exchange because Smith thought he had a slam dunk only for Lynch’s response to completely derail him.

Conservative MP Greg Smith is trying his luck with @RMTunionMick Lynch. It does not end well pic.twitter.com/mWzIo1mccy

Tory MP Greg Smith asks the RMT’s Mick Lynch if strikes are driving people away from the railways. 🚆

Lynch: “When do we strike or when don’t we strike? And on days when we’re not on strike, when it’s also completely useless? It’s your government’s fault.”

We are being driven away (like what I did there 😜) from the railway because it is not worth the price, crowded due to limited capacity and unreliable. Nothing to do with strikes. Nationalize now!

Mick Lynch mops the floor with Tory MP Greg Smith. You just love to see it!

I’d argue strike days are more convenient – at least I know my train isn’t running, makes a nice change compared to most times I turn up and it’s heavily delayed or canceled

In the latest strikes against Ukraine, Russia is hitting Kiev with...