Newsheadlinesuk.com
Home World A pilot lands on a freeway next to passing cars after an... 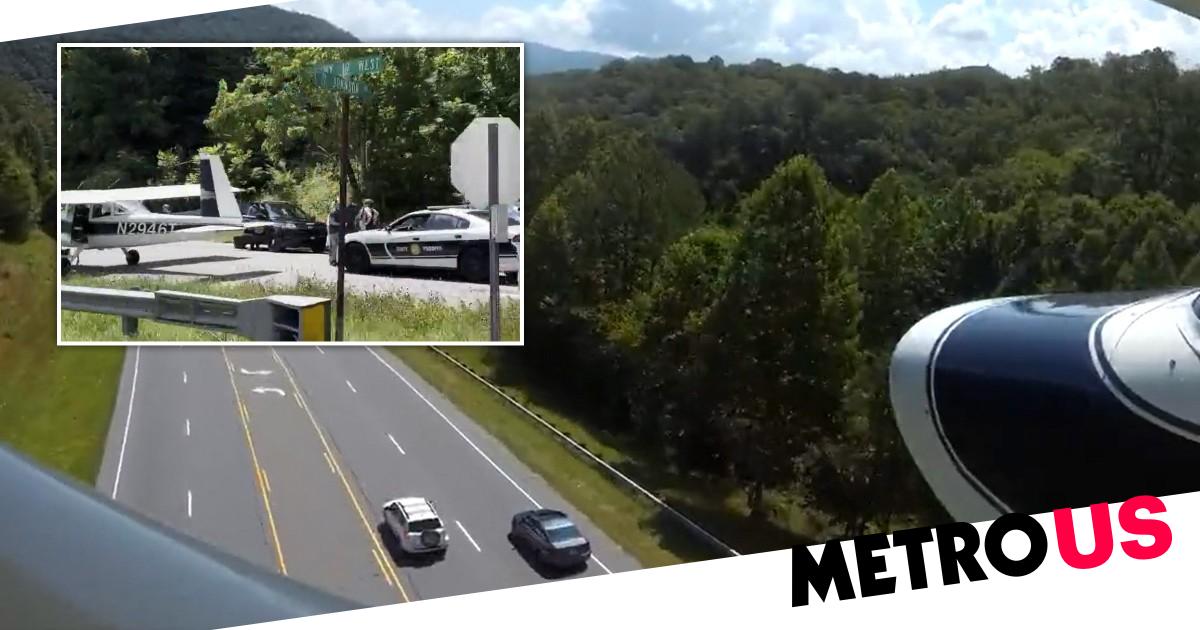 A pilot has released horrifying footage of the moment he was forced to make an emergency landing on a major freeway in the US.

Vincent Frazier was flying over rural North Carolina with his father-in-law when his single-engine propeller plane’s engine failed.

He told local media: “I started going through my checklist and I managed to get the plane to restart and fly a bit, but it only flew for 3-5 seconds and then it came back and started to sink again.”

Noticing Route 19 below, he began his descent, forced to weave between traffic coming in both directions as he approached the tarmac along the curve.

Local emergency services were inundated with calls that the plane had crashed, but it emerged that it had managed to land safely in a location where “one car was coming”.

He made the daring landing despite having less than 100 hours of flying experience, having passed his pilot’s test just eight months ago.

The highway was considered the only stretch of flat land in a mountainous area covered with trees.

Mr Fraser added: “By the grace of God I looked to the left and you couldn’t have seen it before because, you know, it’s all valleys and mountains but there’s a road – the road I landed on just to the right. there, perfectly lined up.

The footage was shared on social media, where commentators marveled at the pilot’s skills, as well as the dangerous situation other drivers found themselves in.

Arlen Parsa wrote: “Just imagine what it would be like if I were driving, minding my own business, and suddenly a plane landed in my lane in front of me.”

Swain County Sheriff Curtis Cochran told a local reporter, “The call came out like a plane crash, so we’re just very thankful that it didn’t happen because the circumstances would have been completely different.”

An investigation has been launched into the incident.

Imprisoned at York Magistrates’ Court for fraud and other offences

Rugby World Cup: Scotland’s Chloe Raleigh out of the tournament

The select group that Ronald Acuña joined in 2022