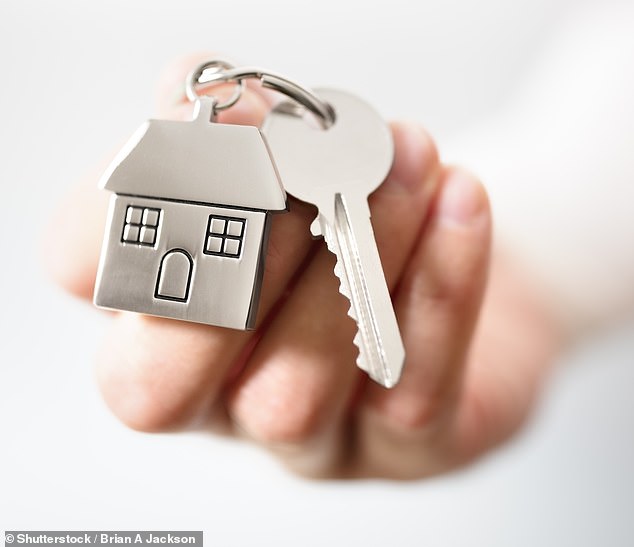 British housebuilders have warned that a controversial £3bn levy will blow a hole in Britain’s affordable housing revolution.

New estimates from the House Builders’ Federation (HBF) show that 75,000 homes intended for low-income families could be axed due to a charge the industry says is “unfairly” targeted at British companies.

The organization expressed its concerns in a letter to Greg Clarke, the incoming Secretary of State for Upgrading, Housing and Communities, The Mail on Sunday reports.

Warning: New estimates from the Federation of Home Builders show 75,000 homes earmarked for low-income families could be scrapped

He wants Clark to reassess the proposal, which was put forward in the wake of his predecessor Michael Gove’s cladding scandal, which angered builders by branding them a “cartel”.

Foreign firms will evade the tax, the letter says.

“Your predecessor, inevitably, was that if a company wanted to avoid its liabilities and minimize its costs, it would be best to locate its headquarters overseas or ignore reasonable requests from ministers,” the letter, seen by the MoS, reads. .

He said: “The Government must act to make other responsible parties pay their share, rather than taking the easy option of targeting UK builders again for a problem they did not create.

“To say ‘it’s too hard’ to get contributions from other parties is unacceptable and will humiliate British businesses that employ hundreds of thousands and pay billions in UK tax.”

Peter Truscott, chief executive of FTSE250 firm Crest Nicholson, told this newspaper: “As a sector, we have stepped up to the plate.

“We are outraged by what [£3billion] the suggestion that we should finance buildings that we have absolutely nothing to do with are built [companies] which either no longer exist or live abroad.

“Money is not free. It’s a straight choice between dividends paid into UK pension funds and foreign property developers.’

The government’s estimate of the £3 billion figure has also been criticized, with one chief executive saying it was “pulled out of thin air”.

David Thomas, the boss of the UK’s biggest housebuilder Barratt Developments, wrote to Gove in May to express his “deep disappointment” that a £3bn levy, originally aimed at firms building high-risk blocks, would now apply to the whole industry.

He said expanding the levy would punish those “who are not responsible” for the cladding scandal.

In January, Gove ripped apart government policy, saying developers should bear the full cost of repairing cladding and other defects after the Grenfell fire in 2017. He also threatened to shut down construction firms that refused to contribute to a new building safety fund.

The daughter of Putin’s ally Alexander Dugin died in a car...