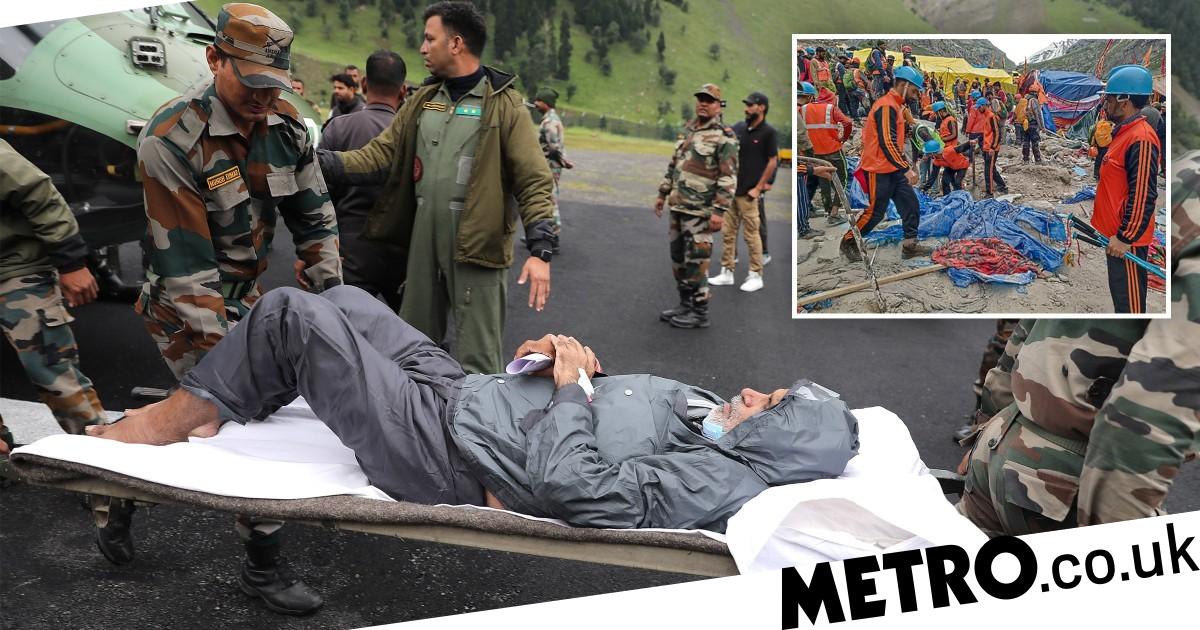 Flash floods have killed, injured and displaced dozens of people on an annual religious trip to India.

Every year, thousands of Hindus go to the Amarnath cave shrine in the Kashmir region.

They are forced to worship the Lingam, a natural ice stalagmite, which they believe is the embodiment of Shiva, the god of destruction and restoration.

The ice cave is covered with snow most of the year, except for a short period of summer when it is open to pilgrims.

An estimated 15,000 people have been to the mountains this year after the Covid pandemic canceled the trip for the past two years. This year’s pilgrimage began on June 30 and was supposed to last 43 days.

But last night the trip was canceled due to a cloudburst (a very large amount of rainfall in a short period of time) causing severe flooding.

The numbers are not yet final as emergency crews are still working to get everyone to safety, but the death toll is currently at 15.

Dozens of injured people are being airlifted to hospitals, and at least 40 are missing.

Most of the hikers were moved to the lower base camp of the mountain as their original camp was completely destroyed.

The flood swept away about 25 tents and three community kitchens.

Indian Prime Minister Narendra Modi said he was “sorry” by the disaster and expressed his condolences to the families of the victims.

He said he made sure “every help” was provided.

The trip usually ended on August 11, when the moon was full. Hindus believe that the moon honors Shiva, who reveals the secret of the creation of the universe.

It is not yet clear whether it will be possible to continue this campaign. The pilgrimage is often a dangerous journey due to harsh weather and icy mountains.

In 1996, during the hike, thousands of people were caught in a terrible snowstorm, which led to the death of more than 250 people.

Infill houses: this architect built a compact house on a tiny...

5 in Hong Kong sentenced to prison for the sheep book

Incredibly slow progress on gender equality as 96% of UK CEOs...

“They just made Fakhar a scapegoat”